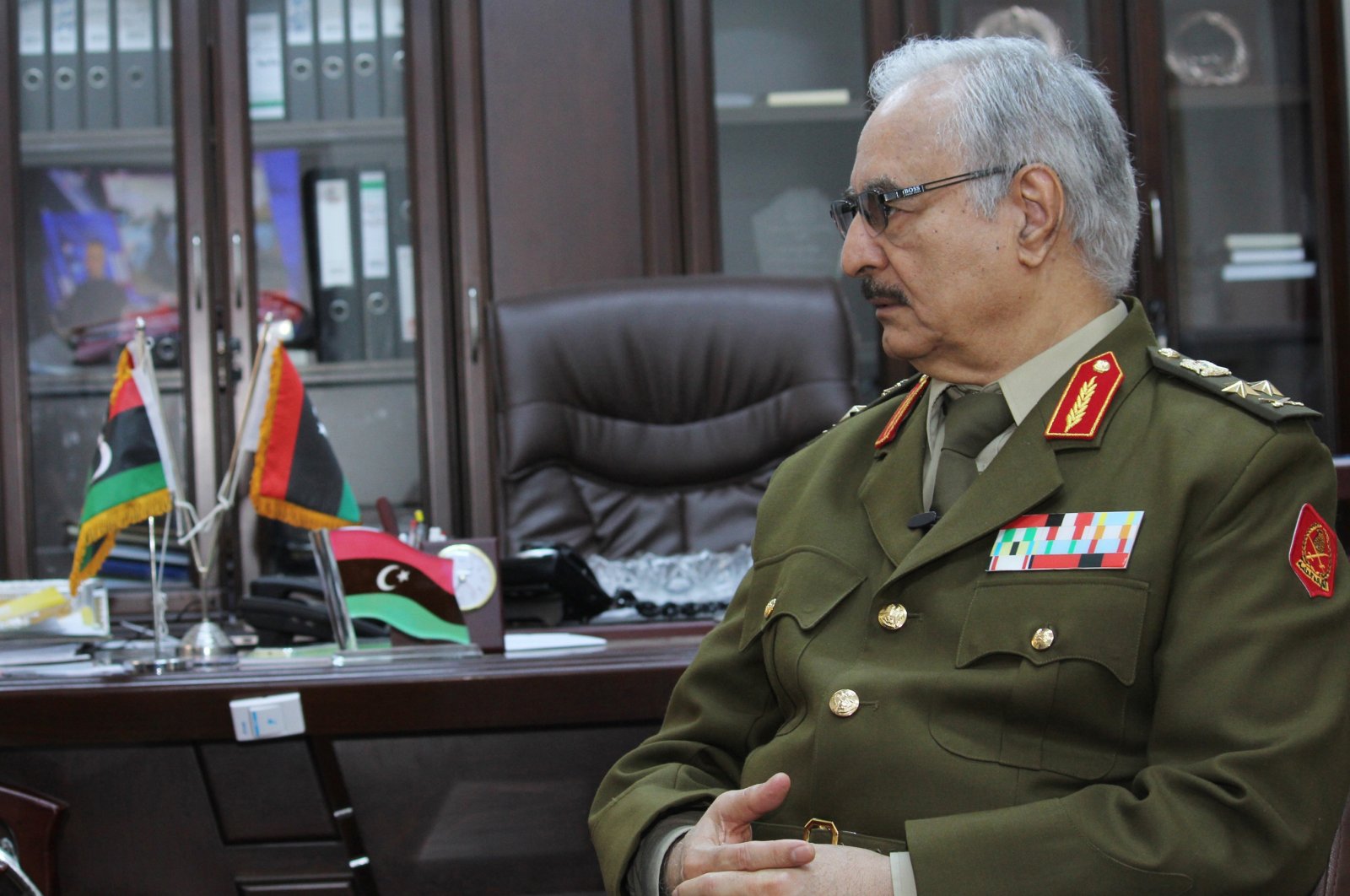 Libya's political and military establishments rejected any constitutional basis that would pave the way for putschist Gen. Khalifa Haftar to become president.

Speaking after the latest meeting of the Libyan Political Dialogue Forum (LPDF) held in Switzerland on June 28-July 3, the chairperson of the Libyan High Council of State, Khalid al-Mishri, blamed some members in the forum of failing Libyans by refusing to agree on conditions that prevent military leaders from vying for the country's presidency.

"Remove your military uniform, drop your foreign citizenship, and settle your legal case on war crimes, but you will lose at the ballot boxes just as you lost at the ammunition boxes," al-Mishri said in a Facebook statement targeting Haftar.

Meanwhile, Libya's Justice and Construction Party (JCP) said they are totally against the return of dictatorship in the country.

"The Justice and Construction Party looks forward to working with all political and national forces to reach a stable and civil state that alleviates the suffering of the people and rejects the return to despotism and establishment of a one-man rule," JCP said in a Facebook statement.

For its part, the Western Tripoli Protection Force rejected any proposal that will pave the way for the candidacy of someone who "shed the blood of Libyans and attempted a coup against the country's legitimate government."

As part of a U.N.-led dialogue, the 5+5 Joint Military Committee meetings were held on Oct. 23, 2020, in Geneva, Switzerland. As a result of the meetings, a permanent cease-fire agreement was signed between the legitimate Libyan government and a delegation affiliated with Haftar.

Within the scope of the political process that started after the cease-fire agreement, the LPDF decided in November last year that elections would be held in December of this year.

Libya has been in turmoil since 2011 when a NATO-backed uprising toppled longtime ruler Moammar Gadhafi, who was later killed. The country has since split between Haftar’s forces in the east and the U.N.-backed Government of National Accord (GNA) in the west.

Haftar’s offensive, supported by Egypt, France, the United Arab Emirates (UAE) and Russia, collapsed in June 2020 when militias backing the Tripoli government, with support from Turkey, gained the upper hand.

According to the chief prosecutor of the International Criminal Court (ICC), his offensive amounted to war crimes, as it involved the use of mines and a pattern of violence that harmed civilians.

Despite presenting an image of a secular and Western-oriented leader, Haftar has largely shut Western journalists out of his territory. In a rare visit, The New York Times described the Haftar administration's rule over areas controlled by his forces as “unwieldy authoritarianism that in many ways is both more puritanical and more lawless than Libya was under its last dictator, Moammar Gadhafi.”

While local people in Benghazi complain of the corruption of tribal militia leaders and former Gadhafi officers, unexplained bombings, abductions and detentions without trial were reported. Also, they reported that extremists have taken control of the mosques and religious broadcasting and could be infiltrating the police force. At the end of a four-year assault, Haftar forces took control of Benghazi in 2017. Nearly three years have passed, yet the streets of Benghazi still resemble a ghost city with ruins and wreckage.