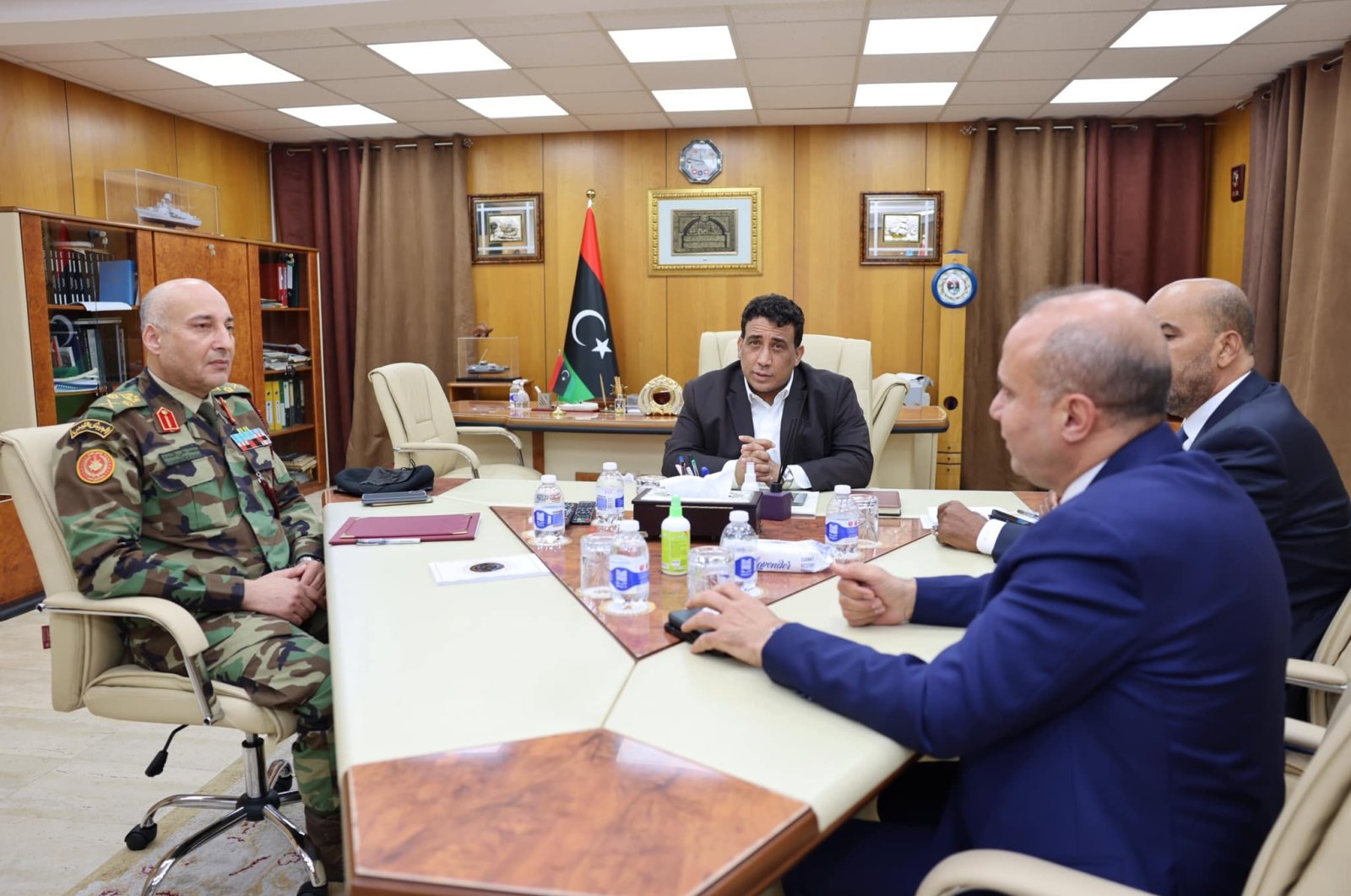 Libya’s Chief of General Staff Muhammad al-Haddad and the head of the Presidential Council, Mohammad Younes Menfi, discussed unifying the country’s military institutions in a meeting held Tuesday, according to a statement made by the council.

The meeting touched upon establishing a mechanism to unify the military institutions, creating an army free from political disputes and supporting a civilian state structure.

In April 2019, Libya’s putschist Gen. Khalifa Haftar and his forces, backed by Egypt, Russia, France and the United Arab Emirates (UAE), launched an offensive to try and capture the capital, Tripoli. His 14-month campaign collapsed, and the fall of Tripoli was prevented after Turkey stepped up its military support of the United Nations-backed government.

The former Libyan defense minister had said the Turkish military would provide assistance to restructuring the Libyan Army into a regular army based on the model that was used in training the Azerbaijani army.