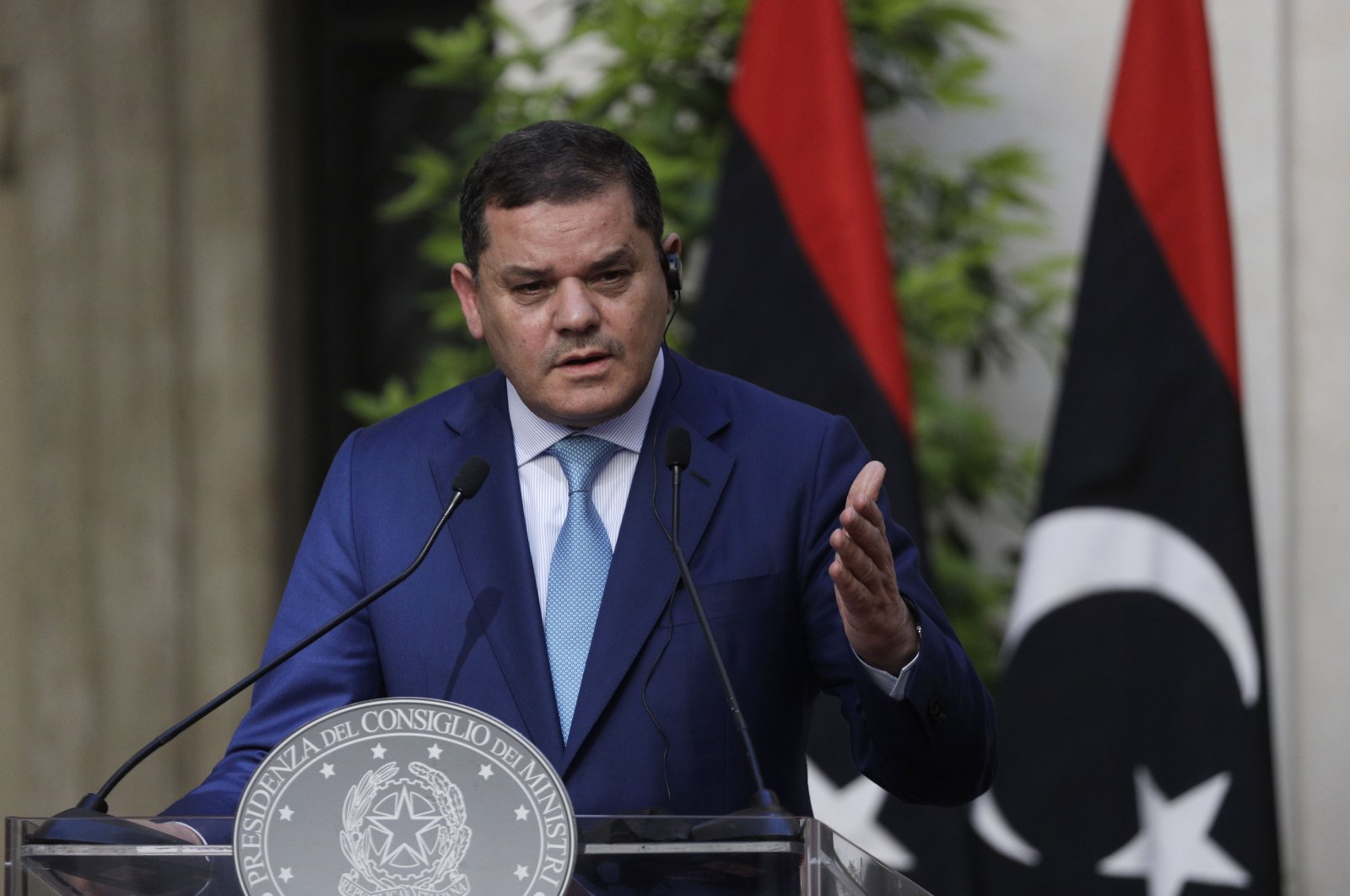 Libyan Prime Minister Abdulhamid Dbeibah delivers his statement at the end of a meeting with Italian Prime Minister Mario Draghi at Chigi palace, Premier's office, in Rome, May 31, 2021. (AP File Photo)
by DAILY SABAH WITH AA Jan 13, 2022 8:58 am
RECOMMENDED

"That didn't happen and won't happen in the future, our stance is firm and clear on the Palestinian cause," according to a Libyan government statement released Wednesday.

The statement follows Saudi-run Alarabiya Alhadath TV claims earlier Wednesday that Dbeibah met the Israeli intelligence (Mossad) chief in Amman to discuss normalizing relations. The report did not specify a date for the meeting.

Haftar Jr., whose private jet took off from Dubai, arrived at Ben Gurion Airport on Nov. 1, the report by Haaretz said.

During his 90-minute long visit, the putschist general’s son sought Israel’s military and diplomatic support in exchange for establishing diplomatic relations with Tel Aviv. However, the report did not identify the officials or individuals whom he spoke to during the visit.

In an opinion piece published by the London-based Middle East Eye, Israeli journalist Yossi Melman said members of Mossad met with Haftar in Cairo several times between 2017 and 2019.

On the other hand, Israeli daily The Jerusalem Post reported that Israeli officers were present in LNA-controlled areas between August and September 2019 to train Haftar's militias on street warfare tactics. The report added that the United Arab Emirates (UAE) supplied Haftar's forces with Israeli missile defense systems to repel drone attacks by the GNA army.

Libya has seen months of relative peace since the agreement, with a new unity government taking power early this year charged with leading the country until the December elections, which have been postponed due to various reasons.