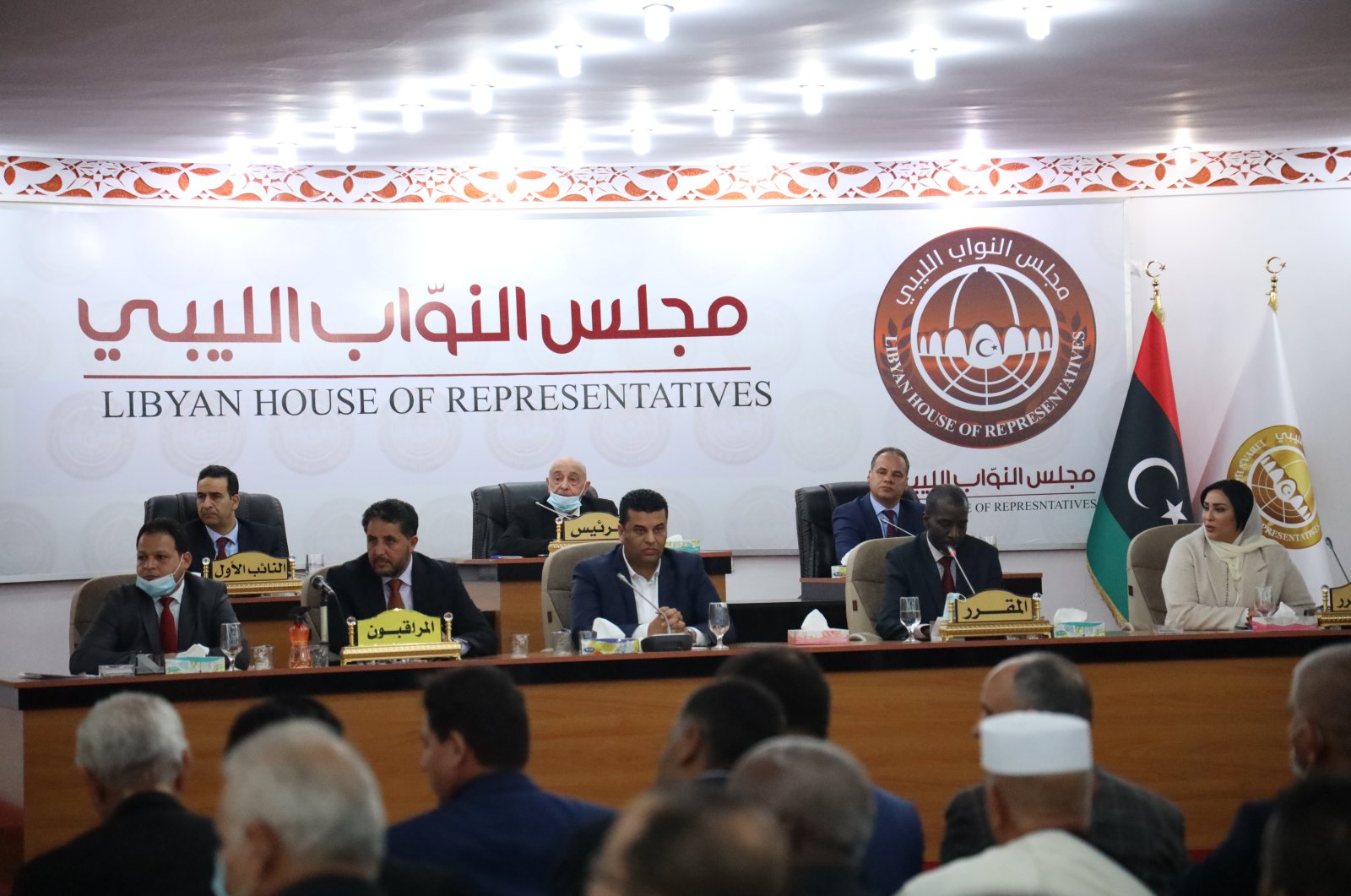 The eastern-based parliament in Libya on Tuesday suspended its session meant to discuss the development of a plan for holding elections.

The session in Tobruk on Monday and Tuesday represented a first effort by Libya's fractured political class to chart a way forward after the election was delayed following disputes over the rules.

However, Monday's session was disrupted amid heated arguments after various proposals were introduced to push back the election date, as well as for restructuring the interim government and constitutional changes.

Tuesday's session had been expected to include votes on those proposals. The parliament spokesperson did not give any immediate reason for suspending the session.

It leaves the futures of the electoral process, the interim Government of National Unity (GNU) and Prime Minister Abdul Hamid Mohammed Dbeibah uncertain.

Dbeibah's eligibility as a presidential candidate was a major cause of disagreement in the run-up to the election.

On Monday, U.N. special envoy Stephanie Williams told Reuters that the main focus should be on moving forward with elections, which are wanted by a majority of Libyans.

Simultaneous presidential and parliamentary elections were conceived last year through a U.N.-backed political road map as part of a plan to end a decade of chaos and violence since the 2011 NATO-backed uprising that ousted Moammar Gadhafi.

The parliament was elected in 2014 but split soon afterward as the country divided between warring eastern and western factions, with most of the chamber relocating from the capital Tripoli to Tobruk and backing the eastern side in the conflict.

This week's session was one of the rare moments since 2014 that brought together more than 100 parliament members from across the fragmented political scene to take part in a debate and vote on Libya's future.

The parliament declared the British ambassador persona non grata after Britain said the GNU remained valid and that it would not recognize any new move to set up a parallel government, Anadolu Agency (AA) reported Tuesday.

The parliament's spokesperson, Abdullah Belhaiq, said Britain's Ambassador to Tripoli Caroline Hurndall was declared persona non grata and that they would inform the foreign ministry to launch procedures.

East-based pro-putschist Gen. Khalifa Haftar journalists, politicians and activists had called on the government to expel the envoy, while Tripoli-based counterparts supported and welcomed Hurndall's statements.

Libyan experts note that the parliament's decision is not binding and is only advisory.