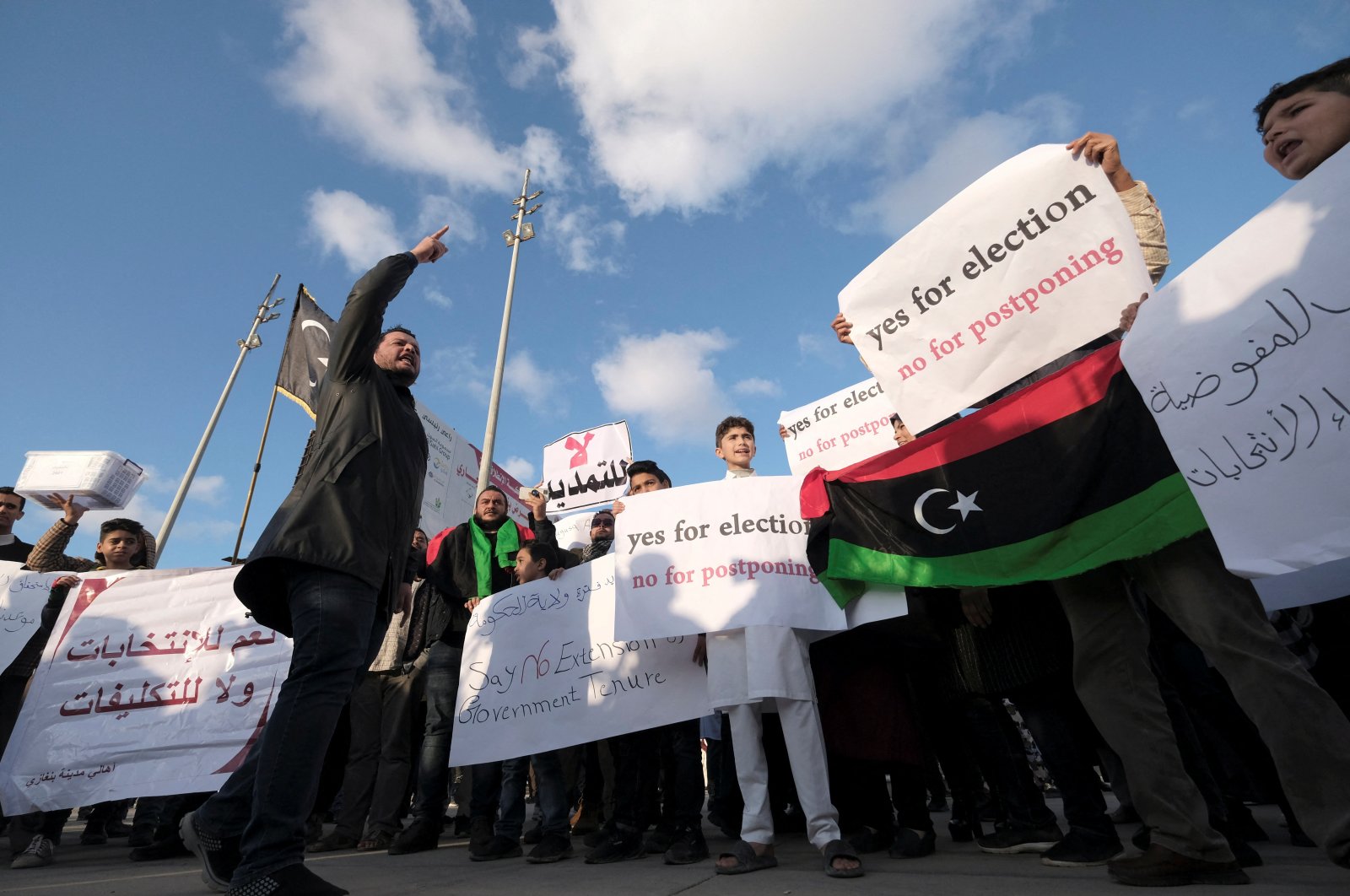 The U.S. and some European countries called on Libyan authorities to determine a final date for elections without further delay.

France, Germany, Italy, the U.K. and the U.S. appealed to authorities in a statement "to respect the aspirations of the people for prompt elections by swiftly determining a final date for the polling and issuing the final list of presidential candidates without delay."

On Wednesday, the electoral commission canceled elections that were scheduled for Dec. 24, citing a lack of preparedness and disagreements.

Voting has been postponed until January.

The statement said it was important to maintain momentum for the goal of holding "free, fair and credible elections" and to elect a representative and unified government.

The much-awaited polls were expected to mark the first step of the war-torn country toward political stability.

Since a NATO-led intervention in 2011 overthrew Moammar Gadhafi's regime, Libya has spiraled into chaos and civil war controlled by rebel armies and foreign fighters.

In March, an interim government was sworn in – replacing the U.N.-backed Government of National Accord (GNA) controlling Tripoli and the Western region, and the eastern-based Libyan National Army (LNA), led by putschist Gen. Khalifa Haftar.

Although Libyans were eagerly awaiting the elections that could pave the road for political transition, various political factions and presidential candidates had disputes and disagreements on the mechanisms of the electoral process and the conduct of elections.

Western powers said they were ready to hold to account those threatening the stability or undermining the political and electoral process in Libya, by designating U.N. sanctions.

They vowed to uphold the "U.N.-facilitated, Libyan-led and owned political process."