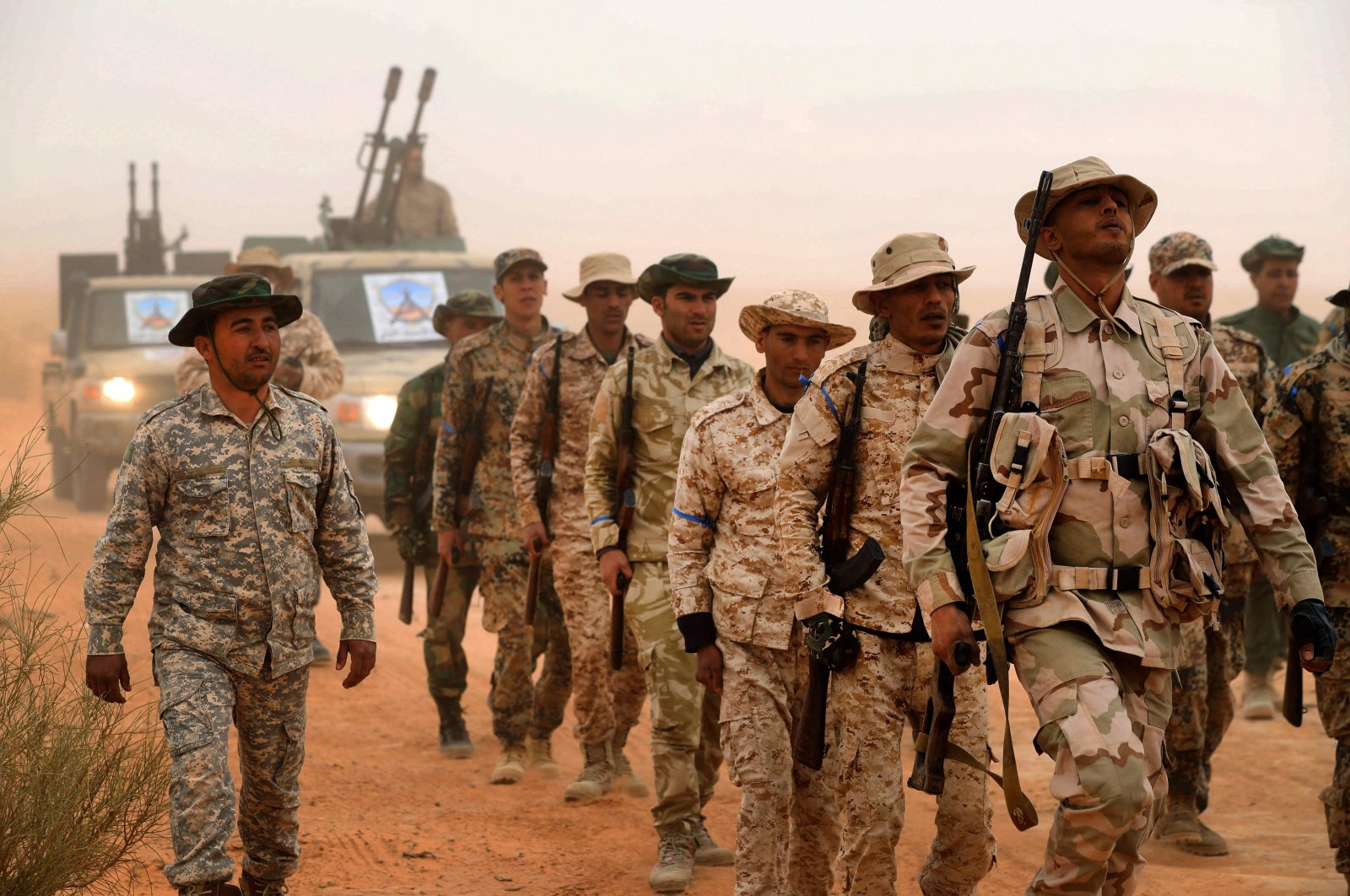 Mohammad Menfi, head of Libya's Presidential Council, called for reconciliation between the war-torn country's institutions Monday, expressing his support for the executive authority.

Menfi received Jan Kubis, the United Nations Special Envoy to Libya, at his office in Tripoli and Raisedon Zenenga, the coordinator of the U.N. Libya Support Mission (UNSMIL), according to a statement from the Presidential Council.

Pointing out that the new executive authority depends on the decisions taken in Geneva, Menfi said that comprehensive reconciliation between institutions should be achieved, as well as the unification of state institutions and support for the 5+5 Joint Military Committee to continue its work.

Kubis stated that the U.N. and UNSMIL favor stability and a political solution in Libya, stressing that they support all efforts to unite state institutions and the 5+5 Joint Military Committee.

According to the U.N.-led strategy for the Libyan Political Dialogue Forum, President Menfi, Prime Minister Abdul Hamid Dbeibah and the incoming administration are expected to lead the country to elections by Dec. 24, 2021.

In another meeting, the U.S. Secretary of State Antony Blinken and new Libyan Prime Minister Dbeibah also emphasized the need for a free and fair election and other measures to end the Libyan conflict during a call on Monday, the U.S. State Department said.

The two officials "also stressed the need for full implementation of the ceasefire agreement signed on Oct. 23, 2020, including the removal of all foreign forces and mercenaries from Libya without delay," the State Department said in a statement.

On Feb. 5, Libyan delegates elected Menfi to head the three-member Presidential Council and Dbeibah as the new prime minister.

The Libyan parliament granted a vote of confidence to Dbeibah's government on March 10 with 132 votes of the 133 lawmakers who attended the session.

Libyans hope it will end years of civil war that have engulfed the country since the ousting and killing of strongman Muammar Gadhafi in 2011.