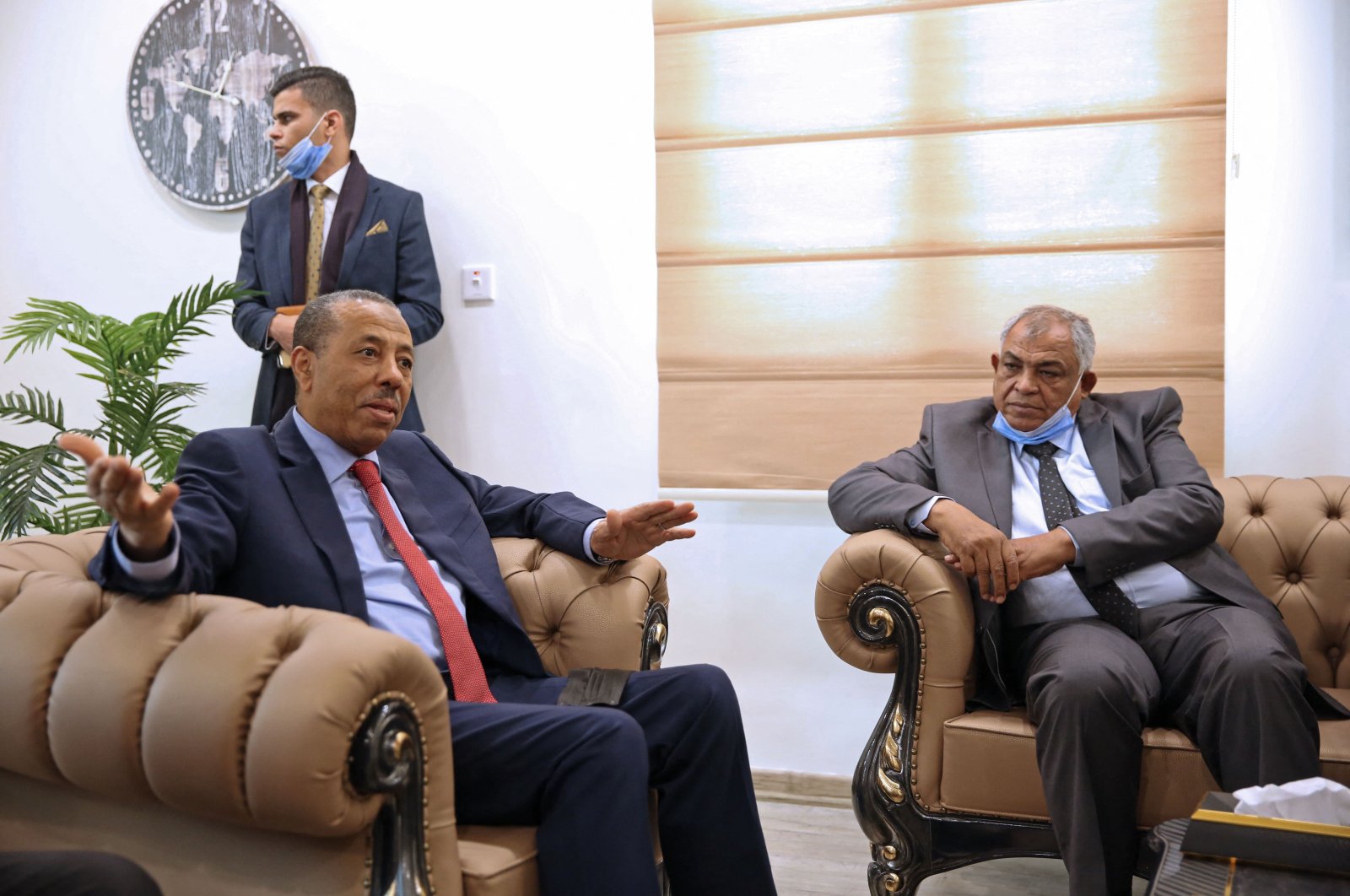 Libya's eastern administration on Tuesday officially handed over power to a new executive that is meant to unify the war-torn country and steer it toward elections late this year.

The Government of National Unity (GNU), selected through a U.N.-supported process, is the latest internationally-backed bid to end a decade of chaos in the North African nation and unite rival administrations.

Led by interim Prime Minister Abdul Hamid Dbeibah, the GNU replaces both the Tripoli-based Government of National Accord (GNA) and a parallel cabinet headquartered in the Cyrenaica region and not recognized by the international community.

The key eastern region has been under the de facto control of forces of putschist Gen. Khalifa Haftar.

Tuesday's handover of power took place at the seat of the parallel eastern administration, headed until now by Abdallah al-Thani, in Libya's second city Benghazi.

Hussein Attiya al-Gotrani, one of Dbeibah's two deputy premiers, and several ministers who had come from the capital Tripoli, including Interior Minister Khaled Mazen, represented the GNU, an Agence France-Presse (AFP) correspondent said.

"The period of division is over," Gotrani was quoted by local media as saying. "The Government of National Unity is at the service of all Libyans, whatever their region."

Libya descended into conflict after dictator Moamar Gadhafi was toppled and killed in a NATO-backed uprising in 2011, with an array of forces battling to fill the void.

Dbeibah was sworn in last week after parliament approved his cabinet in a move hailed by key leaders and foreign powers as "historic."

The interim executive faces daunting challenges to unify the country's institutions, end a decade of fighting marked by international interference and prepare for elections on Dec. 24.

The handover came a week after Fayez al-Sarraj, the outgoing head of the western-based GNA, formally ceded power to the new unity administration.

Haftar has not officially taken part in the political negotiations.