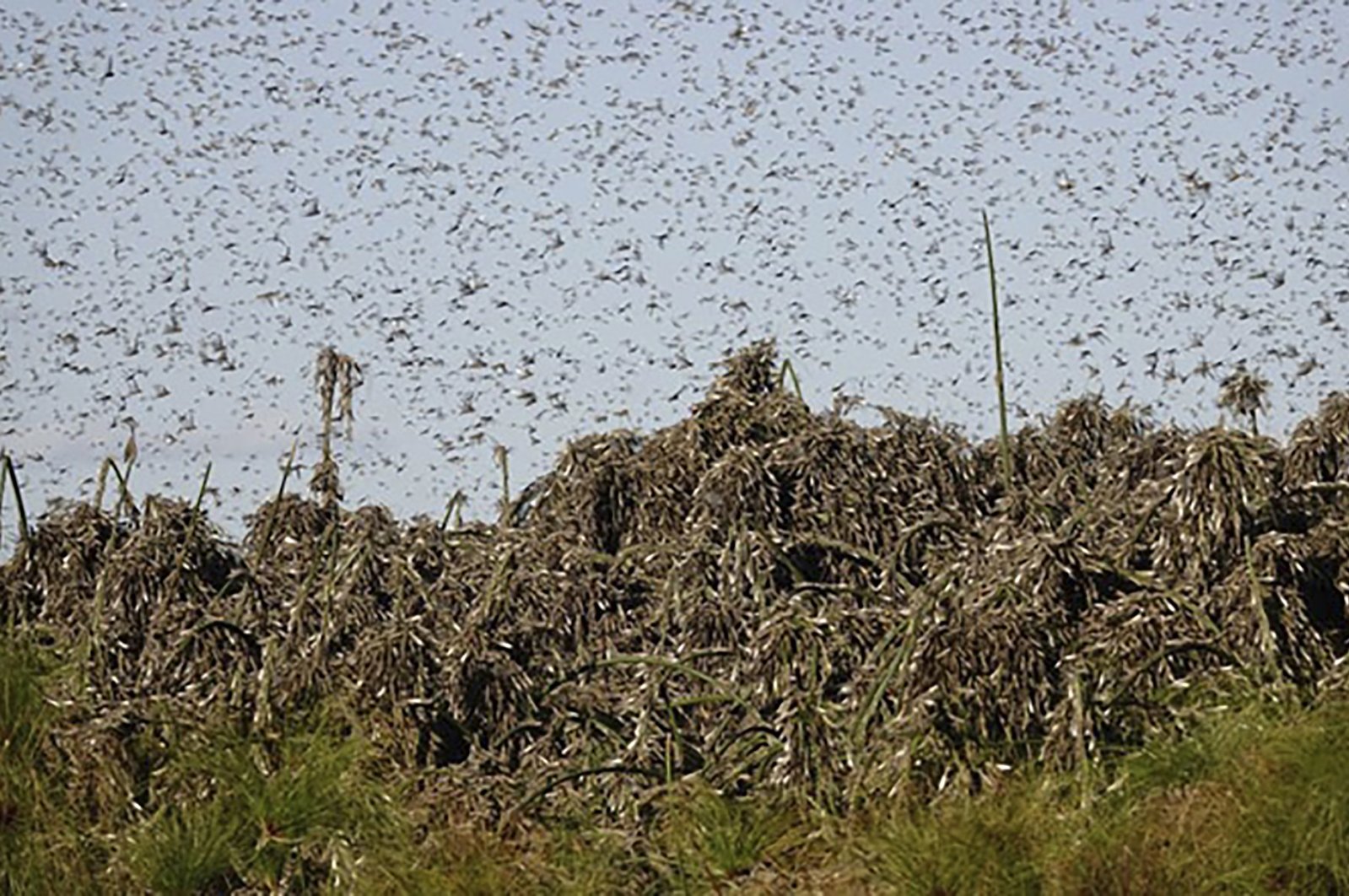 Locusts are threatening another part of Africa, with up to 7 million people in the southern region facing further food insecurity, the United Nations said Friday.

The outbreaks of African migratory locusts in Botswana, Namibia, Zambia, and Zimbabwe are not related to the huge outbreak of billions of desert locusts that have affected East Africa for months, the U.N. Food and Agriculture Organization (FAO) said.

While far smaller, the southern outbreaks need quick attention to prevent a wider problem as farmers and others already struggle to recover from a serious drought last year and the economic effects of the COVID-19 pandemic, the U.N. agency said in a statement.

Swarms of the voracious insects “can eat enough food for 2,500 people in a day,” according to a separate Food and Agriculture Organization document on the southern Africa outbreaks. A single swarm can contain millions of locusts.

While all four countries have launched pesticide spraying efforts that have been called the only effective locust control, the work has been limited, the FAO said.

“The situation is aggravated by the inaccessibility and ecological sensitivity of some of the affected areas,” the agency said. A new emergency response initiative seeks environmentally friendly pesticides along with other support.

One locust breeding area has been Botswana’s well-known and wildlife-rich Okavango delta.

The Botswana outbreak began in May, and the countries and the U.N. decided by late June that the outbreaks were a regional emergency.