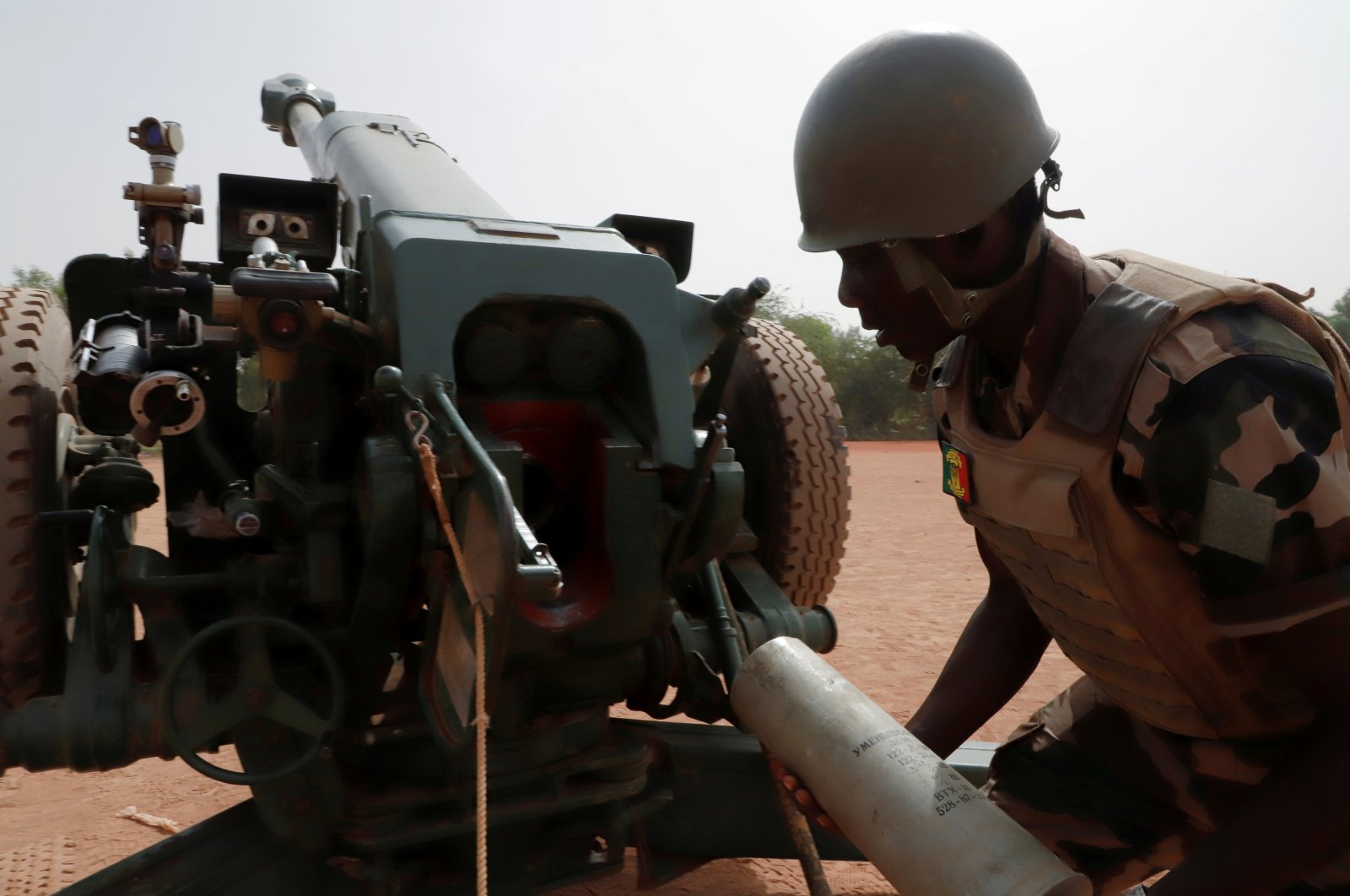 A Malian soldier of the 614th Artillery Battery is pictured during a training session on a D-30 howitzer with the European Union Training Mission (EUTM), in the camp of Sevare, Mopti region, Mali, March 23, 2021. (Reuters Photo)
by French Press Agency - AFP Oct 01, 2021 4:32 pm
RECOMMENDED

Camara enthusiastically welcomed "the reliability and serious nature of this partnership – which has always given us satisfaction." The development of the hardware, which Camara said was from the Russian federation, is likely to raise eyebrows and concern in Europe.

European countries warned the Malian government on the sidelines of last week's U.N. General Assembly against hiring paramilitaries from the controversial Wagner Group, a Russian private security firm. But as Paris prepares to reduce its military presence in Mali, Russian Foreign Minister Sergei Lavrov told reporters at the U.N. that the Malian government was turning toward "private Russian companies" and on what he termed "a legitimate basis."

Mali's army-dominated government is reportedly in the process of hiring 1,000 paramilitaries from Wagner in a move viewed with grave concern among its neighbors as well as former colonial power France, which currently maintains a 5,000-strong counterterrorism mission there.

"We are here this evening to receive four Mi-171 helicopters, arms and ammunition," Camara said on taking delivery of the hardware late Thursday, adding they were "offered by the Russian Federation."

"The four helicopters, new as you can see, were entirely acquired within the national budget," the colonel explained in a video which Agence France-Presse (AFP) has authenticated. "This is the realization of a contract signed in December 2020, which came into force in June 2021."

"The extreme rapidity with which this contract was drawn up shows the reliability and seriousness of this partnership, which has always given us satisfaction in the framework of exchanges where both sides gain," Camara added.

At the U.N., Malian Prime Minister Choguel Kokalla Maiga accused France – which intervened in 2013 to help defeat an extremist insurgency – of abandoning his country with a "unilateral" decision to withdraw troops. He added that Bamako was justified to "seek other partners" to boost security.

The Wagner Group is considered close to Russian President Vladimir Putin and Western countries accuse it of acting on behalf of Moscow. French President Emmanuel Macron told Radio France Internationale late Thursday he was "shocked" by Maiga's broadside and called his reaction "unacceptable."

"It's a disgrace and it dishonors a government that is not even really one," said Macron, referring to the May coup led by army Col. Assimi Goita.