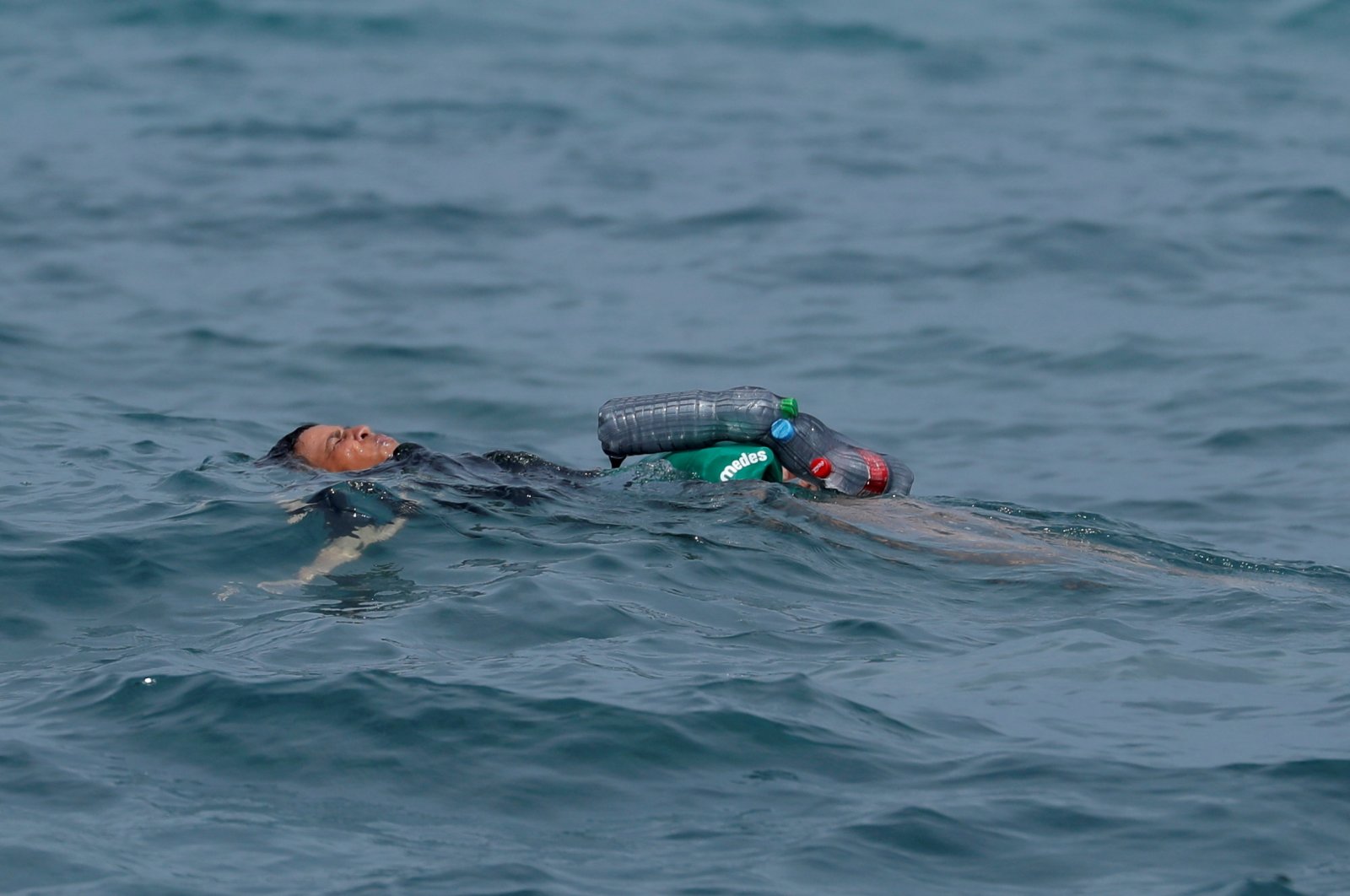 A Moroccan boy swims using bottles as a float, near the fence between the Spanish-Moroccan border, after thousands of migrants swam across the border, in Ceuta, Spain, May 19, 2021. (Reuters Photo)
by REUTERS May 20, 2021 8:56 pm
RECOMMENDED

A Moroccan boy who swam to Spain's North African enclave of Ceuta after Rabat relaxed its borders told a Spanish soldier that he would rather die than return back home. "He didn't want to go back, he didn't have any family in Morocco, he didn't care if he died from cold; He preferred to die... than go back to Morocco," soldier Rachid Mohamed al-Messaoui said.

The boy attracted international media attention as he floated in a dark T-shirt with plastic bottles under his clothes and attached to his arms, crying as he reached the beach only to be led away by soldiers.

"I never heard that from someone so young," the 25-year-old told Reuters, speaking on the beach.

Soldiers accompanied the crying boy through the gate to the security zone between the two countries, along with other migrants. An army spokesperson in Ceuta said he had no information on what happened to the boy.

Deporting minors is illegal in Spain and hundreds have been processed in a makeshift reception center in Ceuta.

The boy was one of some 8,000 migrants who swam or climbed over a border fence into the enclave this week after Rabat relaxed border controls. Spain has deployed troops to Ceuta to patrol the border with Morocco and called the situation a crisis for Europe.

On the northern tip of Morocco across from Gibraltar and with a population of 80,000, the enclave's beaches are only a few hundred meters (yards) away.

Al-Messaoui, who speaks Moroccan Arabic, or Darija, said he tried to put his feelings to one side to help calm those arriving on the beach, acting as a translator for his Spanish army colleagues.

"You feel frustrated, desperate that you can't do more for that boy," he said.

Asked what he would tell the parents of young Moroccans eager to cross over to Ceuta, he said: "Not to let them go, to be with them, and to be united as a family even if there are difficulties of life in their country ... not to let them drift away alone, desperate, helpless."

Spain sent more than half of the migrants that crossed into the country back to Morocco.