No decision on candidacy of Gadhafi's son: Libya election authority 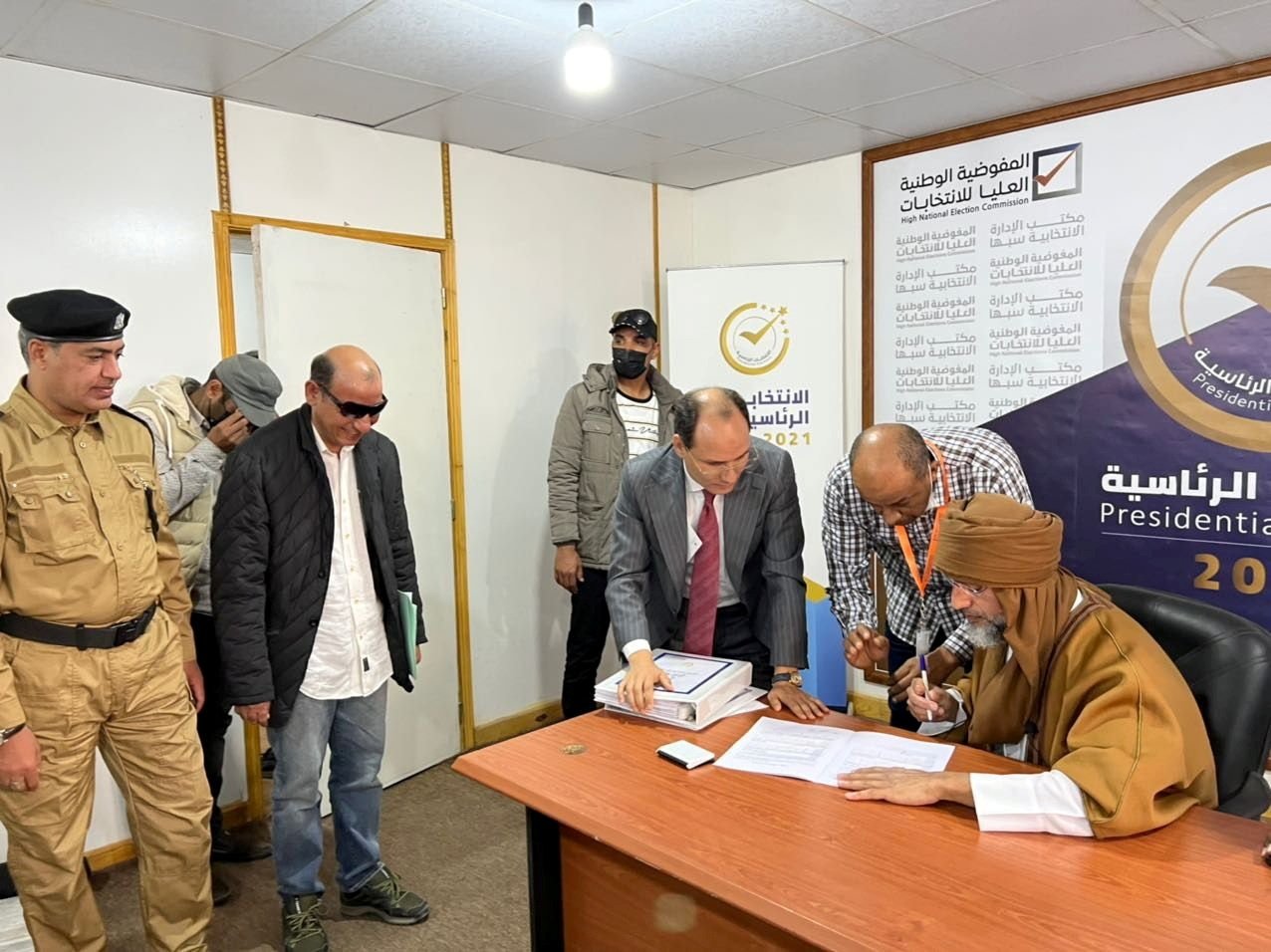 "There was no decision (taken by the commission) regarding Saif al-Islam's candidacy," al-Mennai said.

Meanwhile, elders from several cities called for a boycott of presidential elections and protesters shut voting stations in western Libya on Monday after Seif al-Islam registered to run.

An influential council of elders from Misrata, a city which played a key role in the 2011 uprising that toppled his father, called for an election boycott.

The council rejects "the candidacy of those who used excessive force against the Libyan people's uprising and who are the target of arrest warrants from Libyan courts and the International Criminal Court," it said in a statement.

It urged "free patriots" to protest against the election taking place before a constitutional basis was agreed.

A member of the electoral commission, the High National Elections Commission (HNEC), told Agence France Presse (AFP) that "residents protesting at the candidacy of Seif al-Islam Gadhafi in presidential elections closed down several polling stations" in the west.

The official, who asked not to be named, said there had been no violence and voting stations had not been damaged.

Seif al-Islam Gadhafi announced Sunday his candidacy for the country's upcoming presidential and parliamentary polls to be held on Dec. 24, Libya's HNEC said.

Seif al-Islam, who is wanted by the International Criminal Court (ICC) on charges of crimes against humanity related to the 2011 uprising, submitted his candidacy papers in the southern town of Sabha, 650 kilometers (400 miles) south of the capital of Tripoli, HNEC said in a statement.

In a video shared by an election official, Seif al-Islam addressed the camera, saying that God will decide the right path for the country's future. He wore a traditional Libyan robe and turban, and spectacles. It was the first time in years that he appeared in public.

ICC spokesperson Fadi El Abdallah declined to comment on Seif al-Islam's candidacy. “The Court doesn’t comment on political issues, as for the legal side there is a pending warrant of arrest and that hasn’t changed," he said.

Gadhafi’s son, who has deeply rooted links to tribes across Libya, is the first major presidential hopeful to submit his candidacy to run for the country’s highest post. Other potential candidates include putschist Gen. Khalifa Haftar, the commander of eastern-based forces in the civil war, Parliament Speaker Aguila Saleh and former Interior Minister Fathi Bashagha.