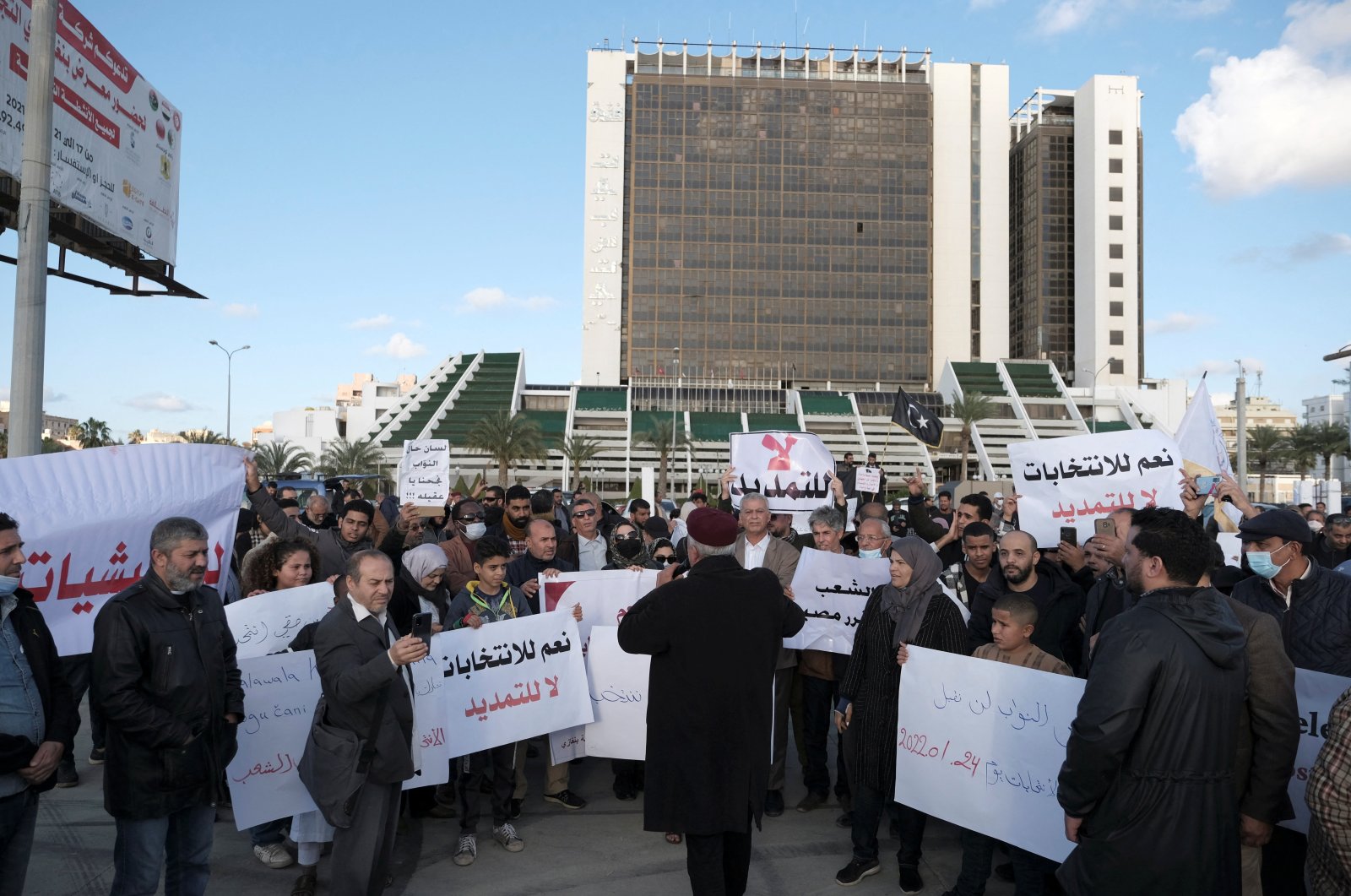 A parliamentary committee advised restructuring Libya's executive authority as the country struggles to come up with a new date for elections, which were postponed last week.

The proposal by the Electoral Process Follow-up Committee came in a Monday report after its members met with Libya’s High National Elections Commission Chief Emad al-Sayeh.

The committee argued that the current executive authority has failed to move the oil-rich country toward stability.

The report said al-Sayeh "presented to the (elections) commission the reasons why it was not possible to announce the final list of candidates for the Dec. 24 presidential elections,” as well as a number of “violations that marred the candidacy of some candidates."

The committee cited these reasons for proposing the “restructuring of the executive authority in order to achieve the requirements of stability which the current authority has been unable to do."

Libya’s executive authority was elected on March 16 on a transitional basis to lead the country toward elections. It is made up of a unity government headed by Abdul Hamid Dbeibah, and the Presidency Council chaired by Mohammad Menfi.

The parliamentary committee also recommended that parliament should set up a workable road map with clear deadlines in order “to make the electoral process a success and ensure acceptance of its results.”

It called on parliament to continue sponsoring the political and legislative process and to avoid setting “political dates” that are “unrealistically set by some parties” for domestic and international agendas.

On Monday, the Libyan parliament proposed postponing the country’s presidential elections, which were slated to take place on Dec. 24, by six months.

Libyan rival parties have been in disagreement over the voting timetable for the presidential and parliamentary elections to be held simultaneously or one after the other.

Libyans hope that the upcoming elections will contribute in ending the armed conflict that has plagued the oil-rich country for years.