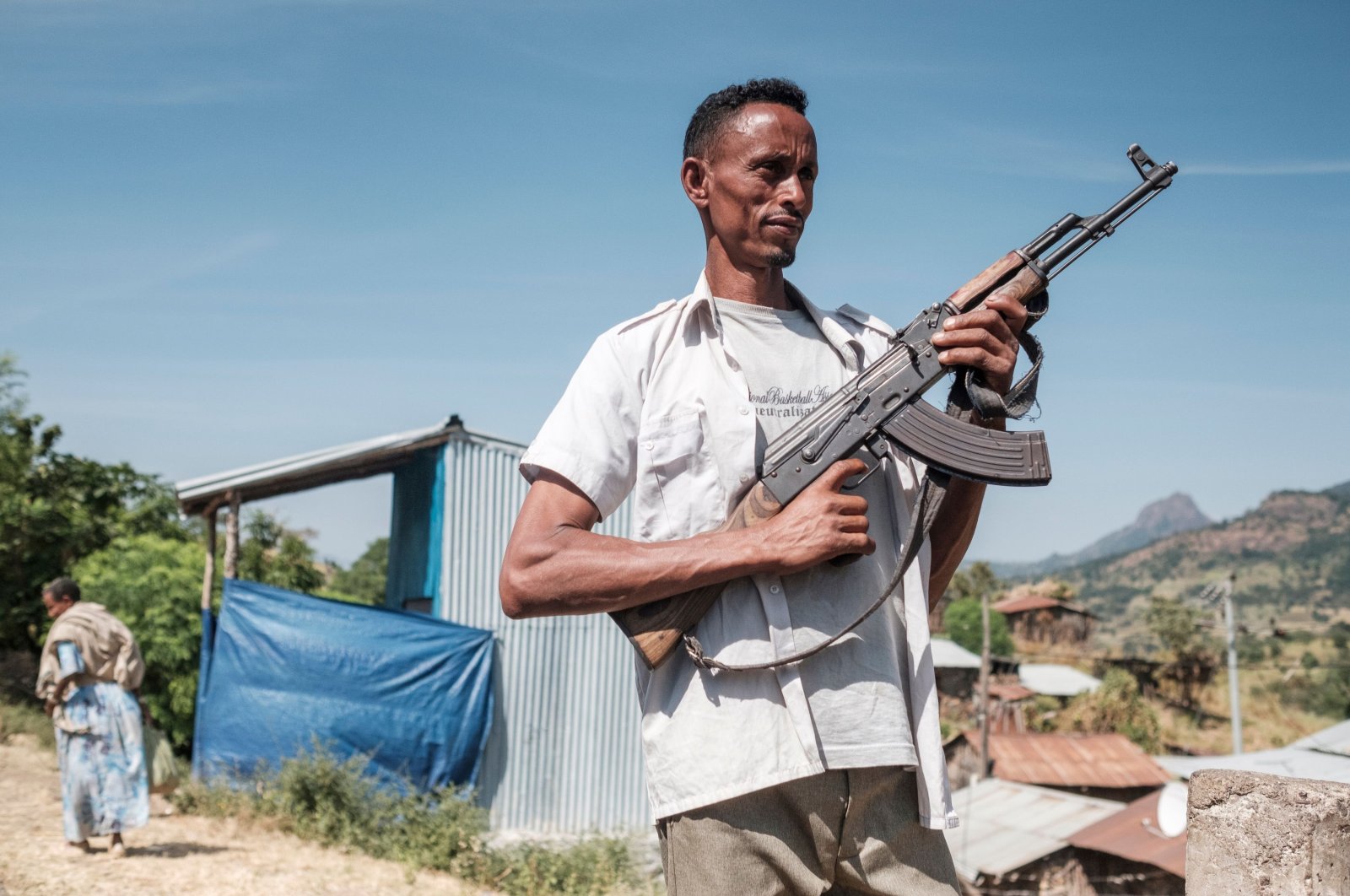 At least 9 million people risk displacement from the escalating conflict in Ethiopia's Tigray region, the United Nations said, warning that the federal government's declaration of a state of emergency was blocking food and other aid.

Prime Minister Abiy Ahmed is pressing ahead with a military campaign he announced Wednesday against the northern region, despite international pleas to pursue dialogue with the Tigray People's Liberation Front (TPLF). The group led the country's multi-ethnic ruling coalition until Abiy took office in 2018.

About 600,000 people in Tigray depend on food aid to survive, while another 1 million receive other forms of support, all of which are disrupted, the U.N. Office for the Coordination of Humanitarian Affairs (OCHA) said in a report Saturday.

Clashes between federal troops and Tigrayan forces had broken out in eight locations in the region, according to the report. Six combatants were killed and more than 60 wounded in fighting near the border between the Tigray and Amhara regions, a humanitarian source told Reuters on Sunday. Both sides suffered casualties and some of the wounded were brought to hospitals in and near the town of Gondar, the source said.

A desert locust infestation in East Africa has hit Tigray particularly hard and efforts to combat the insect swarms are feared to have stopped because of the conflict, risking further damage to crops, the U.N. report read.

The Ethiopian government on Saturday moved to replace the leadership of the country’s defiant northern Tigray region. Tigray's leader told the African Union that the federal government was planning a "full-fledged military offensive." Neither side appeared ready for the dialogue that experts say is needed to avert disaster in one of the world’s most strategic yet vulnerable regions, the Horn of Africa.

On Sunday, Abiy replaced his army chief amid increasing military escalation. Deputy army chief Berhanu Jula will take over the Ethiopian National Defense Force, a statement from Abiy's office said, without giving a reason or specifying the fate of Berhanu's predecessor, Gen. Adem Mohammed. Abiy and military leaders have touted Ethiopian soldiers' successes against forces loyal to the Tigray ruling party, but a communications blackout in the region has made their accounts difficult to verify.

The prime minister, who won the Nobel Peace Prize last year, asserted that "criminal elements cannot escape the rule of law under the guise of seeking reconciliation and a call for dialogue." Experts and diplomats are watching in dismay as the two heavily armed forces clash. Observers warn that a civil war in Ethiopia, Africa's second-most populous country with 110 million people, could suck in or destabilize neighbors such as Sudan, Eritrea and Somalia.