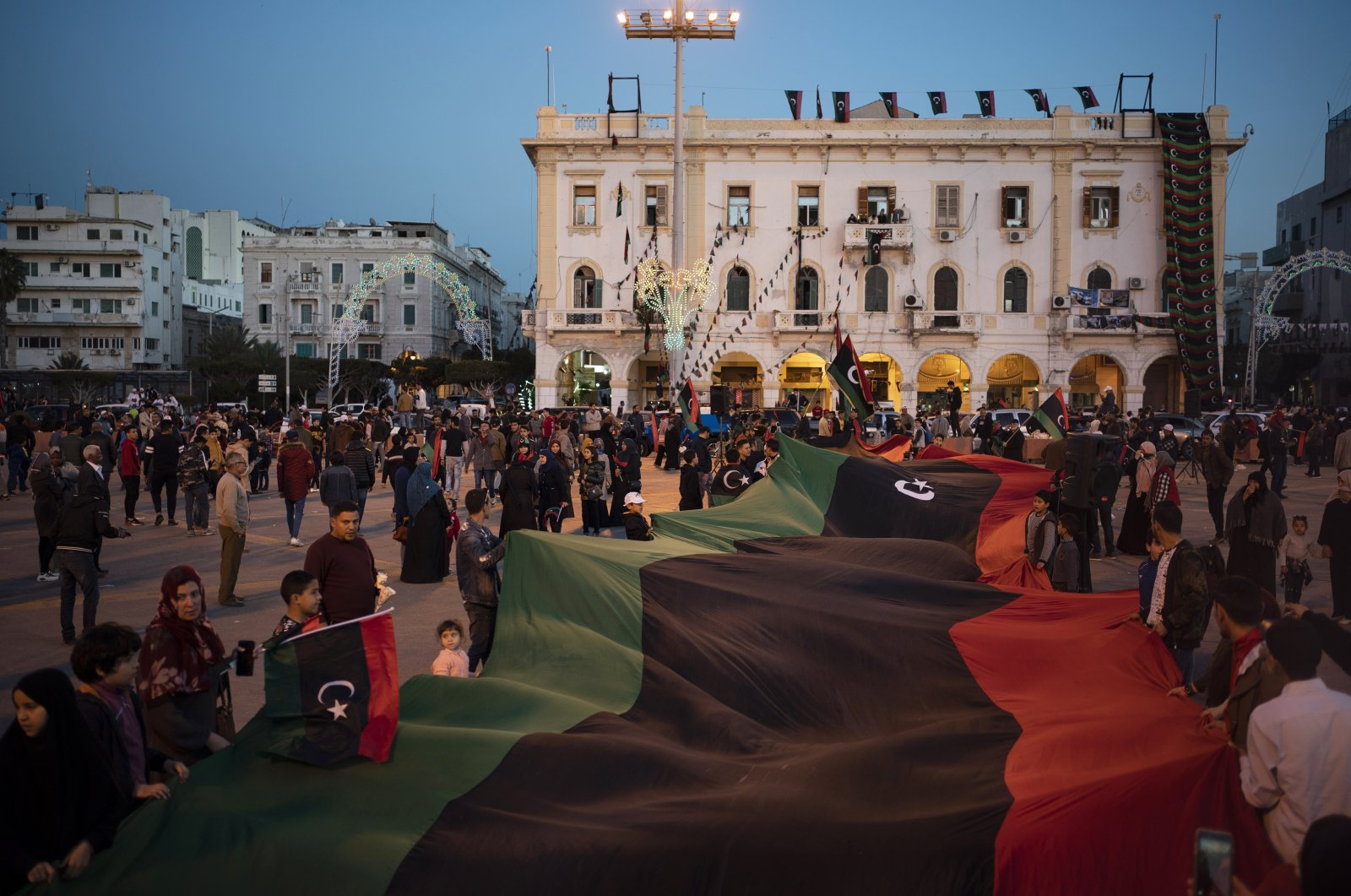 People carry a giant Libyan flag at Martyr Square during a march commemorating the anniversary of anti-Gadhafi protests in Tripoli, Libya, Feb. 25, 2020. (AP File Photo)
by Anadolu Agency Dec 06, 2021 9:23 am

Some Libyan lawmakers criticized the country's elections commission and judicial poll supervisors and urged them to be held to account, as presidential elections approach.

In a statement, the deputies criticized what they said was "the commission's silence over suspicions of fraud, vote-buying, and attempts to influence the judiciary."

The statement, signed by 70 lawmakers, called for holding a parliamentary session on Monday "to question Emad al-Sayeh, the head of the elections commission, and representatives of the judicial authorities supervising the polls."

The move came after the Court of First Instance in the western city of al-Zawiya last Tuesday ordered the exclusion of putschist Gen. Khalifa Haftar from the Dec. 24 presidential polls.

An Anadolu Agency (AA) analysis of the 70 lawmakers' statement found that most of them are supporters of Haftar.

Tuesday's court ruling against Haftar is not final, and the warlord can still issue a challenge at a court of appeals.

Libya's presidential and parliamentary elections are set to take place on Dec. 24 under a United Nations-sponsored agreement reached by Libyan political rivals during meetings in Tunisia last November.

Libyans hope the elections will help end an armed conflict that has plagued the oil-rich country for years.