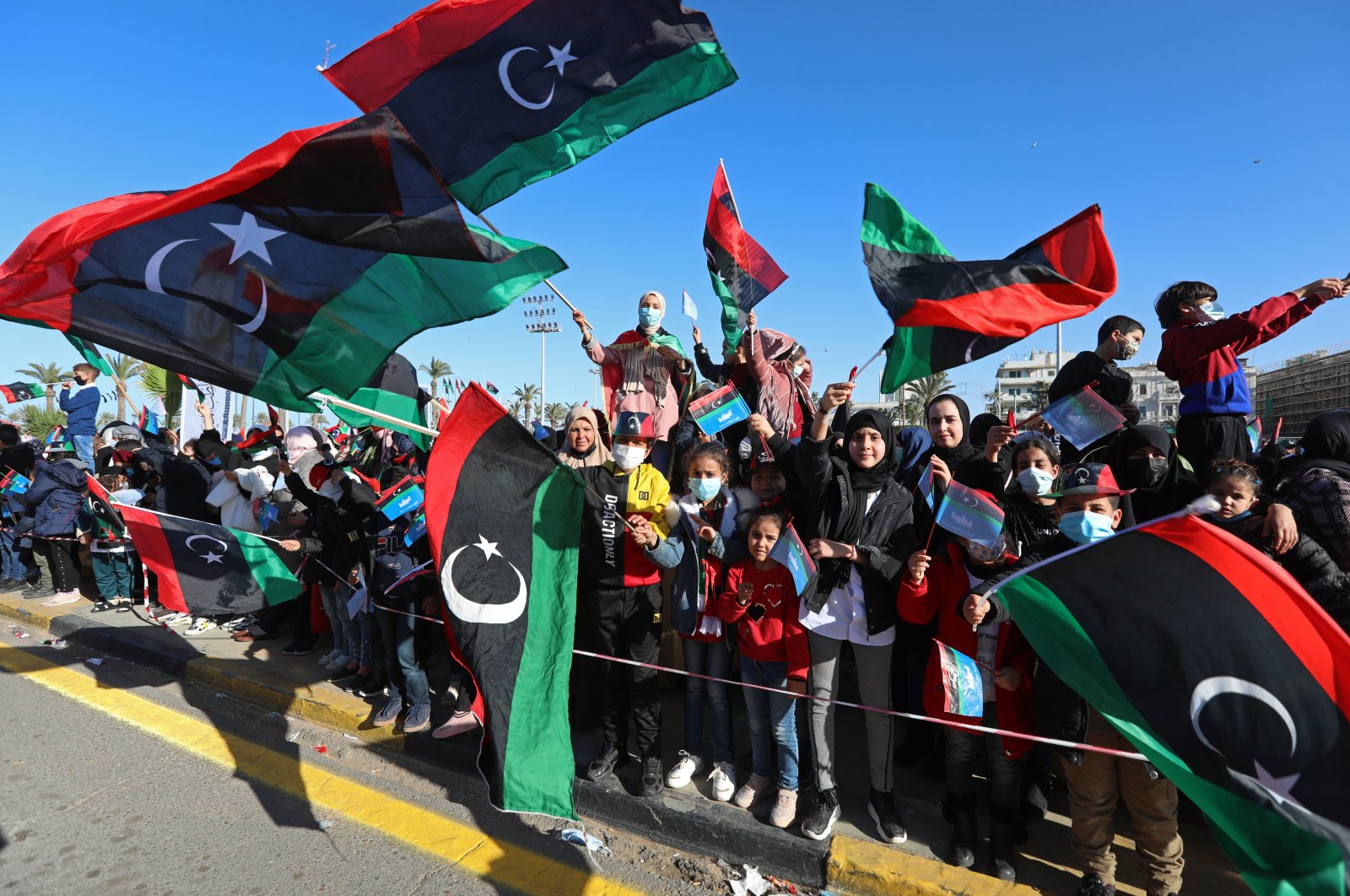 Under tight security, Libyans mark the 10th anniversary of their 2011 uprising that led to the overthrow and killing of longtime ruler Moammar Gadhafi in Martyrs Square, Tripoli, Libya. (AP File Photo)
by DAILY SABAH Dec 08, 2021 10:22 am
RECOMMENDED

Libya’s eastern-based House of Representatives has established a five-member committee to communicate with the elections commission and observe upcoming elections, a report said Tuesday.

The spokesperson of the House of Representatives, Abdullah Bulaihaq, said that the committee will seek to determine problems facing the elections process in the country, Anadolu Agency (AA) reported. He noted that the committee is supposed to present its report, prepared by the five-member committee, before the parliament session on Dec. 14.

As the clock is ticking, the House of Representatives and the High Council of State officials have yet to come to an agreement to determine the legal framework of the presidential and parliamentary elections in the country.

On Sept. 8 Aguila Saleh, speaker of the House of Representatives based in Tobruk, who is also a political ally of warlord Haftar, announced unilaterally that he had enacted a law on presidential elections on Sept. 8.

High Council of State rejected the law, which had paved the way for Haftar to run in the polls. Haftar's dual citizenship and military role stood as obstacles against the criteria for the candidacy.

While the number of final applications has not yet been determined, an official told AA that they do not expect it to be above 5,000 and that it will take three days to finalize them.