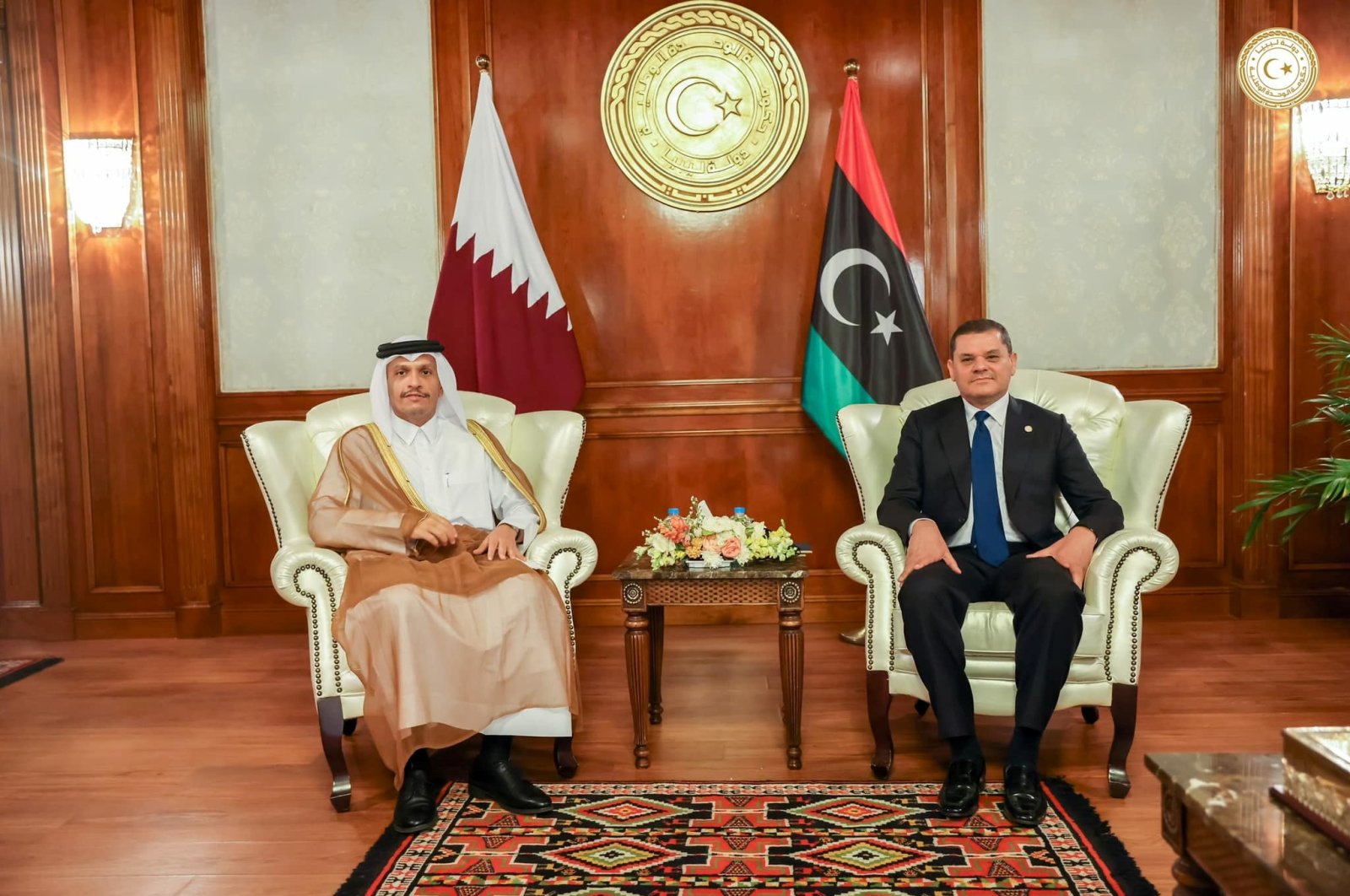 Qatar pledged to continue to support Libya's internationally-backed political process, which aims to put an end to the decadelong conflict and foreign interference.

"We support the United Nations-sponsored political process in the hope that it preserves the territorial integrity of Libya and prevents foreign interference in its affairs," Qatari Foreign Minister Sheikh Mohammed bin Abdulrahman Al-Thani said on a visit to the Libyan capital.

"Our exchanges were fruitful, in particular on support for the transition process in Libya ... Qatar's position is firm," he told reporters, standing alongside his Libyan counterpart, Najla al-Mangoush.

"I think I have good news," Mangoush added, without providing further details.

Libya's interim unity government came into being in March – replacing the Tripoli-based U.N.-recognized Government of National Accord (GNA) and the eastern-based administration led by putschist Gen. Khalifa Haftar, – to lead the country to elections in December.

Qatar, along with Turkey, had backed the internationally recognized government in the west of Libya, while countries including the United Arab Emirates, Russia and Egypt had backed the eastern forces.

According to the U.N., more than 20,000 foreign mercenaries and military personnel are still in Libya. They include Russian, Sudanese and Chadian mercenaries.