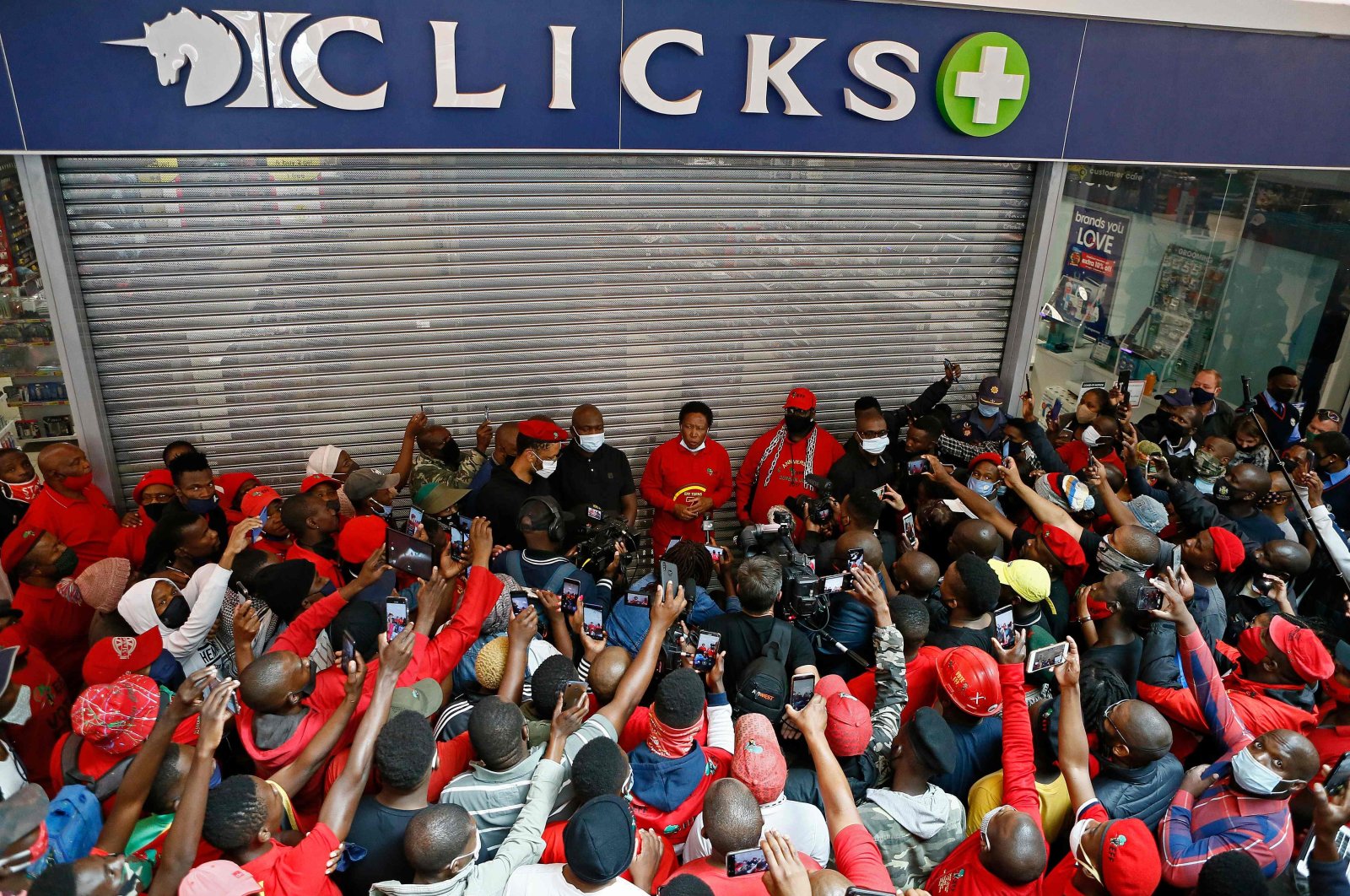 Wearing red party regalia, the supporters protested outside several Clicks Pharmacy stores across the country, forcing them to shut over the adverts posted on its website which described black hair as "dull" and white hair as "normal."

The company which boasts of more than 500 branches across South Africa has apologized and pulled down the adverts.

The EFF wants the retail chain shut for five days.

"They must lose revenue, they must lose profits because of their racism," said EFF Vice President Floyd Shivambu, speaking in front of one of the largest stores in Johannesburg's upmarket Sandton business and shopping district, considered Africa's richest square mile.

He was accompanied by around two dozen chanting supporters.

Further north in Polokwane, the capital of Limpopo province, EFF leader Julius Malema led a group of more than 100 supporters who chanted in front of a shuttered store.

"We are here to say peacefully that racism is violence," said Malema, addressing his supporters at the Mall of the North, the largest in the city.

"We need justice, not apology," said Malema. "Who calls black people ugly?" he asked, calling on the advertising agent to be fired.

"White people insult us and they apologize, they think that is the end," he said.

"We have been projected as ugly people for a very long time by white people. It has got to come to an end at some point, and it starts total with Clicks, we are tired."

The images sparked an uproar and gave birth to hashtags #RacismMustFall and #BlackHairIsNormal, with black women posting images of their afros on Twitter.

The EFF staged protests in 2018 trashing outlets of Swedish clothing giant Hennes and Mauritz (H&M) in Johannesburg over a controversial advertisement of a black child. A photo on the company's website of a black boy wearing a green hoodie with the inscription "coolest monkey in the jungle" had triggered outrage on social media.