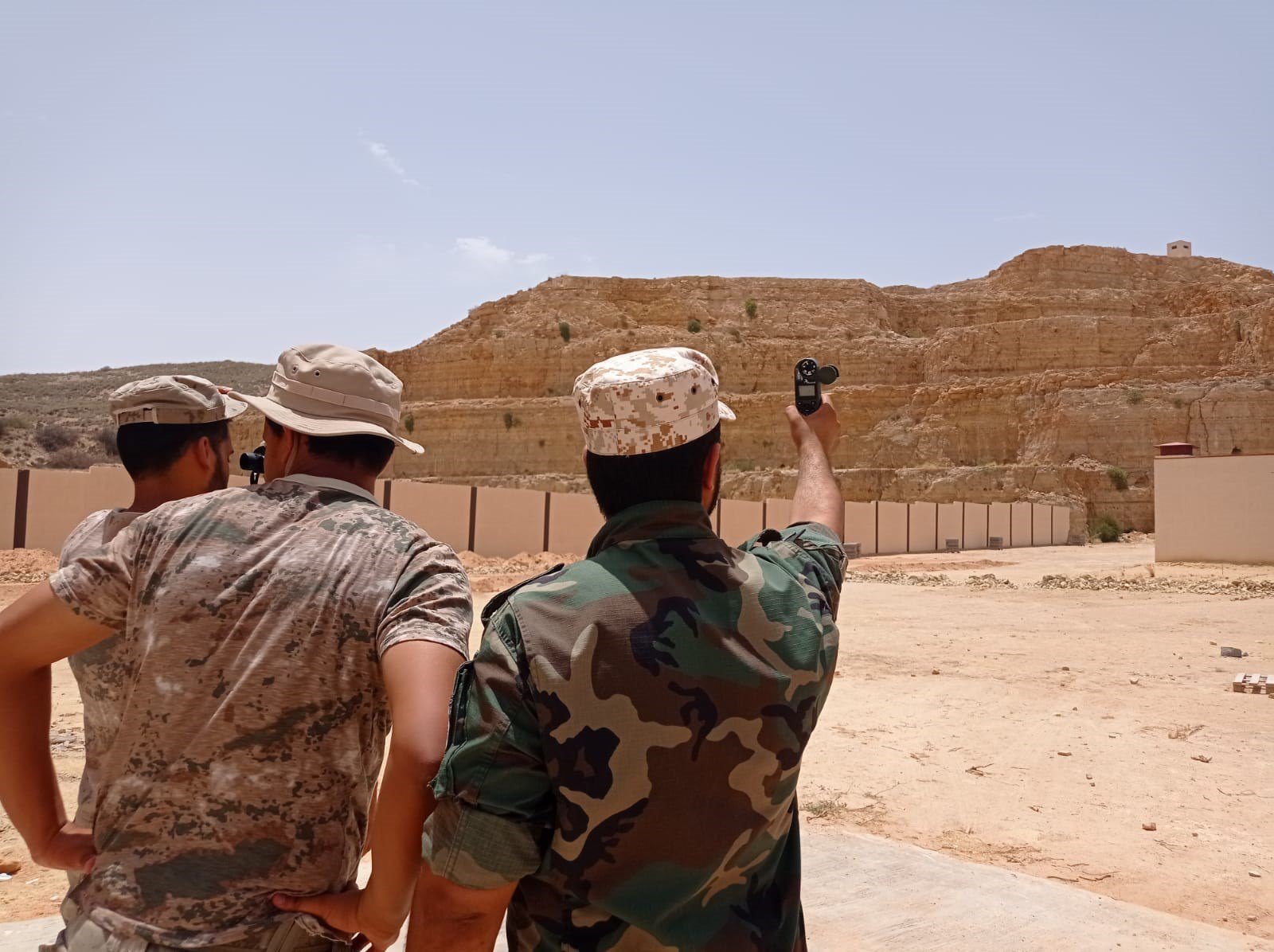 The Turkish Defense Ministry continues to train Libyan forces within the scope of a bilateral agreement, July 19, 2021. (AA Photo)
by DAILY SABAH Jul 23, 2021 8:52 am
RECOMMENDED

Regular Russian troops are now stationed in Libya, the head of the Democracy and Human Rights Foundation (DHRF), Emadeddin Muntasser, stated on Friday as the United Nations and international community have been urging mercenaries and foreign forces to withdraw from the war-torn country.

The DHRF was told by Libya defense ministry sources speaking on condition of anonymity that regular Russian troops have been spotted near Jufra Airbase and provided proof with confidential aerial photographs and coordinates of the location of these troops.

According to a statement by the DHRF, the copies of these were conveyed to members of the U.S., EU, U.K. and Libyan governments.

“While Russia has stationed members of the Wagner Group in the country since at least 2017, the deployment of regular members of the Russian armed forces is a clear escalation with serious repercussions for the national security of Libya, the United States and the European Union,” Muntasser said.

“In addition, the presence of these troops makes it clear that Russia has no intention to leave Libya anytime soon and eliminates the possibility of holding free and fair elections on December 24th, as provided by the Libya Political Dialogue Forum,” he added.

Muntasser underlined that there will be no future for freedom, democracy, or human rights “in regions where Putin maintains military bases, trades his veto power for influence and engages in media and electoral sabotage.”

Russia has been one of the biggest supporters of the putschist Gen Khalifa Haftar along with France, Egypt and the United Arab Emirates (UAE), who also backed Haftar’s offensive on the capital Tripoli in 2019.

The deadline for the departure of foreign mercenaries from Libya under the October cease-fire passed in January, but calls to accelerate the process continue as no movement has been announced or observed on the ground.