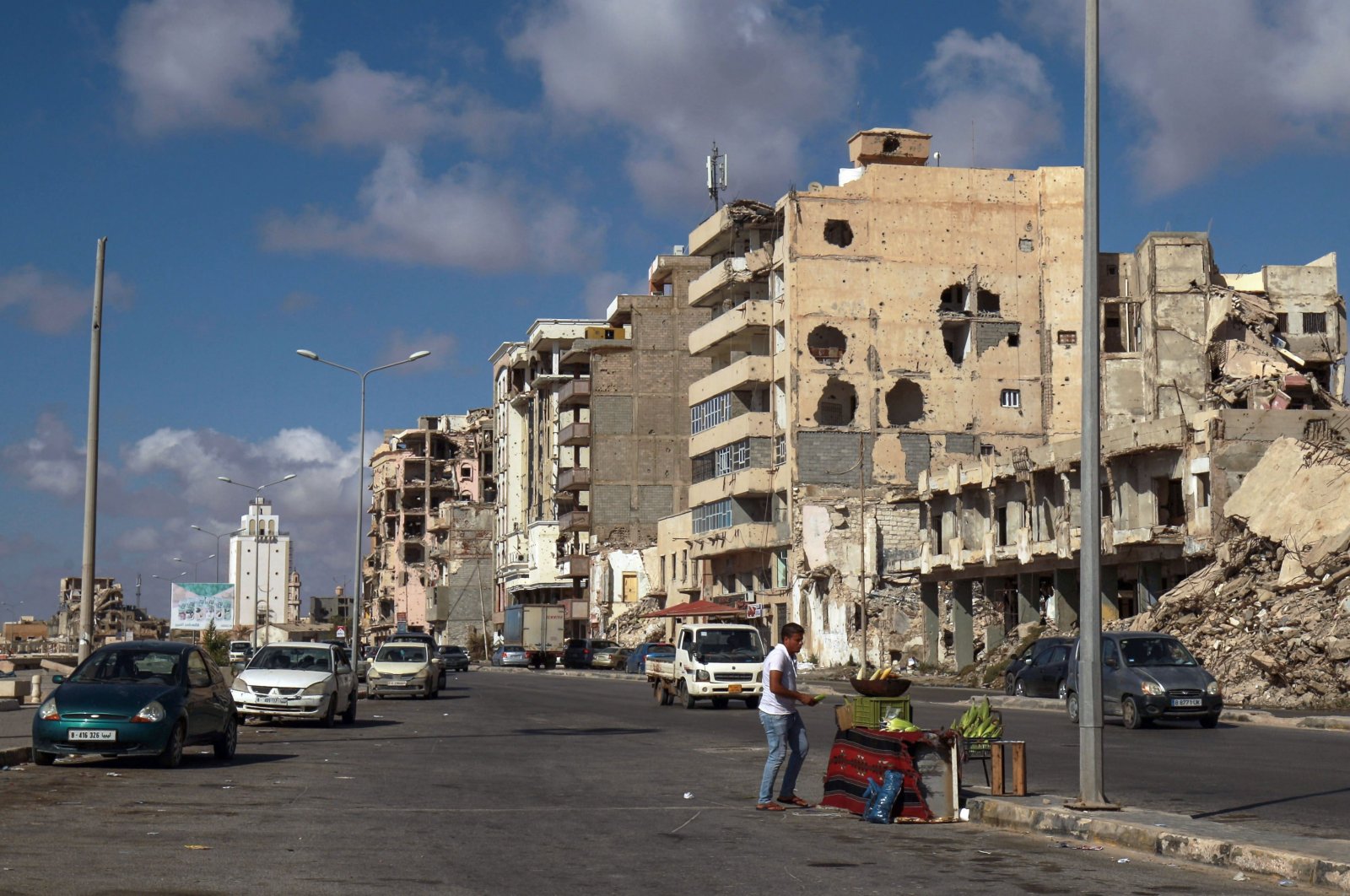 A Libyan street vendor sells corn on the roadside by the waterfront promenade in the eastern port city of Benghazi on June 22, 2020. (Photo by Abdullah DOMA / AFP)
by Dilara Aslan Apr 12, 2021 2:59 pm
RECOMMENDED

Sources told Daily Sabah that the new Syrian mercenary group is comprised of fighters loyal to the regime, Iran-backed foreign groups and volunteers from Assad’s army.

The group is currently receiving training in Syria and will be sent to eastern Libya’s Benghazi toward the end of April.

The sources stated that the sending of new Syrian mercenaries to Libya amid efforts for lasting peace and stability in the war-torn country indicates that Haftar could not stomach being thrown into the background and still wants to take part in the leadership of Libya.

Dbeibah in Turkey for talks

Meanwhile, Libyan Prime Minister Dbeibah and a delegation of ministers visited Turkey on Monday to discuss the recent developments and the situation in the North African country.

Libya's new unity government was sworn in on March 15 from two warring administrations that had ruled eastern and western regions, completing a smooth transition of power after a decade of violent chaos.

Dbeibah will hold a two-day visit upon President Recep Tayyip Erdoğan's invitation and the two will chair the first meeting of the Turkey-Libya High-Level Strategic Cooperation Council in Ankara.

At the meeting to be held with the participation of relevant ministers, all aspects of Turkey-Libya relations will be discussed and steps that can be taken to further improve cooperation will be evaluated.

Turkey has said that Turkish firms will play an active role in rebuilding the war-torn country.

In 2019, Ankara signed a maritime demarcation agreement with the GNA over the Eastern Mediterranean and a military cooperation accord under which Turkey sent military advisers and trainers to Tripoli.

Greece, which opposes the maritime agreement between Tripoli and Ankara, called for the accord to be canceled last week, as it reopened its embassy in Libya after seven years.

Dbeibah, selected through a U.N.-led process, has said economic deals between the GNA and Turkey should remain.