Russian Wagner land mine injures 8 from same family in Libya 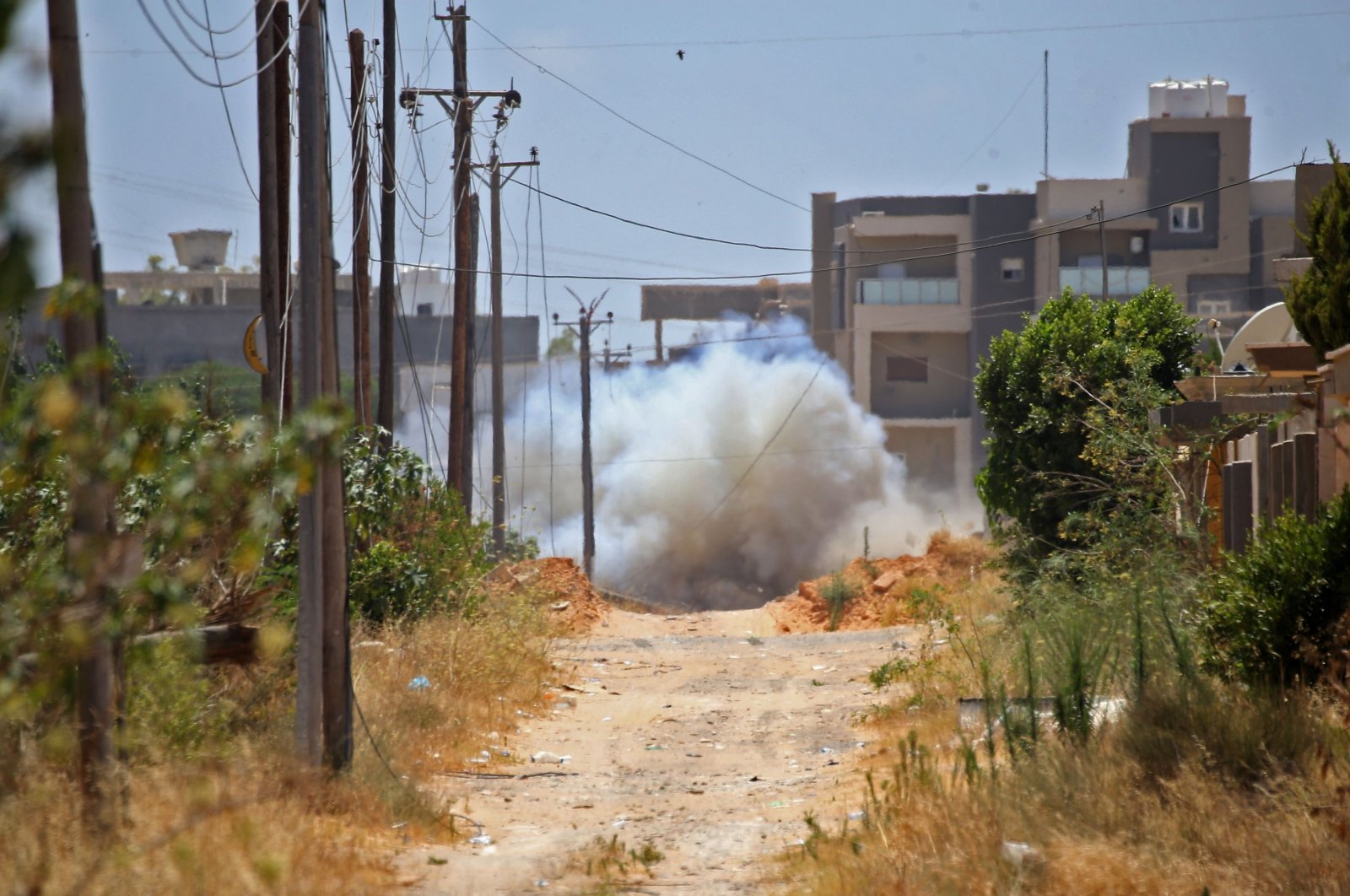 A land mine is destroyed in a controlled explosion during a Turkish demining operation in the Salah al-Din area, south of the capital Tripoli, Libya, June 15, 2020. (AFP Photo)
by DAILY SABAH WITH AA Sep 14, 2021 9:06 am
RECOMMENDED

Eight members of the same family were wounded when a land mine planted by the Russian Wagner Group, which fights on the side of putschist Gen. Khalifa Haftar, exploded south of the capital Tripoli.

Vidad Abu al-Niran, head of the Libyan health ministry information department, told Anadolu Agency (AA) that six children and their parents were injured during the explosion.

Al-Niran pointed out that while the injuries of some were light, others were serious.

The lives of civilians are frequently endangered by the mines planted by pro-Haftar forces.

Oil-rich Libya has been torn by years of violence, drawing in tribal militias, terrorists and mercenaries since the 2011 toppling and killing of longtime dictator Moammar Gadhafi in a Western-backed uprising.

The latest escalation started on April 4, 2019, when Haftar, a former Gadhafi loyalist and onetime CIA asset, attacked Tripoli, the seat of the United Nations-recognized Government of National Accord (GNA).

Hundreds died and some 200,000 people were displaced by the onslaught of Haftar forces backed by the United Arab Emirates (UAE), Egypt and Russian mercenary forces.

But then the GNA, with stepped-up support from Turkey, pushed back the would-be invaders and launched a quick counteroffensive that has reclaimed all of northwestern Libya.

Stephane Dujarric, the spokesperson for United Nations Secretary-General Antonio Guterres, said in a news conference on July 13 that at least 52 civilians have been killed and 96 others wounded by the land mines around Tripoli.

The Libyan Army also said on May 22 that Haftar’s militias planted explosive devices and land mines in civilian areas before fleeing Tripoli upon defeat.