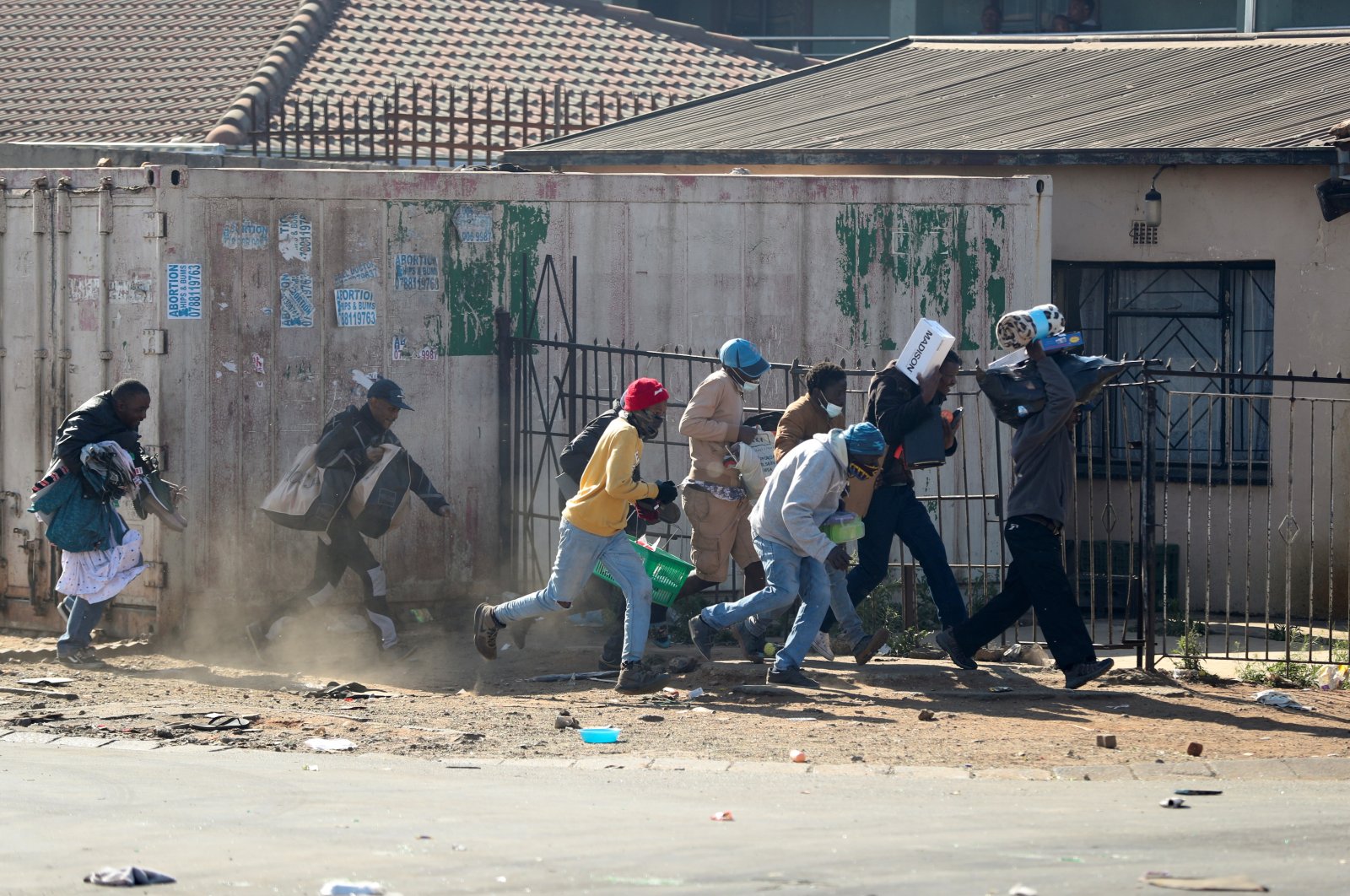 South Africa's top court began hearing a challenge by former president Jacob Zuma against a 15-month prison term on Monday as police said six people had been killed and over 200 arrested in related protests and looting since last week.

Sporadic violence and looting continued on Monday, after a weekend of unrest by pro-Zuma protesters, mainly concentrated in his home province of KwaZulu-Natal (KZN). Some disturbances spilled into the country's largest city, Johannesburg.

According to police six people have been killed and 219 arrested amid escalating violence during rioting. Army soldiers will be deployed to help police quell the violence, the South African National Defense Force said.

Police said shops and businesses have been looted and vandalized. Traffic has been disrupted by rioters barricading major roads with burning tires and trucks, while cars have been attacked.

The deaths - four in Gauteng and two in KZN - appear to have been caused in the chaos and police are investigating, said police Col. Brenda Muridili. The police and national security forces have expanded their presence in both provinces to help quell the violence, said the statement. The extent of damage to property and businesses will be determined at a later stage, said police. Police have warned that anyone using social media to encourage the rioting may be arrested and prosecuted, as The Associated Press (AP) reported.

Zuma, 79, was sentenced for defying a constitutional court order to give evidence at an inquiry investigating high-level corruption during his nine years in office until 2018. The decision to jail him resulted from legal proceedings seen as a test of post-apartheid South Africa's ability to enforce the rule of law, including against powerful politicians.

In the virtual hearing, Zuma's counsel asked the court to rescind his jail term, citing a rule that judgments can be reconsidered if made in the absence of the affected person or containing a patent error.

Legal experts say Zuma's chances of success are slim. Television channels showed footage on Monday of a fire at a mall in Pietermaritzburg in KZN. The channel said the highway leading to the city had been closed to prevent further violence.

"The NatJOINTS (government intelligence body) has intensified deployments in all the areas in Gauteng (the province including Johannesburg) and KwaZulu-Natal affected by the violent protests, as the damage to property and looting of stores continued overnight," the agency said in a statement. It said the bodies of four people were found – at least two of them with gunshot wounds – in Gauteng. Two deaths had occurred in KZN, and all six were being investigated.

Zuma's imprisonment marks a significant fall for an important figure in the liberation-movement-turned-ruling party, the African National Congress (ANC). He was once jailed by South Africa's pre-1994 white minority rulers for his efforts to make all citizens equal before the law. Zuma's core supporters, echoing his stance, say he is the victim of a political witch hunt orchestrated by allies of his successor, President Cyril Ramaphosa. Ramaphosa said on Sunday there was no justification for violence and that it was damaging efforts to rebuild the economy, hurt by the COVID-19 pandemic, according to Reuters.

The corruption inquiry that Zuma has refused to cooperate with is examining allegations that he allowed three Indian-born businessmen, Atul, Ajay and Rajesh Gupta, to plunder state resources and peddle influence over government policy. He and the Gupta brothers, who fled the country after his ouster and are believed to be living in Dubai, deny wrongdoing. Zuma also faces a corruption case relating to a $2 billion arms deal in 1999 when he was deputy president. He denies the charges in that case.