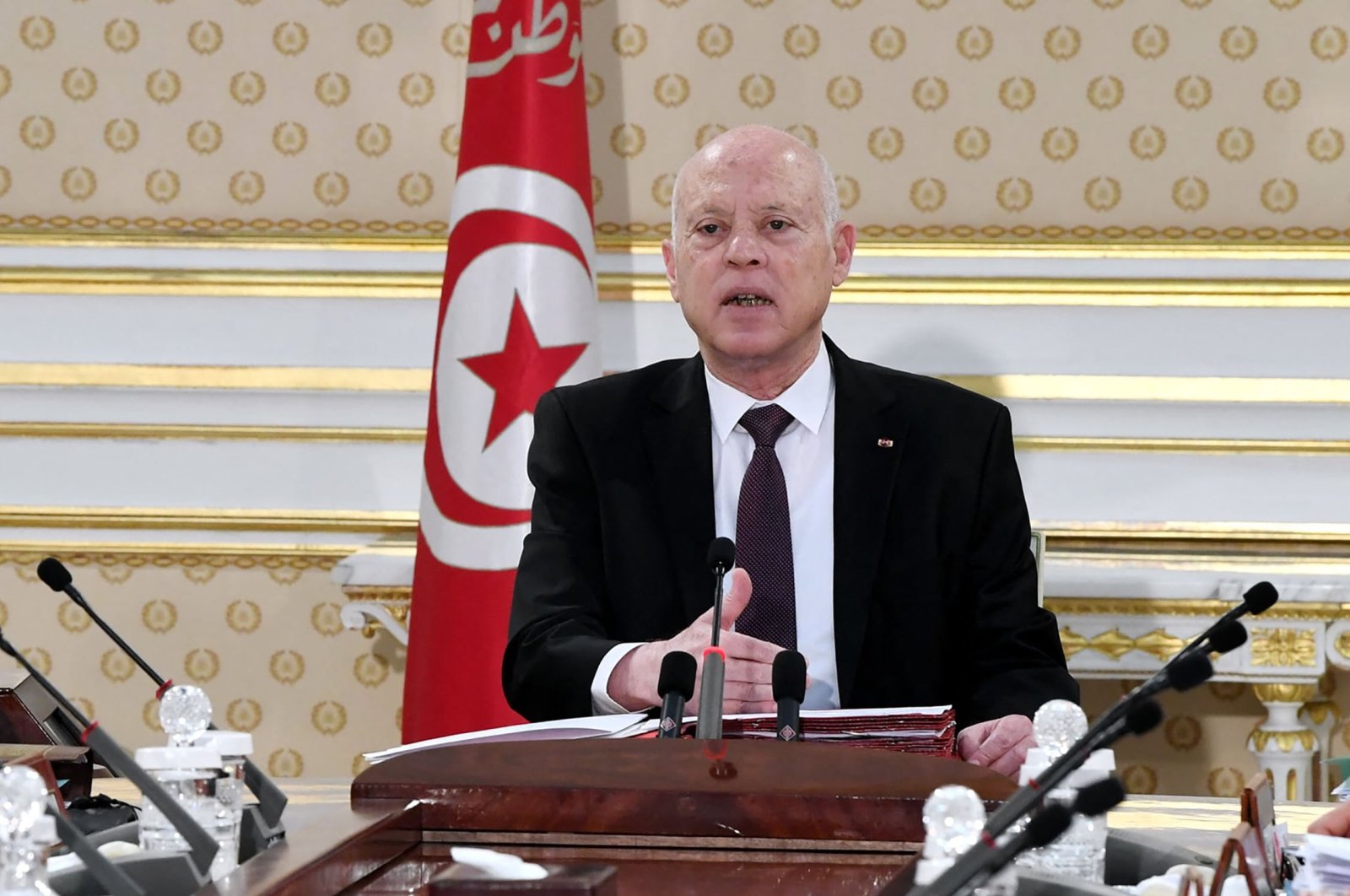 Almost a year after Tunisian President Kais Saied seized power in a move seen as a coup by many, opposition leaders are criticizing his latest moves to extend the suspension of parliament, further endangering democracy in the country.

Saied had on Monday vowed to press on with reforms to Tunisia's political system, months after he sacked the government, froze the legislature and assumed wide-ranging executive powers.

The former law professor announced an 11-week "popular consultation" to produce "draft constitutional and other reforms" ahead of a referendum next July 25.

That will mark one year since his power grab, which came as the North African country wallowed in political and economic crises compounded by the coronavirus pandemic.

Saied had in October moved to rule by decree, escalating fears for the only democracy to have emerged from the 2011 Arab uprisings.

He said on Monday that parliament would remain suspended until new elections on Dec. 17 next year, the anniversary of the start of the revolution that chased dictator Zine El Abidine Ben Ali from power.

That further isolated his nemesis, the Ennahdha party, which has played a central role in Tunisian politics since Ben Ali's fall.

Many Tunisians, tired of a system seen as dysfunctional and corrupt, welcomed Saied's moves, but he has also faced growing opposition in the form of demonstrations at home and pressure from abroad.

The envoys of the G7 powers plus the European Union had urged Tunisia on Friday to set a timeline for a return to democratic institutions.

On Tuesday, political analyst Slaheddine Jourchi said Saied was "determined to push through his political project to the end."

Opponents have accused Saied of seeking to extend his one-man rule and unilaterally rebuild the political system.

Noureddine Taboubi, head of the powerful UGTT trades union, criticized the lack of a vision for tackling the country's pressing social and economic woes.

"Until when are we going to discuss the constitution? People today have empty stomachs and are getting poorer," he told journalists in the industrial hub of Sfax.

In a speech to union members, he said the union had supported Saied's July 25 moves but that "we didn't give (him) a blank check."

Yet some in Tunis welcomed Saied's latest move.

Nizar ben Ahmida, a 37-year-old teacher, stressed the importance of announcing a timeline.

But he said the president's speech lacked details on "employment, poverty, marginalization and prosecution of those who have committed crimes against this country".

Tunis resident Nidhal said the election date was too far away.

"(Saied) is playing for time. He wants to implement his ideas," the 35-year-old said.

Saied said a consultation on constitutional reforms would be launched on Jan. 1, via custom-built electronic platforms.

These proposals would then be examined by a committee of experts appointed by the president, before being put to referendum.

But former Ennahdha deputy Samir Dilou said the idea would "make Tunisia an object of ridicule."

"Saied's speech reflects the state of denial in which he lives and his refusal to listen to anyone, neither his supporters nor his opponents," Dilou told the daily Assabah.

Analyst Jourchi said developments would depend on how the public reacts.

"The street isn't reassured. The economic situation is what concerns the Tunisian public," he said.

Tunisia faces mounting public debt, inflation, 18% unemployment and stalled negotiations with the International Monetary Fund for its fourth bailout since the revolution.

But the 63-year-old president's focus has remained firmly on remaking the political system and tackling opponents – primarily Ennahdha – whom he accuses of corruption.

After seizing control of the judiciary in July, he has pushed judges to investigate alleged foreign financing for campaigns during 2019 parliamentary elections.

In Tunisia today, Jourchi said, "the big problem lies in the fact that he is continuing to rule by decree. His political conflict with his opponents will escalate and tensions will remain."