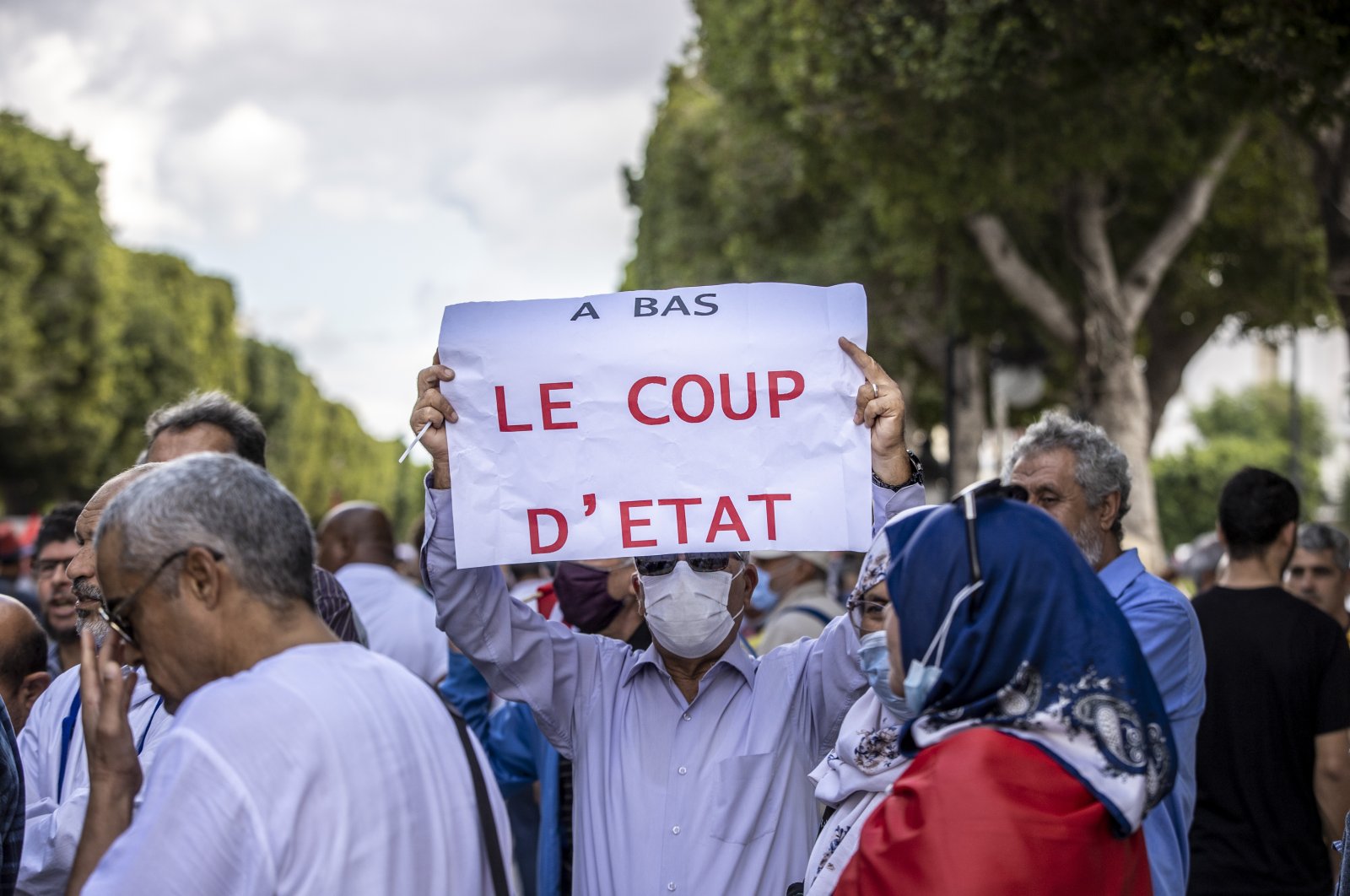 Tunisia's President Kais Saied issued a decree appointing a new government Monday, 11 weeks after he fired the last one in a controversial power grab amid acute economic and political crises.

In the first public speech since her nomination, Bouden said Monday that "the fight against corruption will be the most important aim" of the new government.

She also vowed to "raise living standards" of Tunisians and "restore their faith in the state."

But Saied has significantly pared back the powers of her office and will technically head the administration himself.

The president on July 25 sacked Prime Minister Hichem Mechichi, suspended parliament and granted himself judicial powers in moves that opponents have termed a coup.

The president named Bouden, a geologist, as premier on Sept. 29, more than two months after sacking the administration of Mechichi and removing lawmakers' immunity.

In a speech following Monday's ceremony, Saied reiterated that his moves were constitutional in light of "imminent peril" facing Tunisia.

He said he had acted to "save the Tunisian state from the clutches of those who lurk at home and abroad and from those who see their office as booty or as a means to loot public funds."

He also vowed to "cleanse the judiciary."

Saied, elected on an anti-system ticket in late 2019, seized an array of powers amid a socioeconomic crisis aggravated by the COVID-19 pandemic.

Although his July measures enjoyed significant support from a public tired of political parties seen as self-serving and incompetent, civil society groups have warned of a drift away from democracy.

The new cabinet was announced a day after at least 6,000 people demonstrated in central Tunis against Saied's power grab.

Many have seen Saied's moves as a blow to the Ennahdha party, the biggest in the country's parliament, that has dominated Tunisia's post-revolution politics. Some demonstrators in Tunis on Sunday also voiced support for Moncef Marzouki, who served as president between 2011 and 2014 and now lives in Paris.

Feminist groups have hailed Bouden's nomination as a step forward for women in Tunisia, seen as a pioneer for women's rights in the Arab world.

But many have questioned how much power she will have given that Saied – who has long opposed gender equality in inheritance laws – will have the final say in government decisions.

The 63-year-old premier has little political experience and is not known to have economic expertise.

Tunisia is facing a long-running economic crisis, exacerbated by the coronavirus pandemic, with debt running at over 90% of Gross Domestic Product (GDP), runaway inflation and an unemployment rate of over 18%.