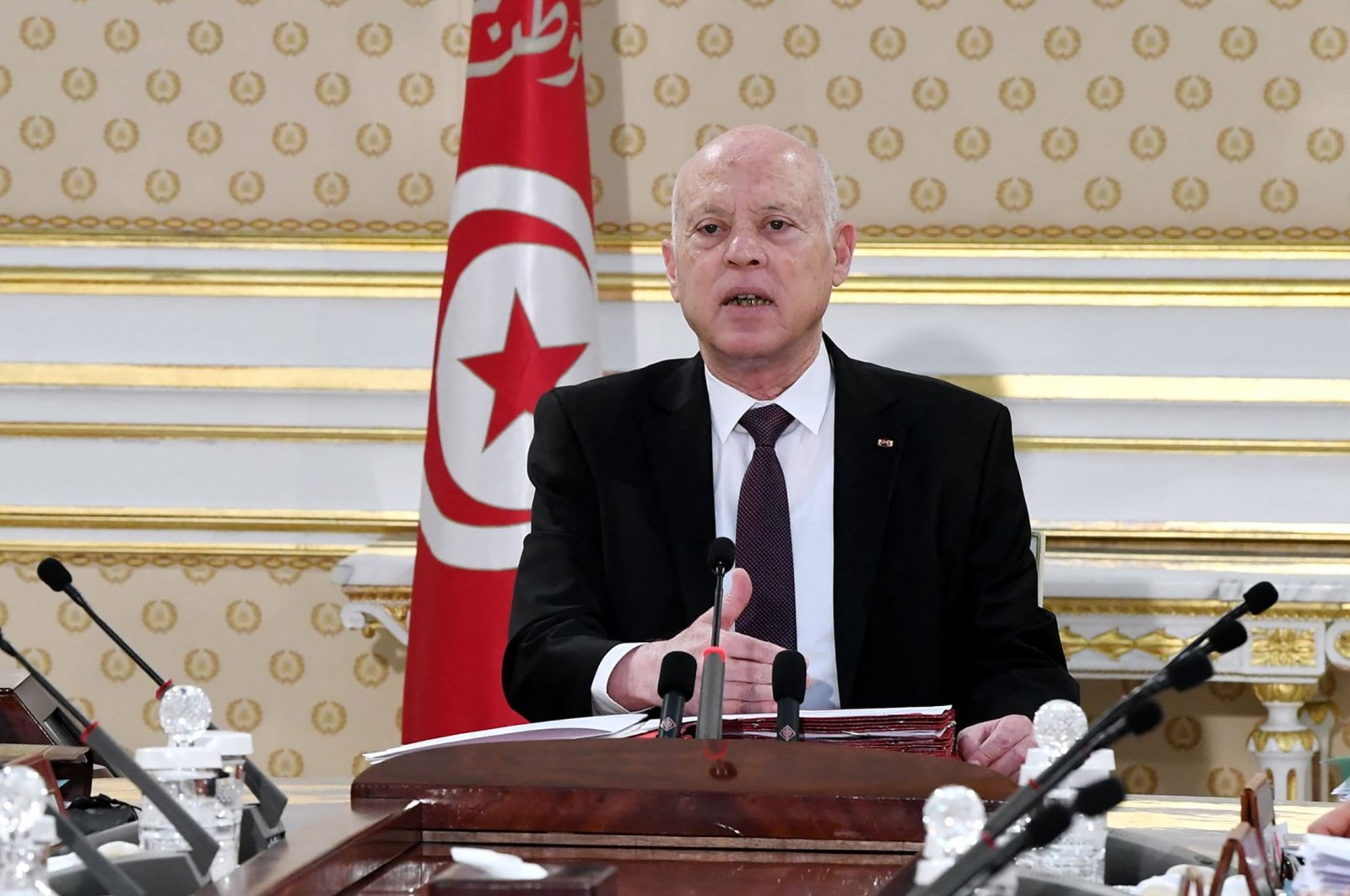 Tunisian President Kais Saied has extended the suspension of parliament and announced a national referendum, almost five months after dismissing his government and granting himself sweeping powers.

The announcement, he said, was an answer to the demands of many Tunisians for political change.

"To those who are calling for a return (to the old system): we will never go back to what came before,” said Saied.

In a televised speech Monday evening, Saied unveiled his plans to organize a nationwide, popular consultation, that will be held both online and offline from January to March 2022.

The consultation will then be reviewed by a committee and will form the basis for a national referendum on political reform that will take place on July 25, 2022. The referendum will be held across Tunisia and will reflect "the will of the people,” said Saied.

July 25 is both Tunisia’s Republic Day and when Saied froze parliament, dismissed his government and took on executive powers this summer. In September, Saied partially suspended the country’s post-revolutionary Constitution and gave himself the power to rule by decree, raising fears of democratic backsliding. Critics have called Saied’s measures a "coup d’etat.”

In Monday’s speech, Saied also extended the suspension of Tunisia’s parliament until the next legislative elections, planned for Dec. 17, 2022. The elections will be held in the framework of the referendum results.

Since July, Saied changed the anniversary date of Tunisia’s 2011 revolution – when former ruler Zine El Abidine Ben Ali fled the country – to Dec. 17 to mark the day in 2010 when fruit seller Mohamed Bouazizi set himself alight, setting off the series of uprisings in Tunisia that led to what is now known as the Arab Spring. He has frequently said Tunisia’s revolution ended in January 2011, usurped by "corrupt” and "self-serving” political forces that redirected Tunisia’s democratic path.

"We want to correct the paths of the revolution and history," Saied said in his speech, after lambasting critics of his intervention.

Saied announced his exceptional measures following anti-government protests, and have proven widely popular with a Tunisian public fatigued by economic decline and years of political deadlock which have failed to answer some of the key demands of the 2011 revolution.

A clear pathway to ordinary constitutional order may be important for Tunisia to secure international financial assistance as it struggles to finance its fiscal deficit and next year's budget as well as debt repayments. It has opened talks with the International Monetary Fund (IMF), but major donors have indicated they are not willing to step in without what they have called an "inclusive" approach.

There was no immediate comment from Ennahdha, the biggest party in parliament, or from the powerful Tunisian General Labour Union (UGTT).

Mohammed Abou, a former minister, said in a televised interview that Saied's "violation of the constitution" amounted to a coup.

Calls for a timeline

Saied has frequently but indirectly accused Ennahdha of corruption. Addressing Cabinet on Monday, he cited a court report that accused the party of receiving foreign funding.

"Those who have received and continue to receive money from abroad have no place in parliament," he said.

The envoys of the G-7 democratic, developed economies plus the European Union had urged Tunisia on Friday to respect "fundamental freedoms" and set a timeline for a return to democratic institutions. The diplomatic mission heads of the G-7 nations plus the EU called for "a clear timeline allowing for a swift return to functioning democratic institutions, with an elected parliament playing a significant role."