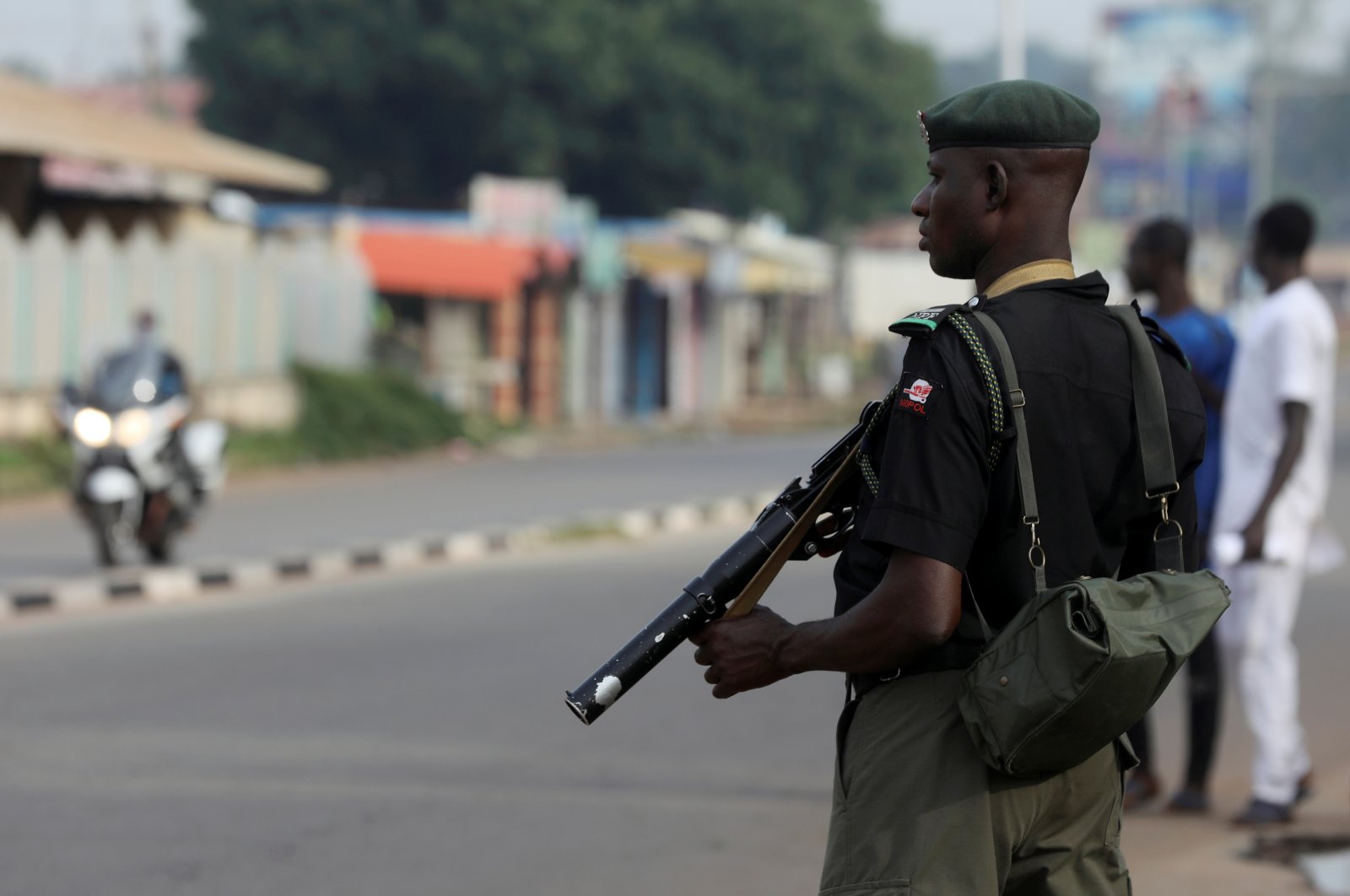 Nigerian security forces have killed 18 people in their enforcement of measures to curb the novel coronavirus, a figure higher than the documented toll inflicted by the disease, the country's human rights body said.

Africa's most populous nation has imposed a total lockdown in megacity Lagos and the capital Abuja and set restrictions in other regions in a bid to contain the virus.

According to official figures, COVID-19 has so far infected 407 people in Nigeria, 12 of them fatally.

Security forces, including police and army, have been deployed to enforce the restrictions, sparking deadly confrontations in some states.

In a report released late on Wednesday, the National Human Rights Commission said it had received and documented "105 complaints of incidents of human rights violations perpetuated by security forces" in 24 of Nigeria's 36 states and Abuja.

Of these complaints, "there were 8 documented incidents of extrajudicial killings leading to 18 deaths," it said.

The commission noted that the tally of killings was higher than the recorded toll from the disease itself.

"Whereas COVID-19 led to the death of 11 victims, law enforcement agents extrajudicially executed 18 persons in the cause of the enforcement regulations," it said, referring to the official virus toll at the time of the report.

It accused the security agents of "excessive or disproportionate use of force, abuse of power, corruption and non-adherence to national and international laws, best practices and rules of engagement."

National police spokesman Frank Mba said the commission was "too general in its allegations," saying it ought to have been specific in the number of people killed by the police.

"The commission should have given details of those killed by the police, their number, names and places where they were killed to enable us take appropriate actions," he told Agence France-Presse (AFP).

Mba insisted the police would continue to enforce the lockdown measures "professionally and in line with international best practices."

He said the police authorities would not condone any abuses or infractions, adding that recently an officer who extorted money from a civilian was punished and made to refund it.

Local and international rights bodies have long accused Nigerian security forces of abuses against civilians, but they typically deny the charges.

"It could be more. Those are only the ones we know of," Awosanya said.

He said that on Wednesday two people were killed in the state of Anambra and a truck driver was killed in Abia state after apparently refusing to give a bribe to security officials.

"There's been so many complaints since the beginning of the lockdown, every evening we get alerted on many people being detained. It's very tense everywhere," he said.

There have been growing fears of a rise in crime and unrest due to the virus restrictions, especially in Lagos, as millions of people living in poverty have been cut off from vital income.

Reports have also emerged from other African countries of abuses by security forces as the authorities apply restrictive measures to try to halt the pandemic.

South African police have opened several probes into the deaths of citizens allegedly killed by security patrols for defying a lockdown.