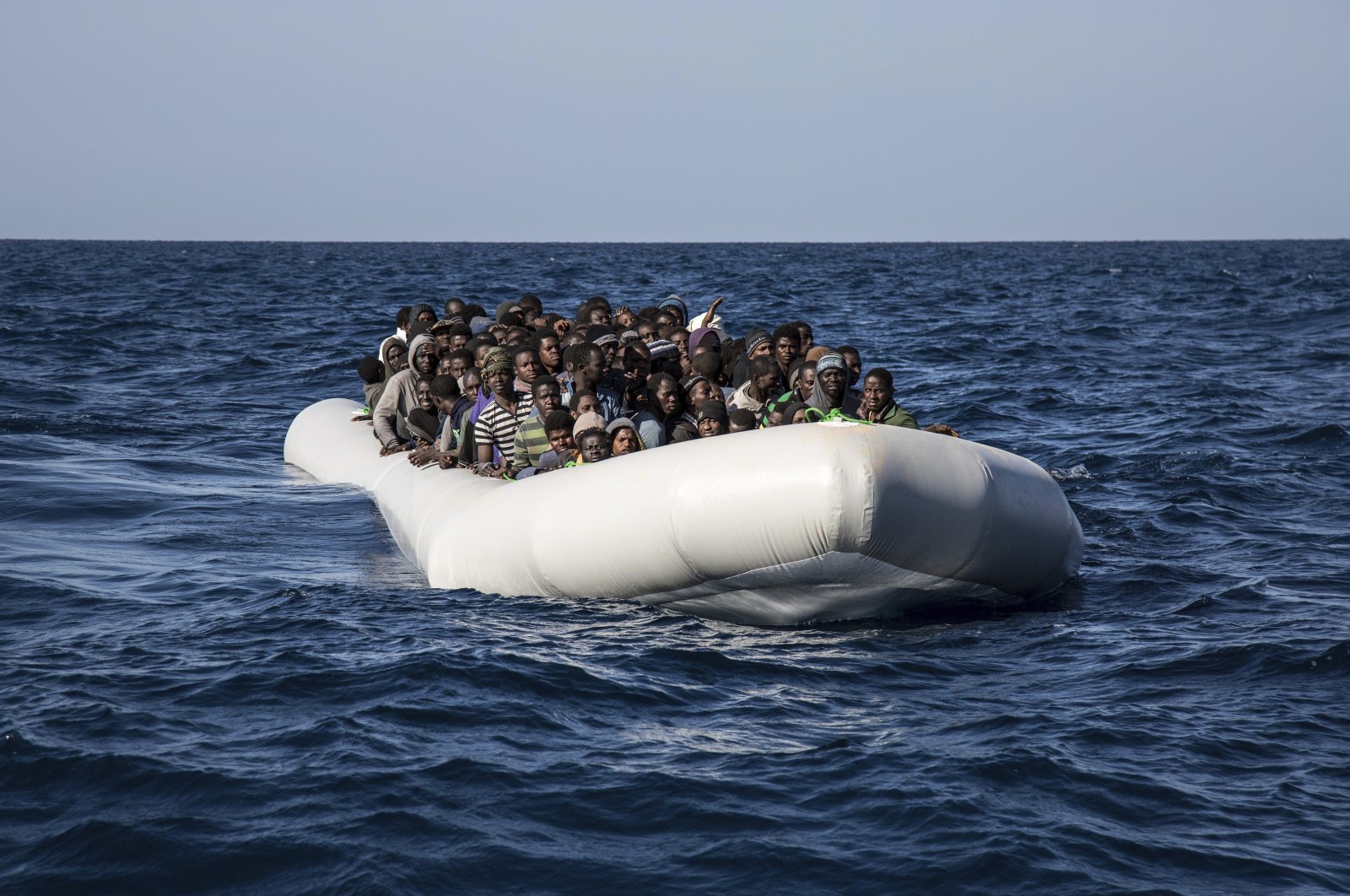 Migrants wait to board the MV Aquarius, after 193 people and two corpses were recovered Friday Jan. 13, 2017, from international waters in the Mediterranean Sea about 22 miles north of Sabrata, Libya. (AP Photo)
by Agencies Oct 08, 2020 4:20 pm
RECOMMENDED

West African migrants have increasingly opted to take the Atlantic migration route to the Canaries in recent years due to authorities clamping down on the Libya-Europe crossing.

The archipelago lies more than 100 kilometers (60 miles) from the coast of Africa at its closest point and is far more perilous.

A patrol vessel off Mbour, a city south of the capital Dakar, stopped the informal craft during an operation late Tuesday night and in the early hours of Wednesday morning, according to a military statement.

A Spanish vessel also took part in the operation, as part of the European Union border agency Frontex, which cooperates with some West African nations.

One wooden canoe, a traditional fishing craft known as a "pirogue," was carrying 56 people "believed to all be Senegalese," the statement said.

The second was carrying about 130 people some of whom were likely from the tiny nation of the Gambia, which is completely surrounded by Senegal.

At least 251 people died attempting the crossing between Jan. 1 and Sept. 17, according to the International Organisation for Migration, compared to the 210 fatalities for the whole of last year.

Two weeks ago, the European Commission launched its third attempt to reach a consensus on what has become one of Europe's most politically explosive issues, as the EU migration system has come under pressure from a major influx of people fleeing war and poverty.

Bottlenecks have formed in often squalid camps at external borders and member states have squabbled over how many migrants to take in from boats crossing the Mediterranean Sea. Most acknowledge reform is needed, but migration-skeptical states like Austria, Hungary and Poland oppose the automatic redistribution of migrants, which front line states in the south – Italy, Greece and Spain – see as essential.

German Interior Minister Horst Seehofer said Thursday the European Union's 27 member states have so far shown little opposition to a proposal to overhaul their shared migration system, indicating that agreement could be possible.

"We haven't heard from a single member state that they oppose it lock, stock and barrel from our bilateral conversations leading up to today's meeting," Seehofer, whose country currently holds the rotating EU presidency, said before a videoconference with his EU counterparts.

The commission's new plan focuses on deportations and speeding up the asylum application process at the borders. Nongovernmental organizations (NGOs) and left-leaning politicians have criticized the plan, saying it aims to seal off Europe rather than respecting refugees.

When it comes to migration, "there is no situation where there wouldn't be criticism from some angle or other," Seehofer said Thursday.