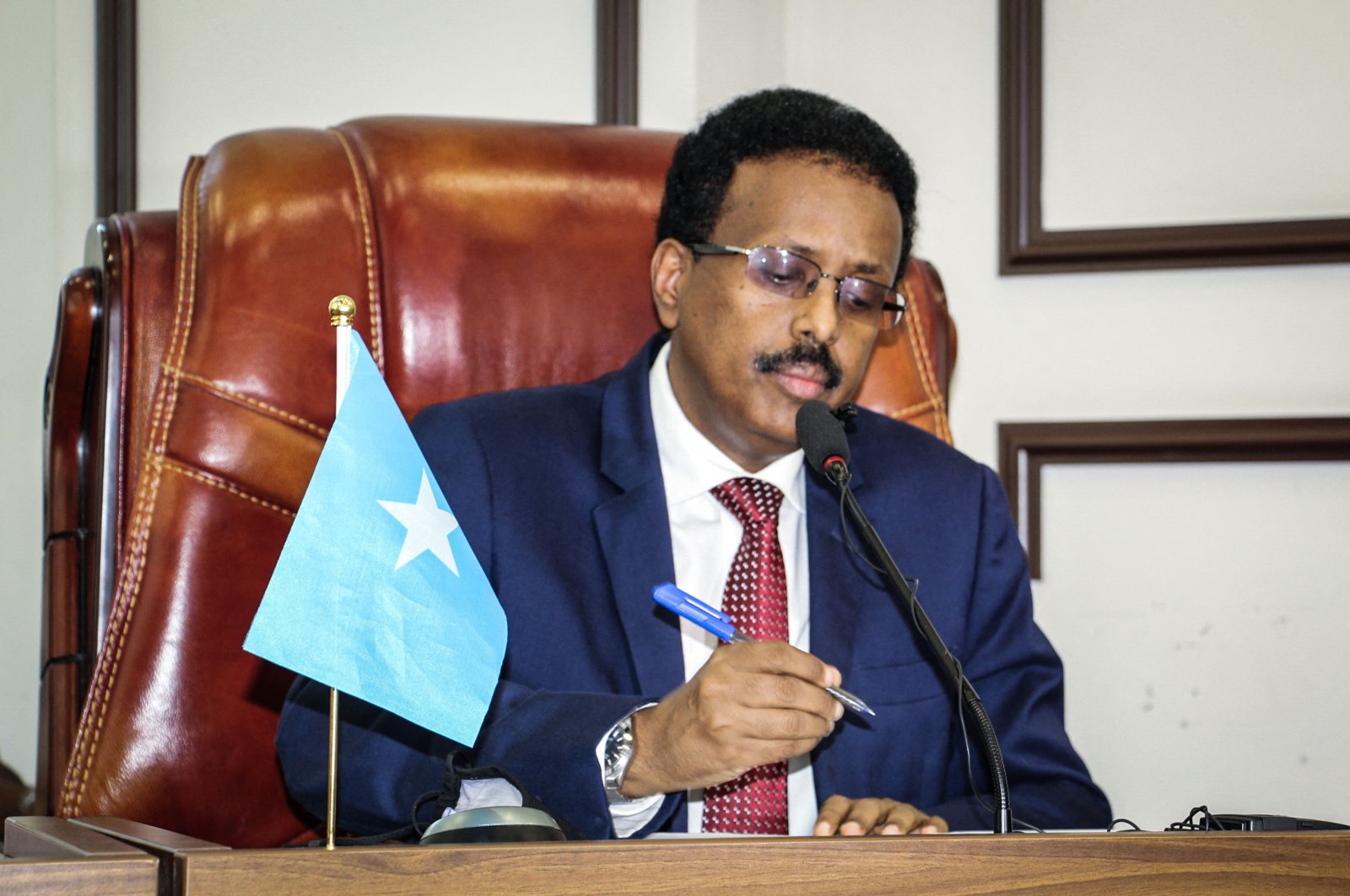 Somalia's President Mohamed Abdullahi Mohamed, commonly known by his nickname of Farmajo, attends a special assembly to discuss abandoning the two-year extension of his presidential term and to request an immediate election to ease recent political tensions, at Villa Hargeisa in Mogadishu, Somalia, May 1, 2021. (AFP Photo)
by French Press Agency - AFP May 01, 2021 7:28 pm
RECOMMENDED

Somalia is seeking to calm the country's worst political crisis in years as President Mohamed Abdullahi Mohamed, commonly known by his nickname of Farmajo, asked the prime minister on Saturday to organize elections as soon as possible.

In a brief speech before parliament that was broadcast live, Farmajo abandoned a policy voted earlier in the month that extended his term in office by two years.

"We have decided to seek the solution through negotiations and to avoid starting violence in the benefit of those who trade on the blood of the public," he said.

Deadly clashes have broken out between armed rivals in the capital Mogadishu since Farmajo failed to hold elections before his term ended in February.

The international community has repeatedly called for elections to go ahead, threatening sanctions against the nation of 15 million, which is divided into five member states.

In his speech, Farmajo returned to an agreement reached with member states in September to hold indirect elections whereby special delegates chosen by Somalia's clan elders pick lawmakers who in turn choose the president.

"I want to make clear that Prime Minister Rooble Mohamed Hussein will lead in preparing and implementing the election and the security of the election," he said.

"I ask the government to get ready for the huge task."

The measure was voted unanimously by the 140 members of parliament present.

Earlier in the week, the president had tried to ease tensions by "urgent discussions" with political actors in a highly-anticipated address to the nation.

Opposition candidates issued a statement on Friday night calling for Farmajo to step down.

"The council urges the Prime Minister Roble to take full control of the electoral process and national security," the statement said.