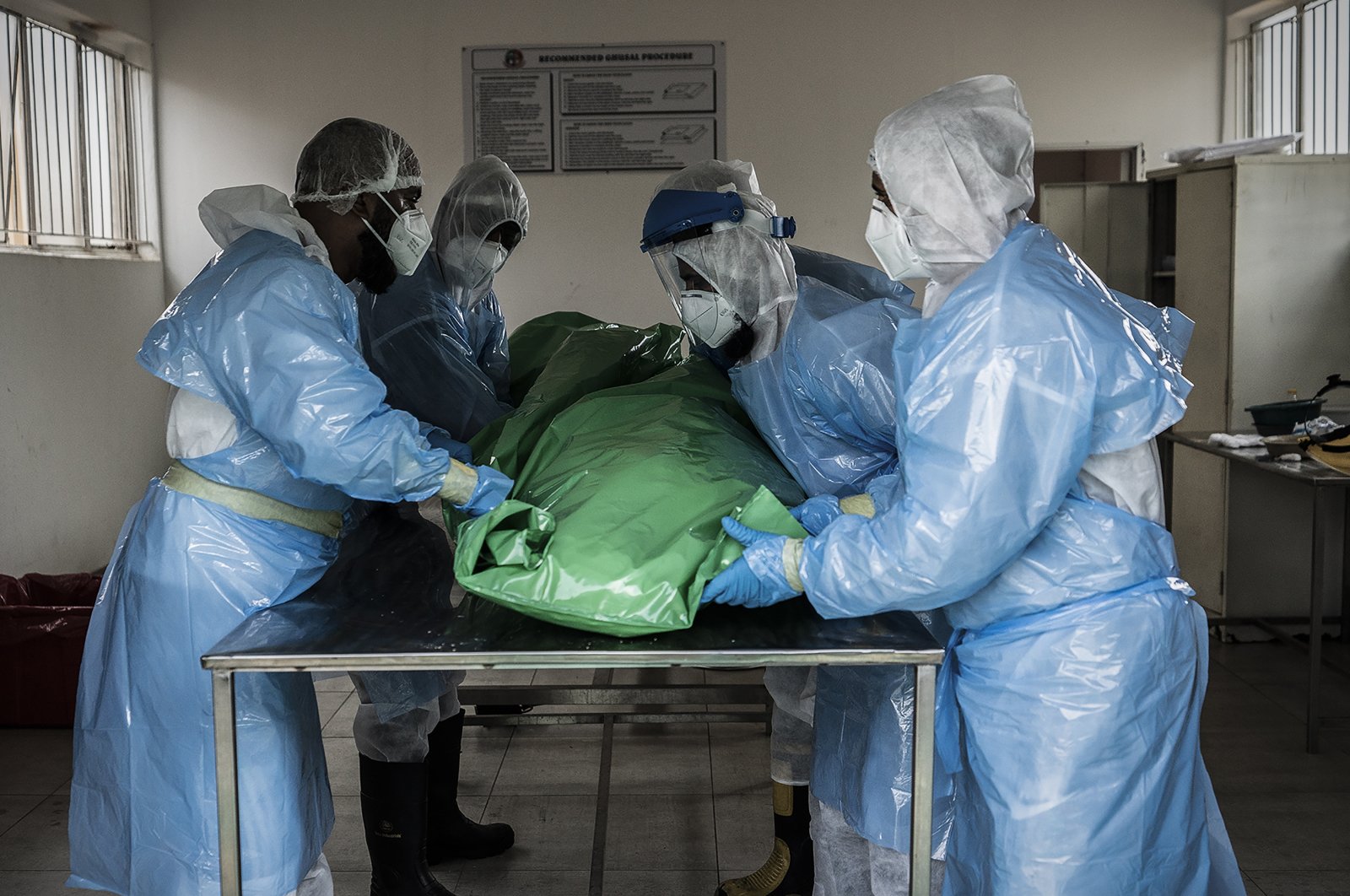 Members of the Saaberie Chishty Burial Society prepare the body of a person who died from COVID-19 at the Avalon Cemetery in Lenasia, Johannesburg Saturday Dec. 26, 2020. (AP Photo)
by REUTERS Dec 28, 2020 9:52 pm
RECOMMENDED

South Africa on Monday tightened COVID-19 restrictions, banning alcohol sales and extending a nationwide curfew, as infections shot through the one million mark owing to a faster-spreading variant of the disease discovered in the country.

South Africa has recorded the highest number of coronavirus infections on the continent, with 1,004,413 cases reported and nearly 27,000 deaths. Daily cases started rising rapidly at the end of November, to between 10,000 and 14,000.

The new variant, referred to as 501.V2, was discovered by a network of scientists around South Africa who have been tracking the genetics of the virus. It has led to a number of countries, including Britain and Germany, banning flights from the country.

President Cyril Ramaphosa said in a televised address that Cabinet had decided to move the country to level 3 restrictions from level 1, with immediate effect. This would include the total banning of alcohol sales, widespread canceling of events and making the wearing of masks in public a legal requirement.

The president said a number of districts and municipalities had been added to the hot spot list. These areas could be subject to further restrictions, he said.

"We now have to flatten the curve to protect the capacity of our healthcare system to enable it to respond effectively to this new wave of infections," Ramaphosa said.

"These restrictions may be reviewed in the next few weeks if we see a sustained decline in infections," Ramaphosa said.

Commercial center Gauteng, tourist favorite Western Cape and coastal Eastern Cape are the worst-hit provinces and accounted for most areas now considered hot spots. Areas in the northern Limpopo province were also added to the list.