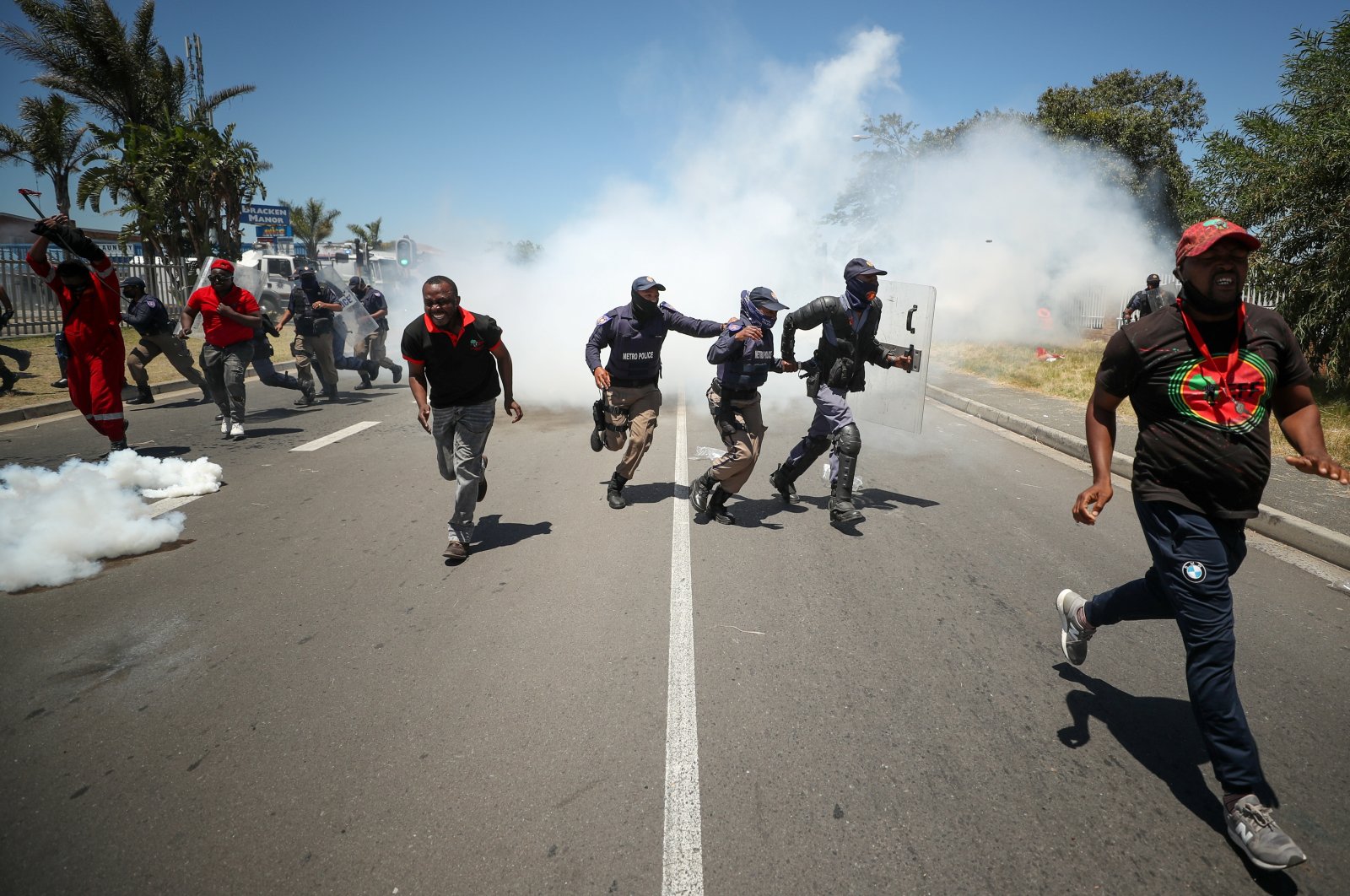 Anti-riot police aimed tear gas and water cannons toward hundreds of members of the radical leftist Economic Freedom Fighters (EFF) party gathered near the school. The protesters dispersed and regrouped a few blocks away.

The protests were the latest of a string of demonstrations against alleged racism at Brackenfell High School following the dance party held sometime late in October. A few days after the party, EFF members tried marching to the school but were blocked by some of the students' parents, resulting in fistfights.

The confrontation disturbed President Cyril Ramaphosa, who called for a probe, describing the clashes as "deeply regrettable." "The spectacle of parents and protestors coming to blows at the school gate is deeply unfortunate," said Ramaphosa, adding the development brought "back hurtful memories of a past we should never seek to return to."

The clashes occurred a few weeks after similarly racially charged protests in the central farming town of Senekal over the murder of a white farm manager by suspected black assailants. Despite the end of apartheid a generation ago, racial tensions in South Africa often remain high.