Thousands of Sudanese march on 3-year anniversary of power revolt 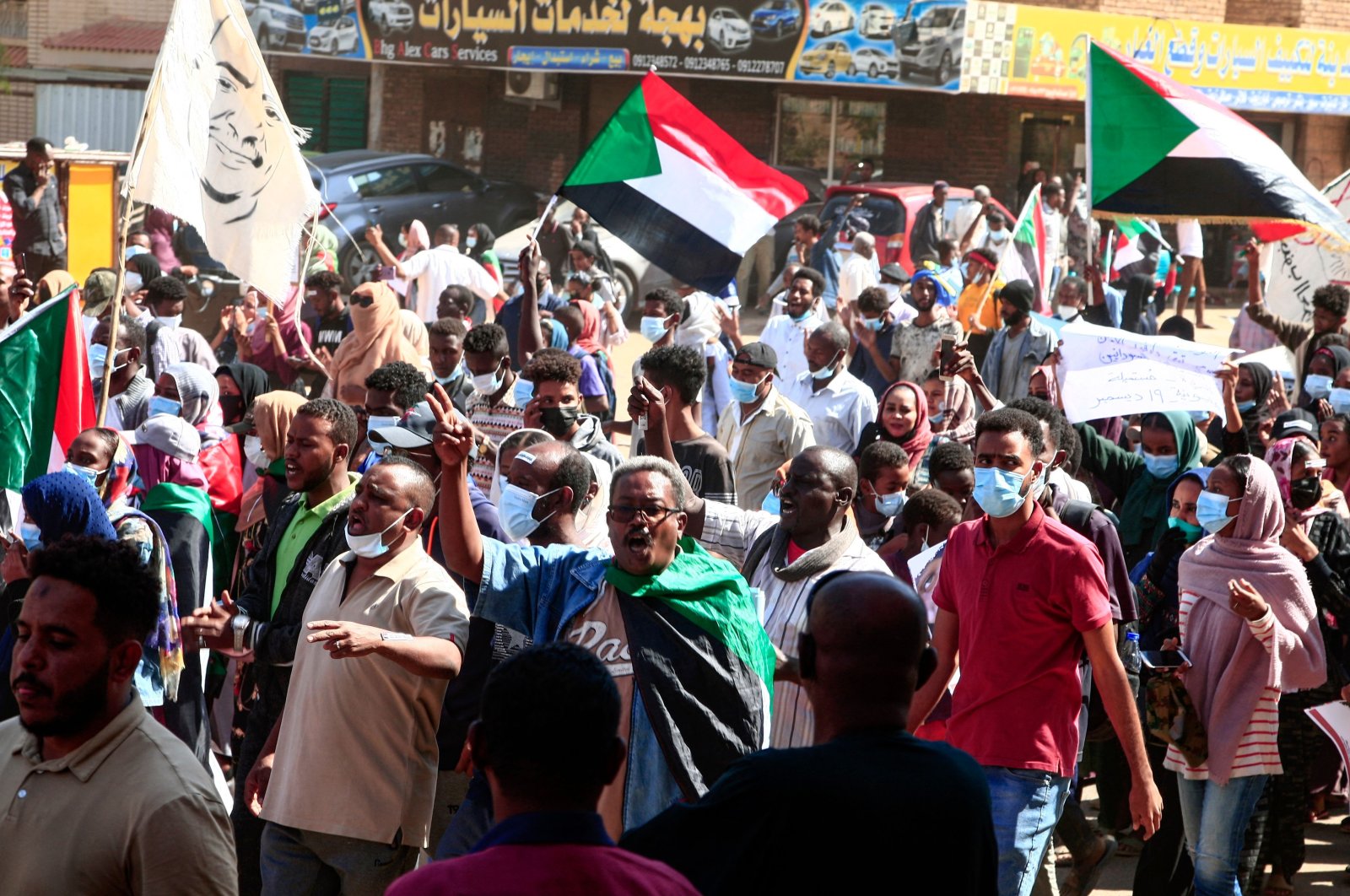 Thousands of Sudanese protesters rallied Sunday amid mounting fears over the democratic transition as they marked three years since the start of mass demonstrations that led to the ouster of Omar al-Bashir.

Authorities shut off bridges linking the capital Khartoum with its twin city Omdurman in anticipation of a large turnout.

Political parties and neighborhood committees had said they were mobilizing people to demonstrate against military chief General Abdel-Fattah al-Burhan, who launched an Oct. 25 coup followed by a bloody crackdown.

Thousands turned out in both Khartoum and Omdurman Sunday, shouting slogans against al-Burhan and his deputy Mohamed Daglo, also known as Hemeti, witnesses said. The generals had initially detained civilian leader Prime Minister Abdalla Hamdok, but reinstated him on Nov. 21.

The move alienated many of Hamdok's pro-democracy supporters, who dismissed it as providing a cloak of legitimacy for al-Burhan's coup.

Hamdok, who has argued he wants to avoid further bloodshed, warned in a late Saturday statement of "the country's slide toward the abyss," urging restraint from the protesters.

"We're facing today a sizeable regression in the path of our revolution that threatens the security of the nation, its unity and its stability," he said.

Protest organizers have however vowed, in a key slogan, "No negotiation, no partnership and no legitimacy."

Previous protests against the military takeover have been forcibly dispersed by the security forces. Nationwide, at least 45 people have been killed and scores more wounded, according to the independent Doctors' Committee.

Dec. 19 has a particular resonance in Sudanese history. Not only was it the day in 2018 when thousands launched mass protests that ended al-Bashir's three decades in power, it was also the day in 1955 when Sudanese lawmakers declared independence from British colonial rule.

"The coup has put obstacles in the way of the democratic transition and has given the military complete control over politics and the economy," Ashraf Abdel-Aziz, chief editor of the independent Al-Jarida newspaper, told Agence France-Presse (AFP).

Sudan's military dominates lucrative companies specializing in everything from agriculture to infrastructure projects. The prime minister said last year that 80% of the state's resources were "outside the finance ministry's control."

"The security apparatus has won out over political institutions. The success of a democratic transition rests on political action being the driving force," Abdel-Aziz said.

Khaled Omer, a minister in the ousted government, said the coup was a "catastrophe" but also "an opportunity to rectify the deficiencies" of the previous political arrangement with the army. He warned that anything could happen over the next few months with the military still firmly in power.

"If the main political actors don't get their act together and the military establishment doesn't distance itself from politics ... then all scenarios are on the table," Omer said.

Hamdok said he partnered with the military to "stop the bloodshed" that resulted from its crackdown on protests, and so as not to "squander the gains of the last two years."

But those achievements have been unraveling, as the political turbulence in Khartoum rekindles conflicts in Sudan's far-flung regions that Hamdok's government had made a priority to resolve.

A peace deal it signed with key rebel groups in South Sudan's capital Juba last year saw the main conflict in Darfur subside, but the region remains awash with weapons and nearly 250 people have been killed in ethnic clashes over the past two months.

Some of the Arab militias – that al-Bashir's government used as a counter-insurgency force in its infamous campaign in the early 2000s against ethnic minority rebels – have been integrated into the security apparatus.

Critics say the deal did nothing to bring them to account.