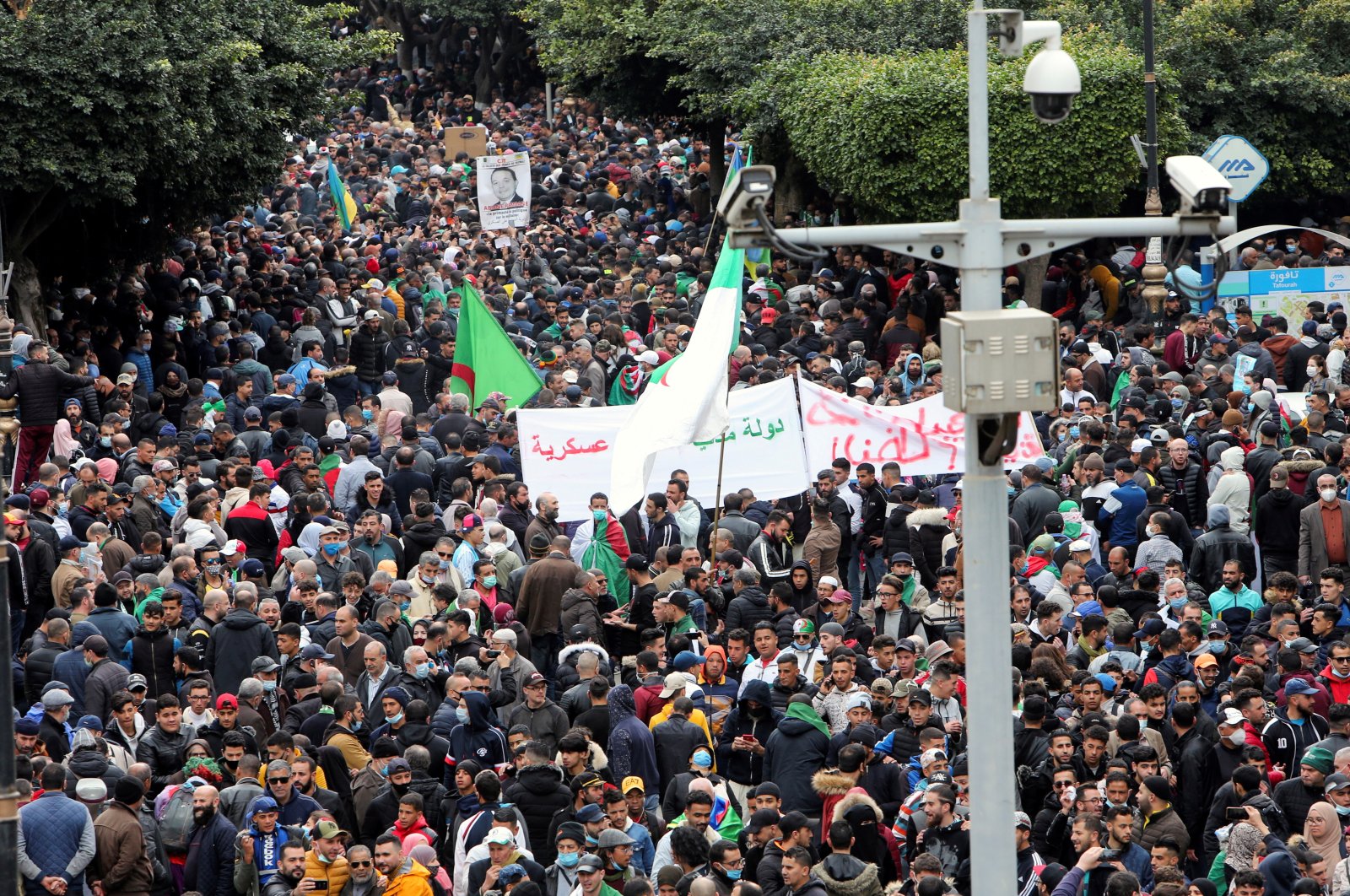 Thousands of anti-government protesters took to the streets of Algeria's capital on Friday as the Hirak movement gathers renewed momentum after a year-long hiatus due to the coronavirus pandemic.

Despite a ban on gatherings over COVID-19, crowds gathered in several neighborhoods of Algiers in the early afternoon and marched toward the city center, Agence France-Presse (AFP) journalists said.

"It's awesome. It's like the big Friday Hirak protests," one demonstrator said.

Also known as the Revolution of Smiles, the movement was sparked in February 2019 over president Abdelaziz Bouteflika's bid for a fifth term, and the long-time leader was forced from power in April that year.

Demonstrators kept up weekly protests after Bouteflika's resignation, demanding a sweeping overhaul of a ruling system in place since Algeria's independence from France in 1962.

They only suspended marches last March due to coronavirus restrictions, but calls have recently circulated on social media for a return to the streets.

Protesters on Friday were met by security forces who used truncheons and fired tear gas when a crowd forced its way through a police barrier to reach the Grand Post Office, the main Algiers rallying point of the Hirak protests, footage posted on the Interligne news site showed.

"Neither Islamist nor secular, but Hirakist," read a banner carried by protesters.

The crowd chanted "Civil state, not military state," a key rallying cry of the protests. It refers to the military establishment that holds sway over Algerian politics.

Police vans took up positions near main squares in the city center and roadblocks were set up on several major roads leading into the capital.

Rallies were also held in some provinces, including northeastern Kabylie and northwestern Oran, where a prominent human rights activist, academic Kadour Chouicha, was arrested, according to prisoners' rights group CNLD.

In Algiers, people among the crowd said there appeared to be at least as many people in the streets as last Monday when thousands marched to mark the second anniversary of the Hirak protests.