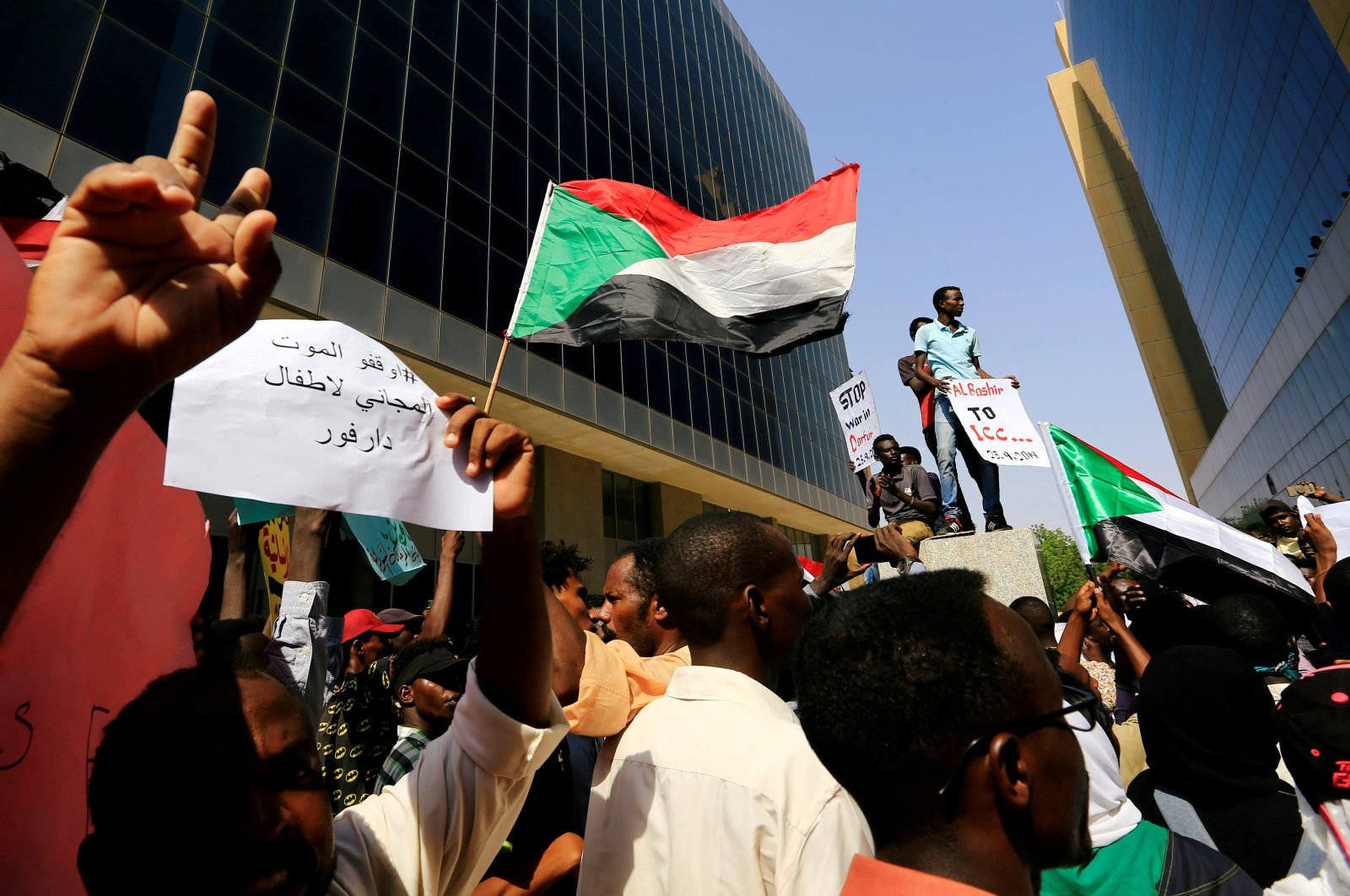 Protesters attend a rally calling for a stop to killing in Darfur and stability for peace, next to a building in front of the Ministry of Justice in Khartoum, Sudan, Sept. 23, 2019. (Reuters Photo)
by French Press Agency - AFP Apr 14, 2021 12:47 pm
RECOMMENDED

Tribal violence in Sudan's West Darfur region has displaced more than 1,800 people who have fled across the border into neighboring central African nation Chad over the past week, said the United Nations refugee agency.

The majority of refugees are women, children and senior citizens who have fled villages near the border since violence erupted on April 3, said Babar Baloch, a spokesperson for the U.N. High Commissioner for Refugees (UNHCR).

Some refugees have been forced to relocate several times after similar clashes killed more than 200 people two weeks after a joint peace mission to the region by the U.N. and the African Union (AU) ended in January.

"The refugees arriving in Chad talk of the destruction of their homes and possessions, and targeted attacks on refugee sites," Baloch said in a statement, describing conditions in eastern Chad as "disastrous."

"Families are living in the open air or are sheltering under trees or in makeshift huts," he said. "They have almost no protection against the elements in a region where temperatures regularly reach 40 degrees Celsius (104 degrees Farenheit) during the day," he said.

The vast Darfur region was previously ravaged by a civil war that erupted in 2003, leaving around 300,000 people dead and 2.5 million displaced, according to the U.N.

A U.N. spokesperson told reporters Friday that the latest bout of violence erupted between Massalit and Arab tribes in the West Darfur state capital El Geneina when assailants shot dead two men of the Massalit tribe. In response, armed elements from both sides mobilized.

The Massalit are mainly farmers, while the Arab tribes are mainly herders, with the violence and divisions rooted in disputes over land, pasture and water resources, according to the U.N.

The U.N. said it was "appalled" by the resurgence of violence, saying all tribes responsible for the bloodshed must be disarmed, with the Human Rights Office calling for independent investigations.