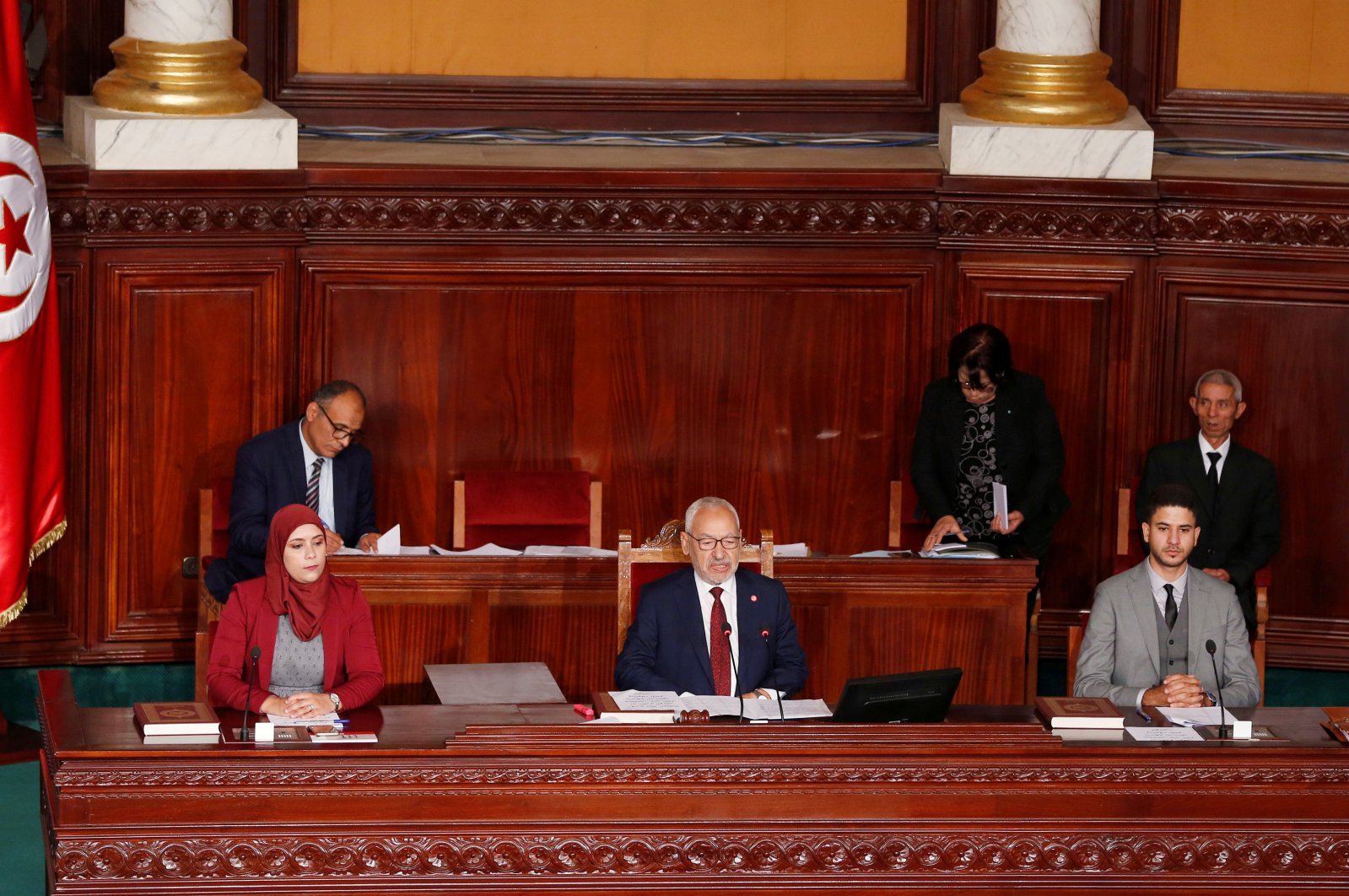 "The Tunisian parliament is in session and we adhere to (its) legitimacy and reject the coup,” Ghannouchi, the leader of the moderate Islamist Ennahdha Party, told Turkish broadcaster TRT.

"Since the moment we heard of the coup, we have taken to the streets and we are trying to observe the Turkish lesson,” Ghannouchi added, in reference to the 2016 defeated coup in Turkey.

"The Tunisian military establishment separates between what is political and military and it has no interest in getting involved in political issues,” he said.

The parliament speaker accused the Emirati media of being behind the coup and targeting the Ennahdha movement.

In his Sunday speech, Saied said he will suspend the immunity of all members of parliament and take control of the general prosecutor’s office. He claimed that he has taken the decisions after consulting Mechichi and Ghannouchi.

Ghannouchi, for his part, described Saied's moves as nothing but a "full-fledged coup" against the Tunisian constitution, revolution and freedoms in the country.

Tunisia has been gripped by a deep crisis since Jan. 16, when Mechichi announced a cabinet reshuffle but Saied refused to hold a ceremony to swear in the new ministers. Tunisia also faces an unprecedented spread of the COVID-19 strains in most states, causing a rapid spread of the virus.

Tunisia is seen as the only Arab country that succeeded in carrying out a democratic transition among other Arab countries that also witnessed popular revolutions that toppled the ruling regimes, including Egypt, Libya, and Yemen.