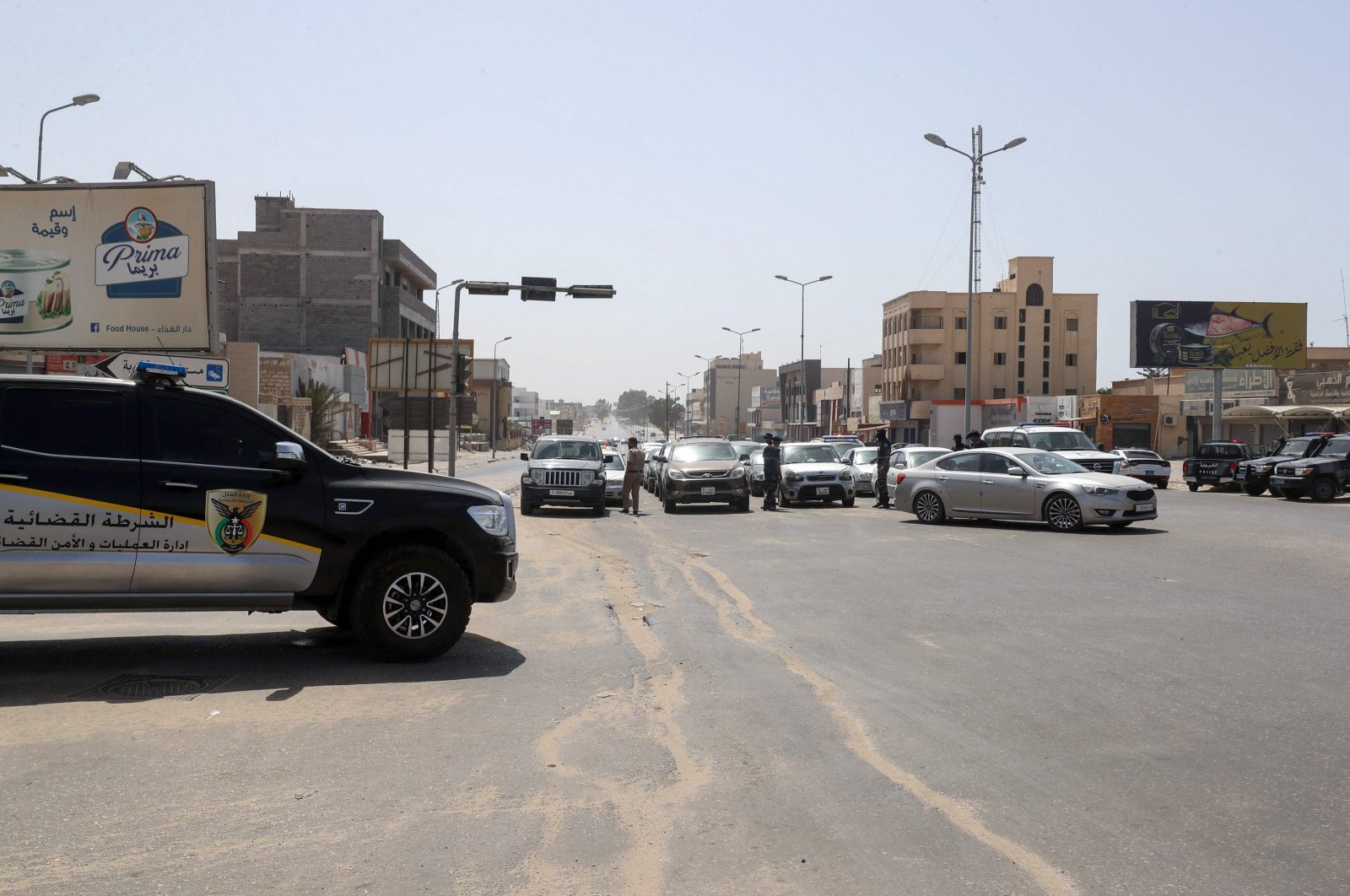 Libyan security officers man a check point to verify the implementation of a total curfew the authorities announced a day earlier, to mitigate the spread of the COVID-19 pandemic, in the capital Tripoli, Libya, on Aug. 7, 2021. (AFP Photo)
by Daily Sabah with AFP Aug 11, 2021 8:54 am
RECOMMENDED

The United Nations Support Mission in Libya (UNSMIL) Tuesday evening said it "condemned" what it described as the "abduction" of the chief of staff to a senior politician in the capital Tripoli.

The kidnapping is the latest in a series of events that have cast doubt on the war-torn country's progress towards planned free and fair national polls in December, including a recent collapse of talks on an electoral format.

UNSMIL said in a statement on Twitter it was "deeply concerned about the abduction and disappearance of Mr. Rida Faraj Fraitis, Chief of Staff of the First Deputy Prime Minister of the Government of National Unity."

The U.N. mission "condemns" the kidnapping, it said.

Fraitis was abducted by "unidentified armed men" along with a colleague on Aug. 2, after he visited the GNU premises in the capital, UNSMIL said, noting that it "fears for their safety and security."

The U.N. also said it was concerned about others working in various roles on the country's democratic transition who have been similarly targeted.

They include a number of cases of "illegal arrests and detention, enforced disappearances, torture and extrajudicial killings" over the past year.

Such documented events have "serious implications for the peace and reconciliation process and for the full unification of national institutions," Tuesday's statement said.

Libya was gripped by violence and political turmoil in the aftermath of the 2011 NATO-backed uprising that ousted and killed dictator Moammar Gadhafi.

In recent years, the oil-rich country was split between two rival administrations.

After putschist Gen. Khalifa Haftar's forces were routed from the country's west last year, the two camps in October signed a cease-fire in Geneva.

An interim administration was established in March to prepare for presidential and parliamentary polls on Dec. 24.

But recent talks in Geneva exposed deep divisions over when to hold elections, what elections to hold, and on what constitutional grounds – a blockage that threatens to hurl Libya back into crisis.

"Libya must end the entrenched culture of impunity in the country," U.N. envoy for Libya Jan Kubis said on Tuesday.