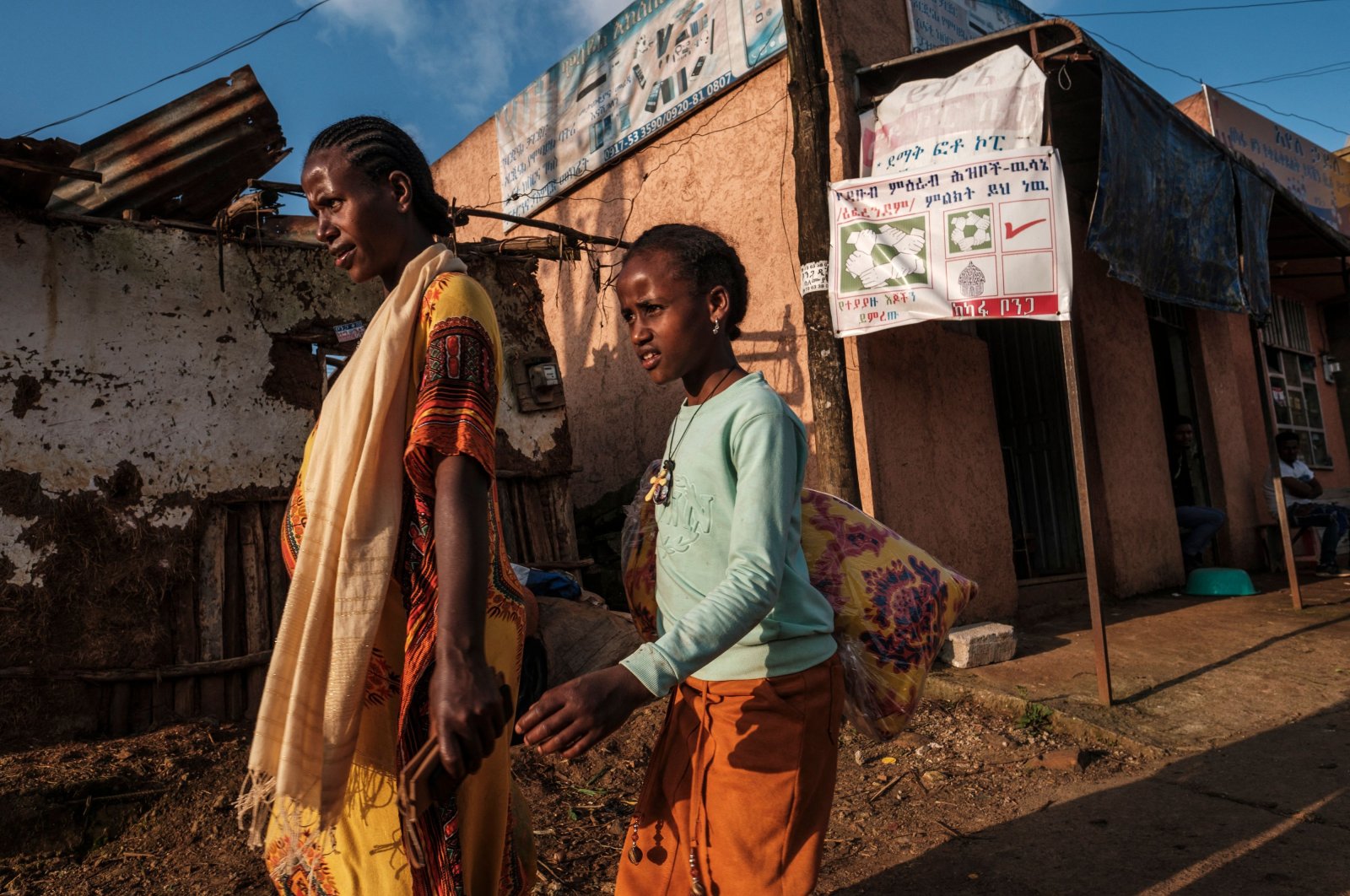 Pregnant women and nursing mothers in Ethiopia's conflict-torn Tigray region are suffering from "unprecedented" malnutrition, the United Nations said in a report published after the government expelled several U.N. officials.

"Of the more than 15,000 pregnant and lactating women screened during the reporting period, more than 12,000 women, or about 79%, were diagnosed with acute malnutrition," the report said.

The level of moderate malnutrition among children under five "is also exceeding the global emergency threshold of 15%, at about 18%, while the cases of children with severe malnutrition is 2.4%, above the alarming 2% level," it said.

On Thursday, Ethiopia announced it would expel seven senior U.N. officials for "meddling" in its affairs, including the local heads of the U.N. children's agency UNICEF and its humanitarian coordination office.

The U.N. officials were given 72 hours to leave the country.

The U.N. issued a formal protest over Ethiopia's decision to expel the officials, deputy U.N. spokesman Farhan Haq said Friday, adding that the Ethiopian prime minister had earlier in the day called U.N. Secretary-General Antonio Guterres, who has previously said he was "shocked" by the decision.

The formal notification of a protest came as diplomats held an emergency Security Council meeting behind closed doors Friday to discuss the matter.

However, a draft Security Council statement initiated by Ireland has little chance of success, several diplomats told Agence France-Presse (AFP) after the meeting.

In a statement released late Friday in Ethiopia, the country's foreign ministry accused the officials of diverting "humanitarian assistance to the TPLF" – the Tigray People's Liberation Front, which has been locked in a monthslong battle with government troops.

It said the officials were responsible for the "dissemination of misinformation and politicization of humanitarian assistance," but provided no proof to support any of the claims.

"We are confident that the provision of humanitarian assistance will not be affected due to this measure," the ministry said.

The U.N.'s humanitarian chief Martin Griffiths has previously condemned accusations by Ethiopian government officials that aid workers were biased in favor of – and even arming – the TPLF, calling the claims unfair and dangerous.

Prime Minister Abiy Ahmed, winner of the 2019 Nobel Peace Prize, sent troops into Tigray last November to topple the TPLF, then the regional ruling party, a move he said was in response to TPLF attacks on army camps.

Fighting wore on for months before Tigrayan rebels retook the regional capital Mekele in June and government forces largely withdrew from the region.

Since then, the TPLF has launched offensives into the neighboring Amhara and Afar regions and the humanitarian crisis has worsened.

Tigray itself is receiving only about 10% of the aid it needs, and in July the U.N. warned that 400,000 people across the region had "crossed the threshold into famine."

The U.N. situation report published Thursday said that during the week ending Tuesday, 79 aid trucks had reached Tigray from Afar.

"This brings the number of humanitarian trucks that entered the region since July 12th to 606 trucks, or 11% of the trucks needed."

Federal officials blame the TPLF for obstructing deliveries, but a U.S. State Department spokesperson told AFP last week that access to essential supplies and services was "being denied by the Ethiopian government" and that there were "indications of a siege."

"In this time of looming famine and heartbreaking need, the Government of Ethiopia continues to take steps to prevent aid from reaching the people who need it," USAID chief Samantha Power said on Friday, condemning the expulsions.

The TPLF also slammed the expulsions, calling them "the latest addition to the criminal behaviors that the regime has adopted as acceptable tactics."

In September the U.N. sounded the alarm over hundreds of aid trucks it said had "not returned" from Tigray, though the TPLF said this was due to obstructions drivers faced while entering from Afar, currently the only viable road route into Tigray.

The U.N. has been able to operate 17 passenger flights from Addis Ababa to Mekele since July.

However, the EU humanitarian air bridge, initially expected to provide fairly regular service, has only been able to operate one flight since it was inaugurated on Sept. 11.