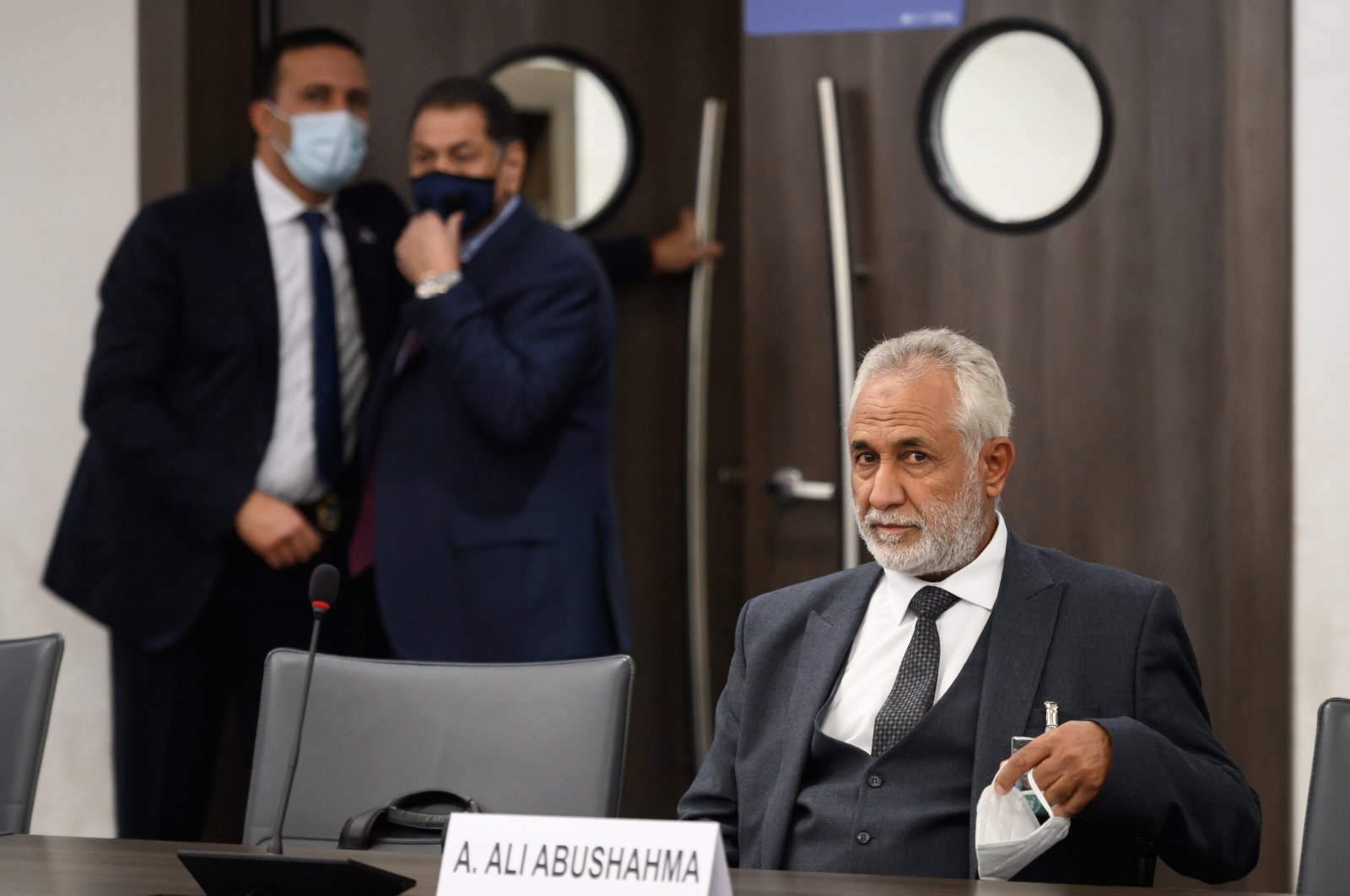 The head of the Government of National Accord (GNA) military delegation, Ahmed Ali Abushahma, attends talks between the rival factions in the Libya conflict, in Geneva, Switzerland, Oct. 20, 2020. (AP Photo)
by DAILY SABAH Nov 03, 2020 10:27 am
RECOMMENDED

Military leaders from Libya’s warring sides met on home soil for a second day on Tuesday to discuss the implementation of a recently signed cease-fire.

"A lot of progress was made today," Stephanie Williams, the acting United Nations envoy to the war-ravaged North African nation, said on Monday at the end of the first day of talks.

"The courage and determination ... between those officers is what is needed from your political class," she added.

The three-day meeting of the joint military commission is taking place in Ghadames, a desert oasis some 465 kilometers (290 miles) southwest of the capital Tripoli.

The remote area, near Libya's borders with both Algeria and Tunisia, is far from the power bases of either side.

The military commission had been dubbed "5+5" because it is made up of five officers from each camp.

The meeting, constituting the fifth round of U.N.-brokered talks, follows an Oct. 23 deal when the two warring sides inked a "permanent" cease-fire agreement intended to pave the way for a political solution to the country's grinding conflict and a move the U.N. billed as historic after years of fighting that has divided Libya.

Williams said Monday that a "determination to implement the cease-fire agreement was present at the table."

The U.N. mission in Libya said the meetings would last through Wednesday and would involve discussing the implementation and monitoring of the Geneva cease-fire, along with details on how to verify possible violations.

Libya, with Africa's largest proven crude oil reserves, has been wracked by conflict for nearly a decade, since the overthrow and killing of longtime ruler Moammar Gadhafi in a NATO-backed uprising in 2011.

The country is split between the U.N.-supported Government of National Accord (GNA) in the capital Tripoli in the west and rival authorities based in the east.

The current talks are part of long-running efforts to broker peace. Warring factions returned to the negotiating table in September in U.N.-supported talks, with negotiations being held in Morocco, Egypt and Switzerland.

Following the talks on the criteria for appointments to Libya’s key institutions in Morocco’s Bouznika in September, rival sides are expected to launch another round of the Morocco talks in the upcoming days.

“You have defied all challenges and obstacles to meet in Libya, in the city of Ghadames, the symbol of coexistence and unity, which has a special place in the hearts of the Libyan people,” the U.N. mission chief told attendees at the start of the talks. “You said it out loud: ‘No more fighting, and yes to peace and unity.’”