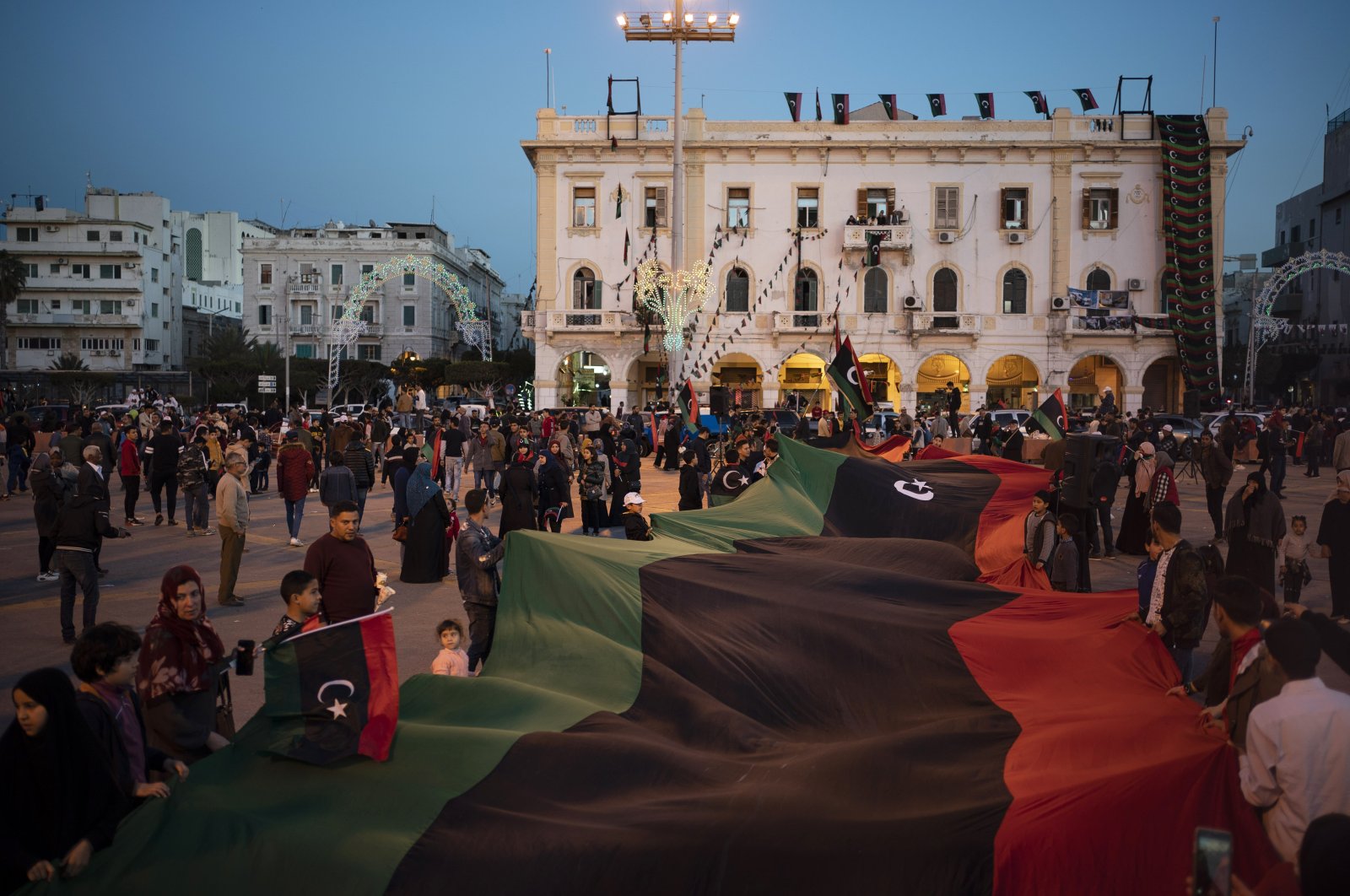 People carry a giant Libyan flag at the Martyrs square during a march commemorating the anniversary of anti-Gadhafi protests in Tripoli, Libya, Feb. 25, 2020. (AP Photo)
by Daily Sabah with AP Apr 16, 2021 11:07 pm
RECOMMENDED

The resolution that easily cleared the international body also called on Libya's Government of National Accord to prepare for "free, fair and inclusive" national elections in December.

"Free, fair and credible elections will allow the Libyan people to elect a representative and unified government and reinforce the independence, sovereignty, territorial integrity and national unity of Libya," the resolution said.

It further called to "ensure the full, equal and meaningful participation of women and the inclusion of youth."

Jan Kubis, U.N. Secretary-General Antonio Guterres's special envoy for Libya, urged Libyan lawmakers on March 24 to pass necessary legislation by July "at the latest" so that the elections can be held as planned. Friday's resolution stated that the legislation should be in place no later than July 1.

A cease-fire between the U.N.-recognized government and forces loyal to warlord Khalifa Haftar has largely held since it was brokered in October, and Secretary-General Antonio Guterres had called for international monitors to be deployed to monitor the situation.

Libya has been beset by conflict since former longtime strongman Moammar Gadhafi was overthrown in 2011 amid a mass revolt supported by NATO. Civil war ensued in the aftermath of his ouster, and it has persisted for nearly a decade.

Libya is expected to hold nationwide parliamentary and presidential elections in December after having polls delayed for three years amid the conflict between the government's and Haftar's forces.

In early February, the war-torn country embarked on a new phase of its post-Gadhafi transition after an interim executive was selected to lead the country until December elections, following a decade of chaos.

Abdul Hamid Dbeibah, a 61-year-old engineer, was selected as interim prime minister by 75 Libyan delegates at U.N.-led talks outside Geneva, the culmination of a dialogue process launched in November.

The new premier called for the "reconstruction of the country" and promised to be "ready to listen to and work with all Libyans, whatever their ideology, affiliation or region."