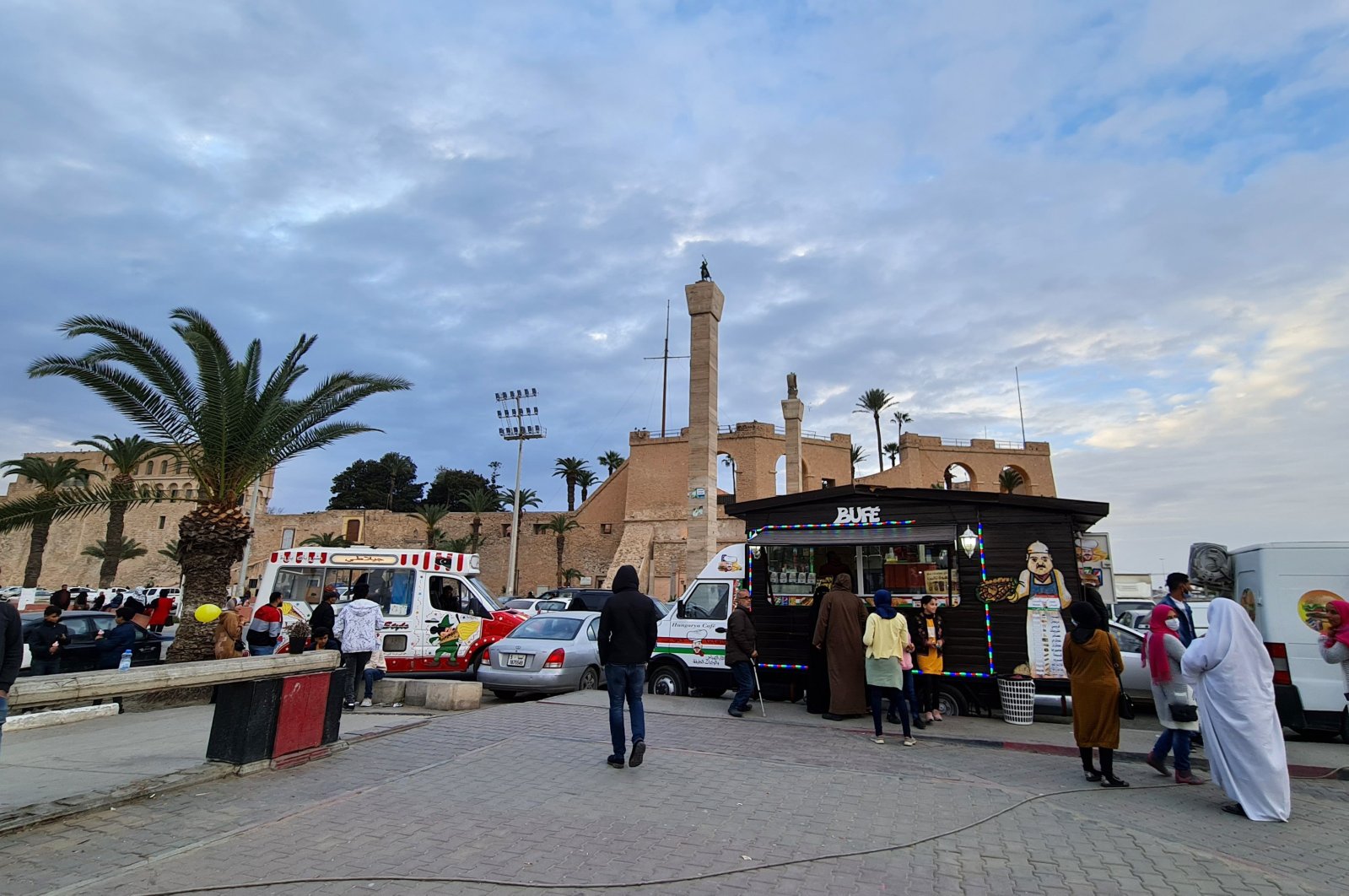 Their list won with 39 votes versus 34 for their rivals; eastern-based parliament chief Aguila Saleh and western-based interior minister Fathi Bashagha as prime minister.

"On behalf of the United Nations I am pleased to witness this historic moment," said U.N. acting Libya envoy Stephanie Williams, who was interrupted by applause, according to Reuters.

The vote was part of a complex process it is hoped will help shepherd the deeply-divided state towards peace, and build on a fragile cease-fire to end more than a decade of devastating conflict. The 75 participants at the Libyan Political Dialogue Forum (LPDF), selected by the United Nations to represent a broad cross-section of society, were shown on footage broadcast live by the U.N. casting their ballots at a venue outside Geneva.

"We have four lists on which you are going to decide today," Williams told delegates after they stood for the national anthem."They are diverse. They are representative of Libya's greatness and its potential."

Williams announced on Jan. 3 the formation of an 18-member Consultative Council of the Libyan Dialogue Forum to draft a formal mechanism to select Libya's temporary executive.

The U.N. recognizes the Government of National Accord (GNA) headed by Prime Minister Fayez Sarraj, who is also supported by Turkey, as the country's legitimate authority as Tripoli has battled putschist Gen. Khalifa Haftar's militias since April 2019 in a conflict that has claimed thousands of lives.

Diplomatic efforts have been underway in recent months to solve the Libyan conflict following victories by the Libyan Army against Haftar's militias.

Under a U.N.-backed cease-fire signed Oct. 23, foreign troops and mercenaries were to pull out of Libya within three months. That deadline passed last week with no movement announced or observed on the ground.

“The cease-fire is holding,” U.N. Secretary-General Antonio Guterres recently told reporters last week. “It’s essential that all foreign troops and all foreign mercenaries move first to Benghazi and to Tripoli and, from there, move back and leave the Libyans alone, because the Libyans have already proven that, left alone, they are able to address their problems,” he said.

The U.N. estimates there are some 20,000 foreign troops and mercenaries in Libya helping the warring factions: the GNA and Haftar.

Haftar has the backing of the United Arab Emirates (UAE), Egypt and Russia, particularly mercenaries from a private group with links to Russian President Vladimir Putin. The GNA is supported by Turkey.

Mercenaries in Libya include several thousand each from Syria and Sudan and a thousand from Chad, a diplomat speaking on condition of anonymity previously told Agence France-Presse (AFP).