UN to blame for 'political deadlock' over W. Sahara: Polisario 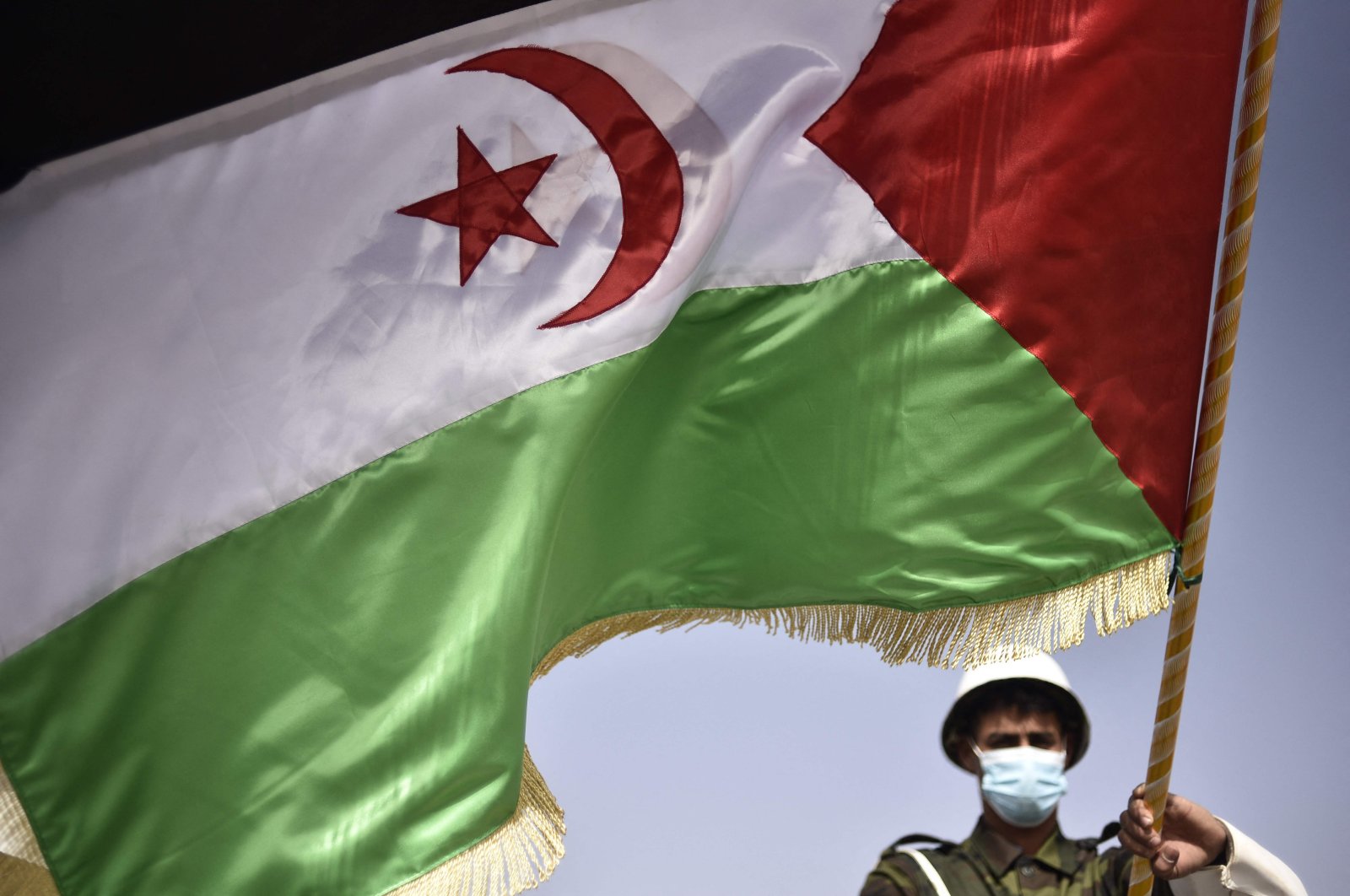 A Sahrawi soldier waves the Sahrawi flag during a parade marking the 45th anniversary of the declaration of the self-declared Sahrawi Arab Democratic Republic (SDAR), at a refugee camp on the outskirts of Tindouf, Algeria, on Feb. 27, 2021. (AFP Photo)
by French Press Agency - AFP
Feb 28, 2021 11:23 am

Pro-independence rebels fighting Morocco for Western Sahara said Saturday the United Nations was responsible for "political deadlock" over the disputed territory, on the 45th anniversary of their unilateral declaration of independence.

The Algeria-backed Polisario Front controls about a fifth of the vast, arid territory of Western Sahara, and is demanding a promised UN-run referendum on self-determination.

Morocco has offered autonomy but maintains the territory is a sovereign part of the kingdom.

"We ask the United Nations to urgently fulfill its promises: that of ridding Western Sahara of colonization, in accordance with its charter and its resolutions," Polisario leader Brahim Ghali said in a speech at a refugee camp.

"The Polisario Front tried for 29 years to avoid war by making concessions, but it has faced a total absence of cooperation both from the Moroccan side and the U.N.," added senior Polisario official Khatri Addouh, cited by the official Sahrawi news agency Sahara Press Service (SPS).

The U.N. is responsible for the "political deadlock" on the Sahrawi question due to its "laxity" in the face of Morocco, Addouh was quoted as saying from a Sahrawi refugee camp near the Algerian desert town of Tindouf.

The Polisario fought a war of independence with Morocco from 1975 to 1991 and its leaders proclaimed the Sahrawi Arab Democratic Republic (SADR), which remains internationally unrecognized, on Feb. 27, 1976.

The U.N. has repeatedly failed to find a lasting settlement since it brokered a cease-fire on the line of control in 1991.

U.N.-led negotiations involving Morocco and the Polisario, with Algeria and Mauritania as observers, have been suspended since March 2019.

On Saturday in Tindouf, Polisario armed forces marched in a military parade attended by Sahrawi leaders to mark the anniversary.

Soldiers marched behind a woman draped in a Sahrawi flag, wearing masks to protect against the coronavirus.

'Keeping up the struggle'

Tensions rose sharply in November when Morocco sent troops into a buffer zone to reopen the only road leading from Morocco to Mauritania and the rest of West Africa after the separatists had blocked it the previous month.

The Polisario responded by declaring the 1991 U.N.-backed cease-fire null and void, arguing the road had not existed when the truce was signed and was therefore illegal.

The two sides have since exchanged regular fire along the demarcation line, though claims are difficult to independently verify in the hard-to-access area.

"The Sahrawi people will keep up their struggle for justice and to liberate Sahrawi territory from the Moroccan presence," Brahim Ghali, president of the self-proclaimed SADR, said Saturday from the Aousserd refugee camp.

Rabat has won the recognition of its claim to sovereignty over the entire disputed territory from numerous countries, which have opened consulates in Western Sahara.

The Polisario considers the opening of the missions a "violation of international law and an attack on the legal status of Western Sahara as a non-autonomous territory."

In December, Morocco normalized ties with Israel in a diplomatic quid pro quo that saw Washington back Moroccan rule over Western Sahara, a move that infuriated the Polisario.

Despite the move, the U.N. insists its position on the territory remains "unchanged."

The Sahrawis hope the administration of U.S. President Joe Biden will revisit the decision, which they say "violates all decisions and resolutions of all international bodies."

The Britain-sized territory is home to about 1 million people.

During a meeting Thursday with Algerian President Abdelmadjid Tebboune, Ghali, who is also the Polisario secretary-general, decried "the silence of the international community" on the Western Sahara question.

He called on international human rights organizations to go to the former Spanish colony "to protect defenseless Sahrawi citizens."