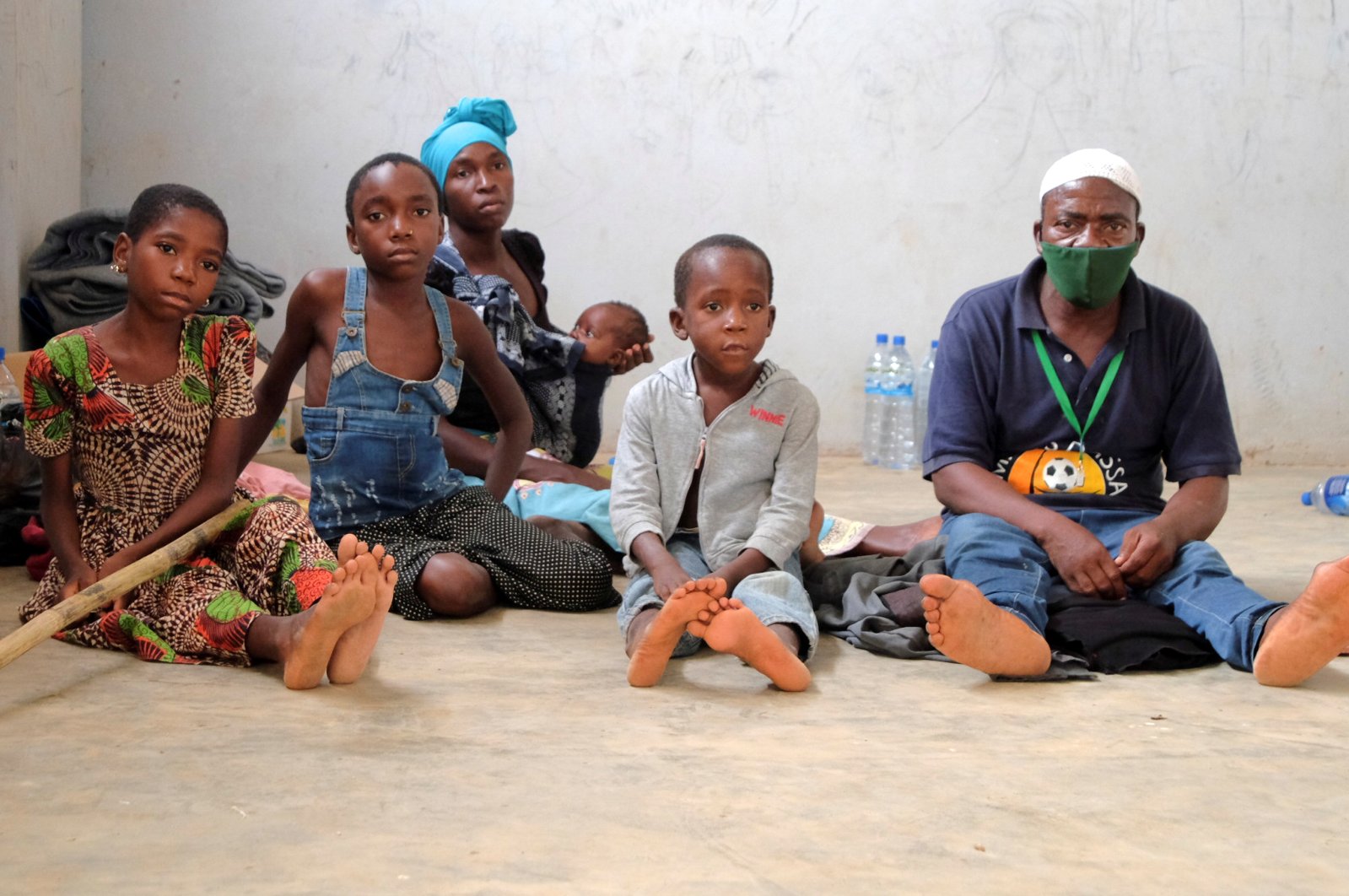 Adelino Alberto and his family, who fled an attack claimed by Daesh-linked insurgents on the town of Palma, are seen at a temporary displacement center in Pemba, Mozambique, April 3, 2021. (REUTERS Photo)
by Reuters Apr 06, 2021 4:00 pm
RECOMMENDED

U.N. teams have received "worrying" reports that Tanzania has rejected over 1,000 people seeking refuge from a Daesh-claimed attack on a town in northern Mozambique, the U.N. High Commissioner for Refugees (UNHCR) said Tuesday.

The March 24 attack on the town of Palma, adjacent to gas developments worth $60 billion, sent the town's residents scattering in all directions, with some fleeing into dense forest while others escaped by boat.

"UNHCR teams ... have received worrying reports from displaced populations that over 1,000 people fleeing Mozambique and trying to enter Tanzania were not allowed to cross the border to seek asylum," the U.N. agency said in a statement.

"UNHCR calls on Mozambique's neighbors to provide access to territory and asylum procedures for those escaping violence and seeking protection," it said. Palma lies near Mozambique's northern border with Tanzania.

The UNHCR had earlier told Reuters it does not have access to the border or affected areas, without giving a reason. Tanzanian authorities could not immediately be reached for comment.

Last week a boat with 45 fleeing Mozambicans on board docked in Tanzania, where a local community leader said they had been given food and shelter.

The UNHCR said the attack on Palma had forced at least 11,000 people out of the area, with thousands more reported to be trapped there still. Civilians have been arriving in areas of relative safety further south by foot, plane, road and boat.

The military said Sunday that Palma was now "completely safe," while local media that visited the town said some citizens had started to return.

However, the full extent of the casualties and displacement from the attack remains unclear.