WHO declares end of Ebola epidemic in eastern DR Congo 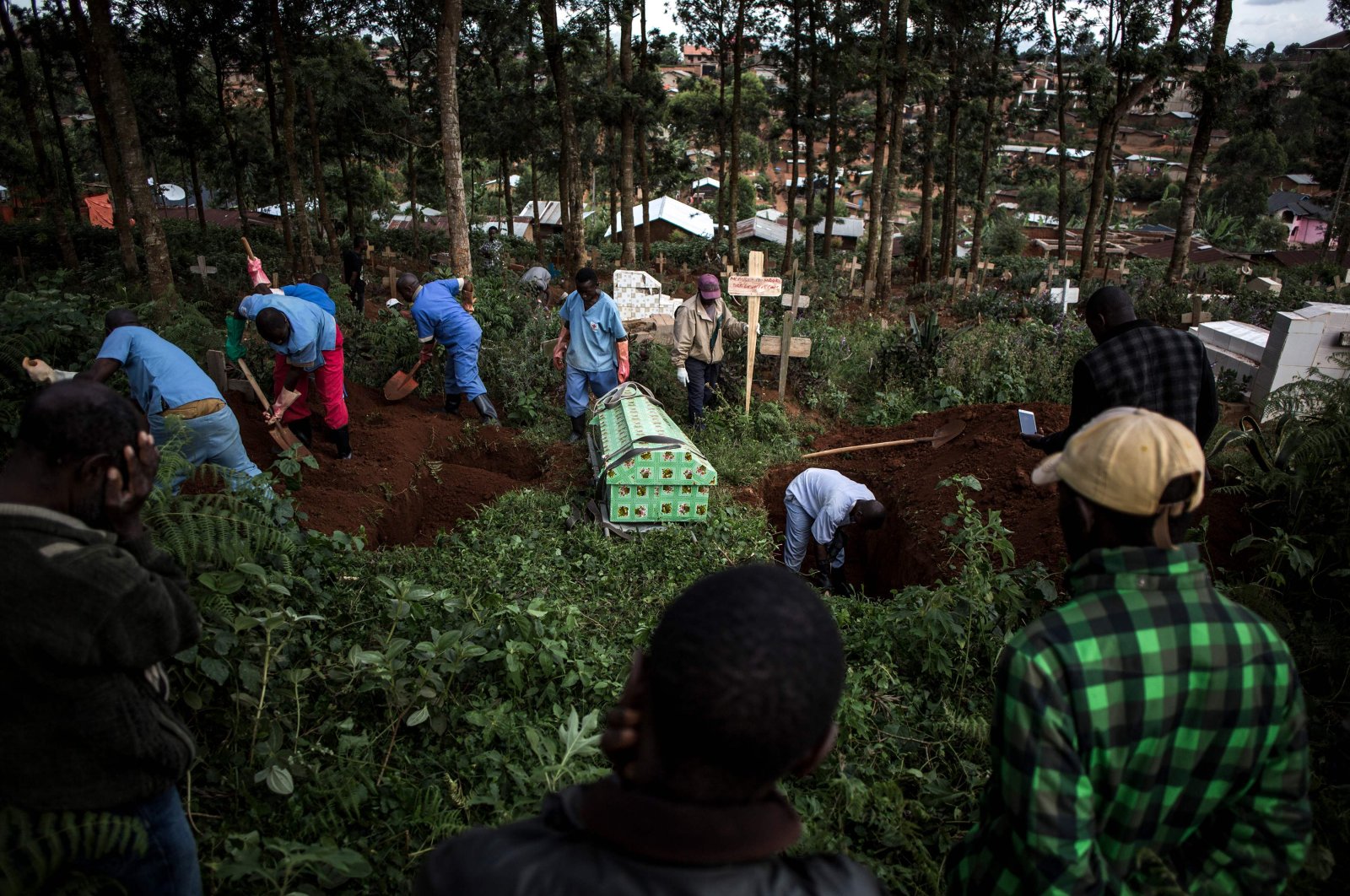 Family members react as they watch a victim of the Ebola virus being buried in Butembo, Democratic Republic of Congo, May 16, 2019. (AFP Photo)
by Agencies Jun 25, 2020 3:04 pm
RECOMMENDED

The World Health Organization (WHO) announced an end to the Ebola outbreak in the eastern Democratic Republic of Congo (DRC) that killed 2,280 people over nearly two years.

"#Ebola outbreak in #DRC is OVER! WHO congratulates all those involved in this tough and often dangerous work to end the almost 2-year long outbreak," it said on Twitter.

The outbreak was "the longest, most complex and deadliest" in the 60-year history of the DRC, Health Minister Eteni Longondo said.

On June 1, as the epidemic in the east waned, a new outbreak, the DRC's 11th since Ebola was identified in 1976, was announced in the country's northwest.

For an outbreak to be officially over, there have to be no new cases reported for 42 days, which is double the incubation period of the deadly hemorrhagic microbe.

The eastern outbreak was just three days from reaching the finishing line in April when a new case was reported. Further cases meant that the clock was restarted on May 14.

The epidemic in the east was declared by the WHO in July 2019 to be a Public Health Emergency of International Concern, a move that steps up international support given the epicenter's close proximity to neighboring Rwanda and Uganda.

The worst-hit area was North Kivu, a province battered by militia killings and ethnic violence. Eleven workers and patients were killed, the U.N. said.

Two experimental vaccines were brought in to help roll back the disease. More than 320,000 people received the vaccination.

The Ebola virus is passed on by contact with the blood, body fluids, secretions or organs of an infected or recently deceased person.

It has a natural reservoir in nature, which is believed to be a species of bat.

The death rate is typically high, ranging up to 90% in some outbreaks, according to the WHO.

The northwest's outbreak, about 1,000 kilometers (600 miles) away from the one in the east, is focused on Mbandaka, a transport hub on the Congo River in the province of Equateur.

It has claimed 13 lives out of 24 cases, according to the WHO.

Equateur was previously hit by Ebola between May and July 2018. Thirty-three people died.