WHO warns of 'bigger' spread of coronavirus epidemic 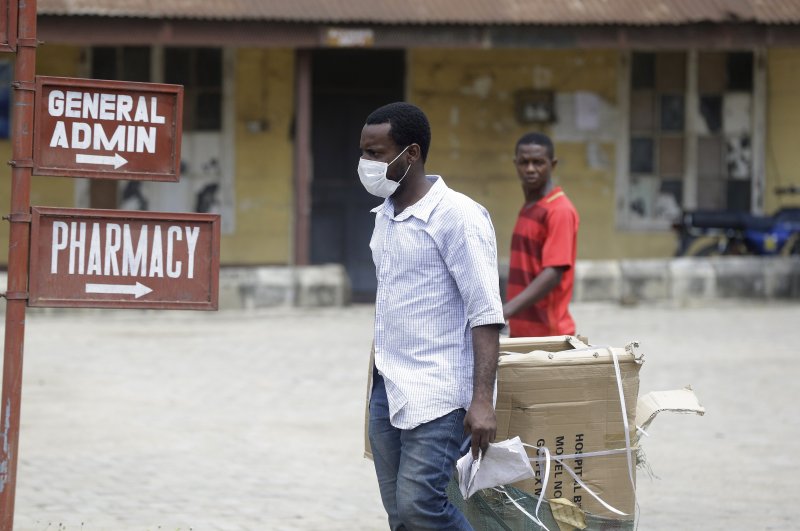 A man wearing a face mask walks at the Mainland Hospital Yaba, where the first Nigerian victims are being treated, Lagos, Feb. 28, 2020. (AP Photo)
by Compiled from Wire Services Feb 28, 2020 4:30 pm
RECOMMENDED

The coronavirus outbreak is "getting bigger," the World Health Organization (WHO) said on Friday after sub-Saharan Africa confirmed the region’s first case, reiterating its warning that the virus could reach most "if not all countries."

The list of countries hit by the illness grew to 59 with nine more countries reporting their first case of COVID-19, namely Iceland, Mexico, Nigeria, Estonia, Denmark, Netherlands, Lithuania, Belarus and Azerbaijan, WHO spokesman Christian Lindmeier said. "The outbreak is getting bigger," Lindmeier told a Geneva news briefing. "The scenario of the coronavirus reaching multiple countries, if not all countries around the world, is something we have been looking at and warning against since quite a while," he said.

Nigerian authorities on Friday reported the first confirmed case of the new coronavirus in sub-Saharan Africa as the outbreak spread to a region with some of the world's weakest health systems. The health commissioner for Lagos, Africa's largest city with more than 20 million people, said an Italian citizen who entered Nigeria on Tuesday from Milan on a business trip fell ill the next day.

Cases of the virus were confirmed in Egypt and Algeria in northern Africa in recent days. Until then, some global health experts had expressed surprise that no cases had been reported in Africa. It was concerns about the virus spreading to countries with weaker health systems that led the WHO to declare the outbreak a global health emergency. Nigeria is one of 13 African countries that the WHO classified as a high priority in this outbreak because of its direct links to China and the high number of visitors from there.

The Africa Center for Disease Control and Prevention has hurried to train its 54 member countries in testing for the virus. Just two countries had the capability at the beginning of this month. Now more than two dozen have it, including Nigeria.

Since the WHO declared the accelerating outbreak a global emergency on Jan. 30, the virus has continued to make its way across the globe. The Geneva-based WHO said earlier it no longer had a process for declaring a pandemic, but the coronavirus outbreak continues to spread to different countries.

China, the epicenter of the deadly virus, is no longer the only breeding ground. The contagion appears to be emanating from other hotbeds of infection, including Iran, South Korea and Italy. According to the WHO, the epidemic has peaked at its epicenter in China, where it has killed 2,791 people, as of Friday. However, the situation has worsened elsewhere.

A WHO mission to Iran, which has now reported 388 cases and 34 deaths, is supposed to start work early next week. All schools in Iran will close for three days starting Saturday over coronavirus concerns, Iran's health minister announced on Friday. The outbreak of the new virus in Iran has been dramatic as the head of Iran's task force to stop the illness was seen coughing, sweating and wheezing across televised interviews before acknowledging he was infected. Then days later, a visibly pale official sat only meters away from President Hassan Rouhani and other top leaders before she too reportedly came down with the virus. Four more Iranian deputies have reportedly tested positive for coronavirus, according to an Iranian member of parliament, as reported by Anadolu Agency (AA).