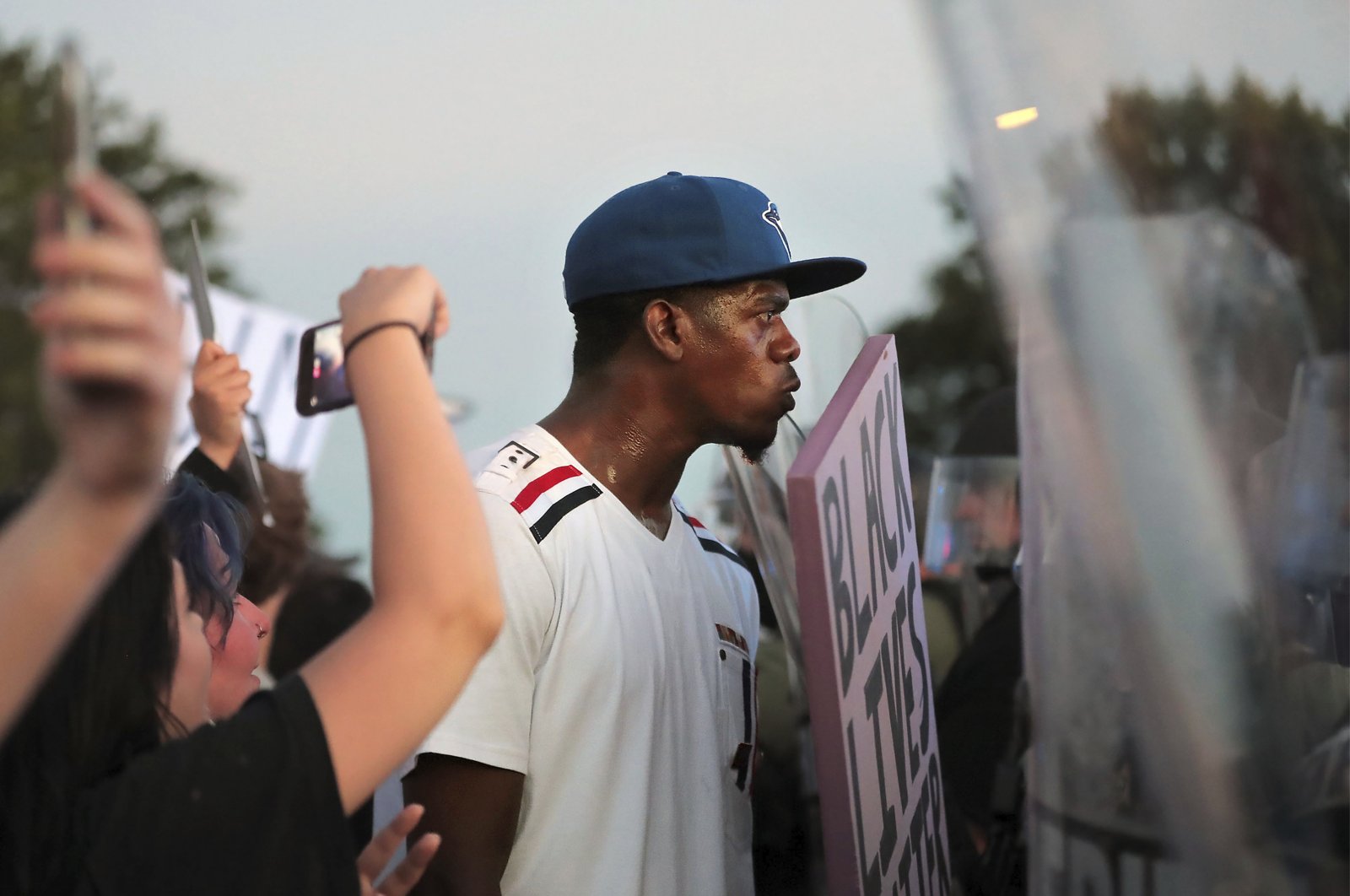 A demonstrator protesting the murder of George Floyd confronts a line of Shelby County sheriff deputies while trying to cross the Harahan Bridge in Memphis, Tennessee, May 31, 2020. (Daily Memphian via AP)
by French Press Agency - AFP Jun 01, 2020 2:24 pm
RECOMMENDED

Zimbabwe summoned the U.S. ambassador Monday over remarks by a senior American official accusing the southern African country of stirring anti-racism protests over the death of George Floyd, the government said.

The U.S. has been rocked by days of sometimes violent protests after Floyd, an African American, died while a white police officer knelt on his neck, ignoring complaints he could not breathe.

"As I am speaking to you now he is in a meeting with my minister," Manzou told Agence France-Presse (AFP) in the capital Harare on Monday.

"We prefer having friends and allies to having unhelpful adversity with any other nation including the USA," Mangwana tweeted late Sunday.

Zimbabwe-U.S. relations have been tense since Washington imposed sanctions against former President Robert Mugabe and members of his inner circle in 2002 over rights abuses.

Those sanctions were extended in March of this year, with Washington citing President Emmerson Mnangagwa's failure to implement reforms as well as his violent crackdowns on opposition since he took power in 2017.

"Anyone who has seen the genesis of recent events, from the tragic death of Mr. Floyd to the subsequent protests, will realize that any accusations of Zimbabwean involvement at any stage are farcical," the unnamed official said.