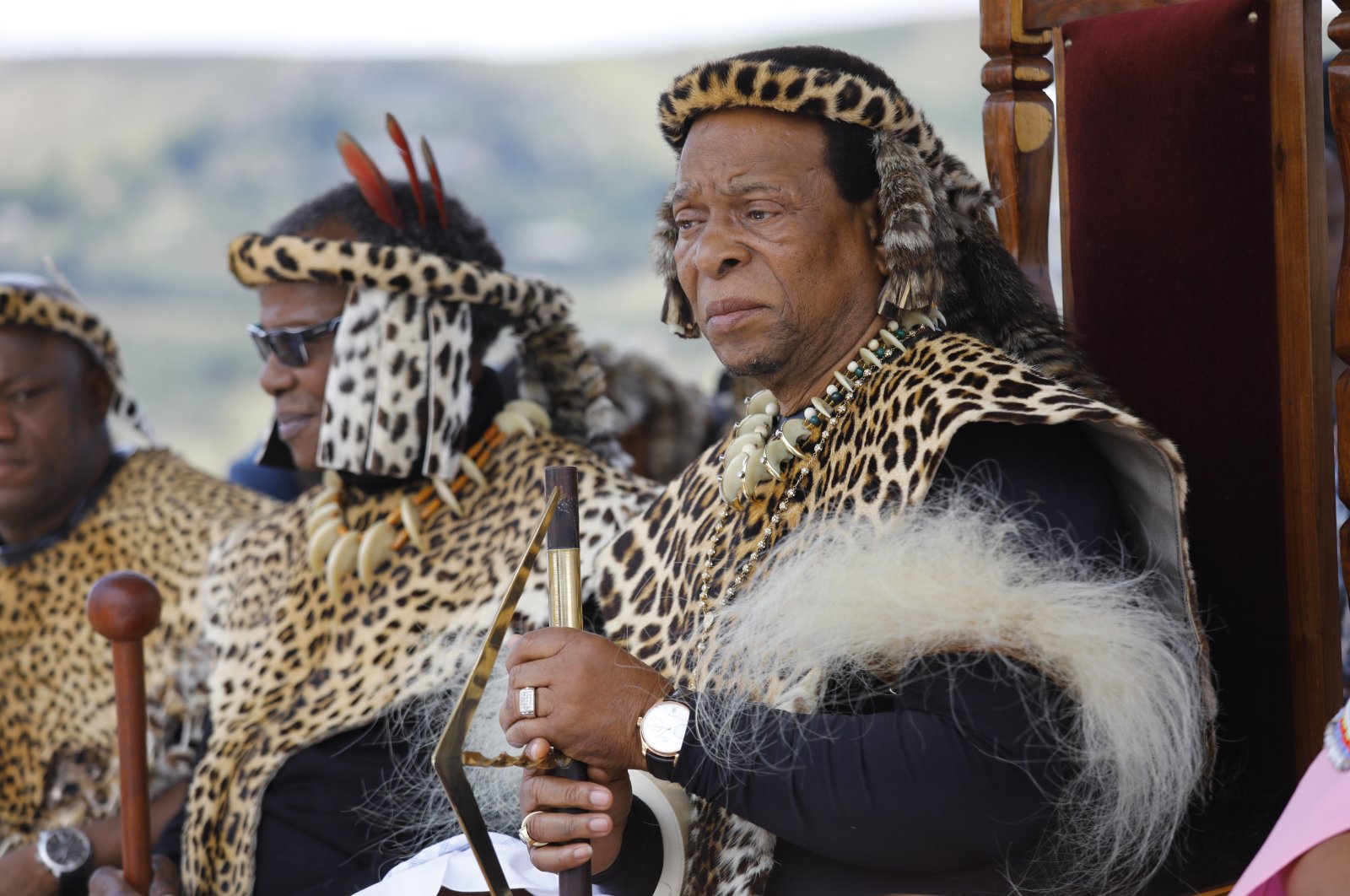 Zulu King Goodwill Zwelithini (R) watches members of a group perform as Zulu warriors and British Soldiers on the 140th-anniversary of the Battle of Isandluana in Dundee, South Africa, Jan. 25, 2019.
by daily sabah Mar 12, 2021 1:04 pm
RECOMMENDED

King Goodwill Zwelithini of the Zulu people in South Africa has died on Friday in the hospital where he was being treated for diabetes-related issues.

The king, 72, was the leader of South Africa’s largest ethnic group, the Zulu. He had been taken to the hospital in KwaZulu-Natal last week to monitor his ongoing diabetes, according to a report by Demirören News Agency (DHA).

The royal family announced in a statement that King Zwelithini's diabetes-related condition suddenly worsened and he died in the early hours of the morning.

The king's prime minister thanked South Africa for its "continued prayers and support in this most difficult time".

Zwelithini had been ill for about a month before his death. Prince Mangosuthu Buthelezi previously announced that King Zwelithini’s condition was being treated with caution because of the risks associated with COVID-19.

There were rumors that Zwelithini had died in early February, which Buthelezi called “cruel” and “irresponsible.”

King Zwelithini ruled the Zulu nation under the Traditional Leadership clause of South Africa's republican constitution. His role was largely ceremonial, and he was the longest-serving Zulu monarch. Following his father’s death in 1968 he was the successor to the throne at the age of 20. Since then, his reign lasted over 50 years. However, he wasn’t crowned for two years because he went into hiding after receiving death threats.

Zulu people are a Nguni ethnic group in Southern Africa. They are the single largest ethnic group and nation in South Africa with an estimated 10-12 million people living mainly in the province of KwaZulu-Natal. Considering that South Africa’s population is 59 million, Zulu people consist of 20% of the country. The Zulu formed a powerful state in 1816 under the leader Shaka. Shaka united what was once a confederation of tribes into an imposing empire under Zulu hegemony. He developed a militarized system with a standing army that was taught battle tactics. In 1879, Zulu warriors had their greatest success in warfare against 1,500 British troops. Nowadays Zulu people are a part of the Republic of South Africa.