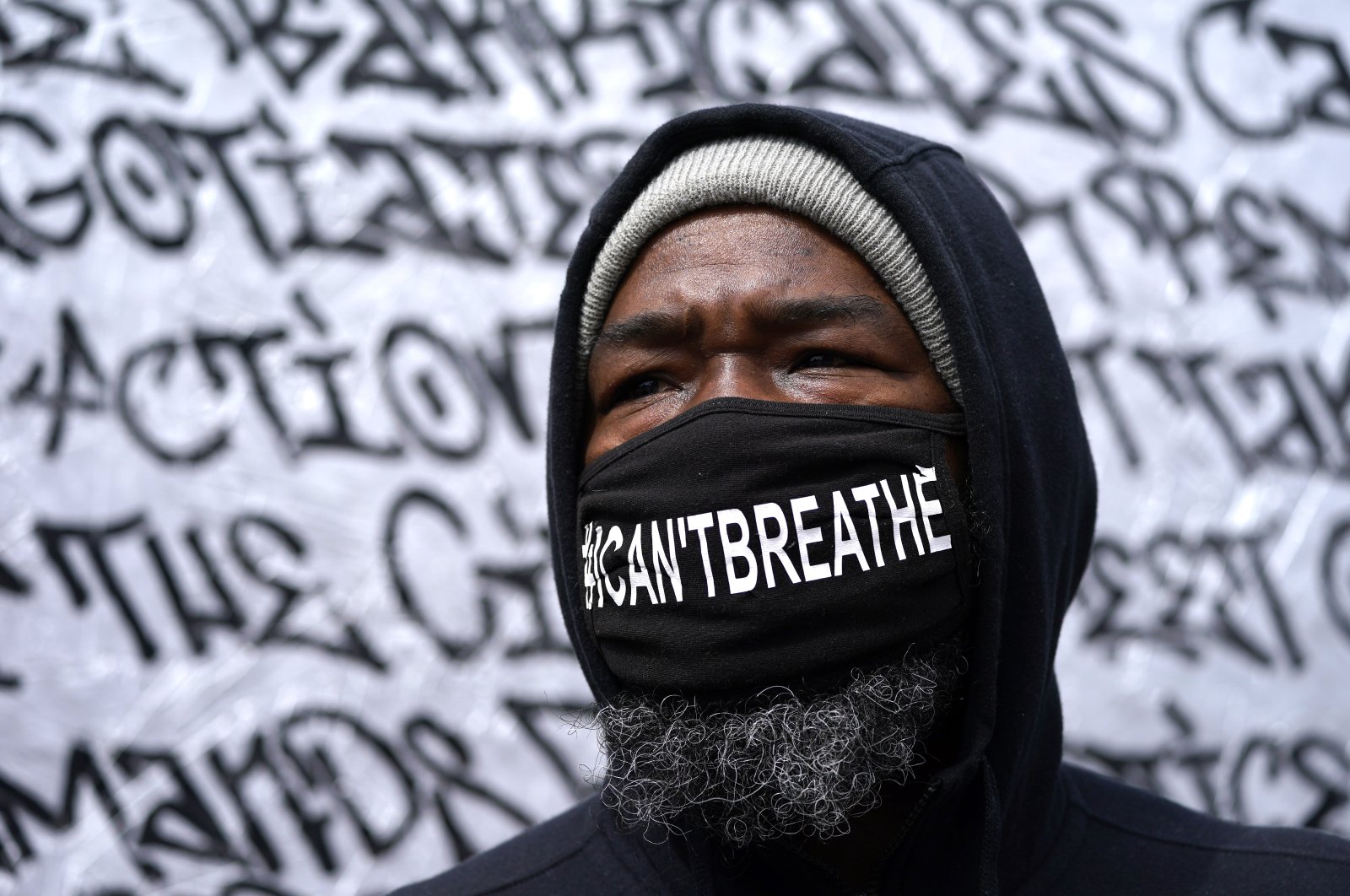 Kenneth Holt, 48, looks on as he visits George Floyd Square a day after former Minneapolis police Officer Derek Chauvin was convicted on all counts for the 2020 death of Floyd, Wednesday, April 21, 2021, in Minneapolis. (AP Photo)
by ASSOCIATED PRESS May 07, 2021 11:15 pm
RECOMMENDED

Four former police officers involved in George Floyd’s arrest and murder have been indicted by a United States federal grand jury with charges of willfully violating Floyd's constitutional rights as he was restrained facedown and gasping for air.

A three-count indictment unsealed Friday names Derek Chauvin, Thomas Lane, J. Kueng and Tou Thao. Chauvin was convicted last month on state charges of murder and manslaughter and is appealing. The other three are set for state trial Aug. 23. It is not clear what will happen in this case, but generally, the state charges play out before federal charges do.

The indictment sends a strong message about the Justice Department's priorities. Floyd’s May 25 arrest and death, which a bystander captured on cellphone video, sparked mass protests nationwide that called for an end to racial inequalities and police mistreatment of black people.

When President Joe Biden was elected, he promised he would work to end disparities in the criminal justice system. The indictments were handed down about a week after federal prosecutors brought hate crimes charges in the death of 25-year-old Ahmaud Arbery in Georgia and announced two sweeping probes into policing in two states.

The Rev. Al Sharpton said the federal charges against the officers show the Justice Department “does not excuse it nor allow police to act as though as what they do is acceptable behavior in the line of duty.”

“What we couldn’t get them to do in the case of Eric Garner, Michael Brown in Ferguson, and countless others, we are finally seeing them do today,” Sharpton said.

Floyd, 46, died after Chauvin pinned him to the ground with a knee on his neck, even as Floyd, who was handcuffed, repeatedly said he could not breathe. Kueng and Lane also helped restrain Floyd – state prosecutors have said Kueng knelt on Floyd’s back and Lane held down Floyd’s legs. State prosecutors say Thao held back bystanders and kept them from intervening during the 9 1/2-minute fatal restraint.

Lane, Thao and Kueng made initial court appearances Friday via videoconference in the U.S. District Court in Minneapolis, and remain free on bond. Chauvin is held in state custody as he awaits sentencing on the state charges and has not yet appeared in federal court.

While all four officers are charged broadly with depriving Floyd of his rights while acting under government authority, the indictment breaks down the counts. A count against Chauvin alleges he violated Floyd’s right to be free from unreasonable seizure and from unreasonable force by a police officer.

Thao and Kueng are charged with violating Floyd’s right to be free from unreasonable seizure by not intervening to stop Chauvin as he knelt on Floyd’s neck. It is not clear why Lane, who held down Floyd’s legs, is not mentioned in that count, but evidence in the state’s case shows that Lane had asked twice whether Floyd should be rolled on his side. All four officers are charged for their failure to provide Floyd with medical care.

Chauvin was also charged in a second indictment, stemming from the use of force and neck restraint of a 14-year-old boy in 2017.

Chauvin’s attorney, Eric Nelson, argued during his murder trial that Chauvin acted reasonably and Floyd died because of underlying health issues and drug use. He has filed a request for a new trial.

Ben Crump and the team of attorneys for Floyd's family said the civil rights charges reinforce “the strength and wisdom" of the Constitution. “We are encouraged by these charges and eager to see continued justice in this historic case that will impact black citizens and all Americans for generations to come,” the attorneys said in a statement.

To bring federal charges in deaths involving police, prosecutors must believe an officer acted under the “color of law,” or government authority, and willfully deprived someone of their constitutional rights. That is a high legal standard. An accident, bad judgment or simple negligence on the officer’s part is not enough to support federal charges. Prosecutors need to prove the officer knew what he was doing was wrong in that moment, but did it anyway.

The indictment in Floyd's death says Chauvin kept his left knee on Floyd's neck as he was handcuffed and unresisting. Thao and Kueng allegedly were aware Chauvin had his knee on Floyd’s neck, even after Floyd became unresponsive, and “willfully failed to intervene to stop Defendant Chauvin’s use of unreasonable force.” All four officers are charged with willfully depriving Floyd of liberty without due process, including the right to be free from “deliberate indifference to his serious medical needs.”

The other indictment, against Chauvin only, alleges he deprived a 14-year-old boy of his right to be free of unreasonable force when he held the teen by the throat, hit him in the head with a flashlight and held his knee on the boy’s neck and upper back while he was prone, handcuffed and unresisting.

According to a police report from that 2017 encounter, Chauvin wrote that the teen resisted arrest and after the teen, whom he described as 6-foot-2 and about 240 pounds, was handcuffed, Chauvin “used bodyweight to pin” him to the floor. The boy was bleeding from the ear and needed two stitches.

That encounter was one of several mentioned in state court filings that prosecutors said showed Chauvin had used neck or head and upper body restraints seven times before dating back to 2014, including four times state prosecutors said he went too far and held the restraints “beyond the point when such force was needed under the circumstances.”

Bob Bennett, an attorney for the teenager, said the “familiar behavior” from Chauvin showed Floyd was not his first victim.

Minnesota Attorney General Keith Ellison, whose office is prosecuting the state charges, said the federal government is responsible for protecting the civil rights of every American and “federal prosecution for the violation of George Floyd’s civil rights is entirely appropriate.”

Any federal sentence would be served at the same time as a state sentence.

At the White House Friday, press secretary Jen Psaki said Biden did not have a direct reaction to the indictments. She added that the George Floyd case was “a reminder of the need to put police reform in place through our legislative process.”