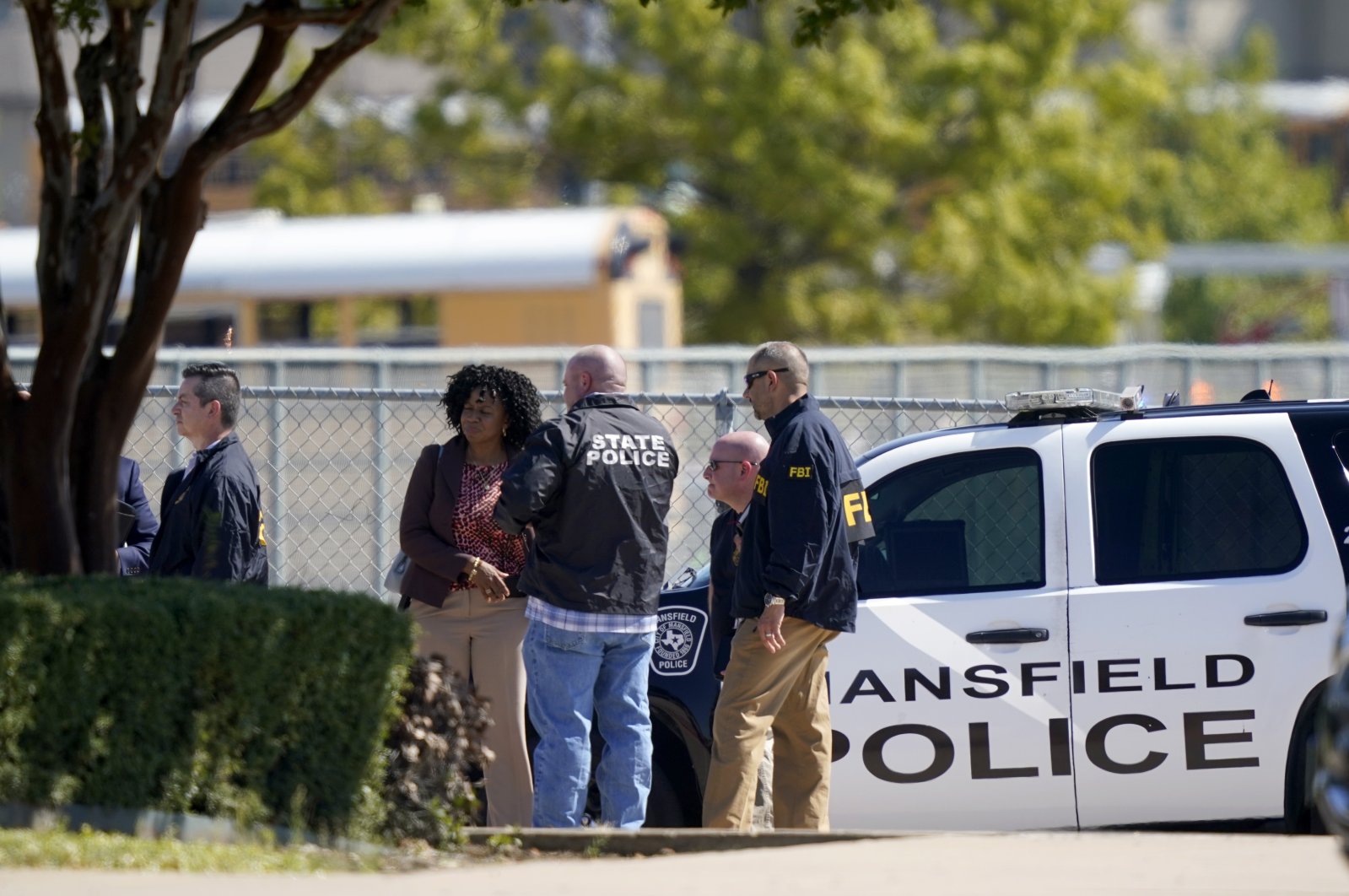 A student opened fire inside a Dallas-area high school during a fight, injuring four people before he fled, authorities said in a statement on Wednesday.

The mass shooting happened at Timberview High School in Arlington, which is part of the Dallas-Fort Worth metropolitan area. Two people were shot and two others had unspecified injuries, Arlington Assistant Police Chief Kevin Kolbye said at a news conference.

Three of the four were taken to hospitals and the other person refused treatment, he said.

Police were searching for the suspected shooter, whom they identified as 18-year-old Timothy George Simpkins. They said he might be driving a 2018 silver Dodge Charger with the license plate number PFY-6260.

Kolbye said the shooting happened after a fight broke out.

“This is not a random act of violence," he said. “This is not somebody attacking our school."

Timberview serves about 1,900 students in ninth through 12th grades. The sprawling complex opened in 2004.

The shooting happened just days after a shooting at a Houston charter school that injured an administrator. Texas’ deadliest school shooting occurred in May of 2018 when a then-17-year-old armed with a shotgun and a pistol opened fire at Santa Fe High School near Houston, killing 10 people, most of whom were students.