4 members of Khashoggi hit squad received training in US 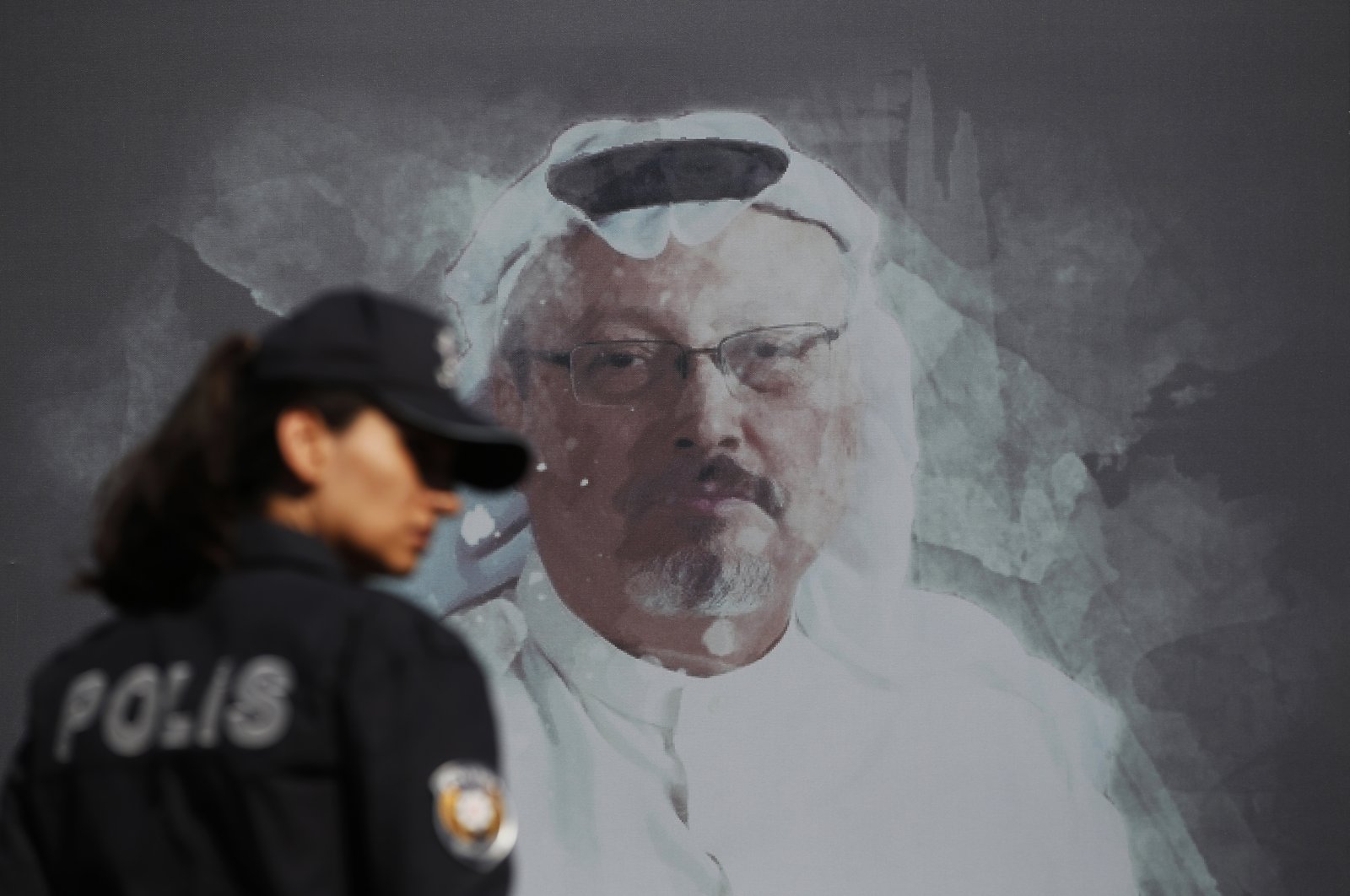 A Turkish police officer walks past a picture of slain Saudi journalist Jamal Khashoggi prior to a ceremony, near the Saudi Arabia consulate in Istanbul, marking the one-year anniversary of his death, Wednesday, Oct. 2, 2019. (AP File Photo)
by Agencies Jun 23, 2021 9:17 am
RECOMMENDED

Citing documents and people familiar with the arrangement, the New York Times reported that the Saudi operatives had received training from Tier 1 Group (T1G) in 2017 and that two of them had participated in a previous version of the training that ran from October 2014 until January 2015.

However, the Arkansas-based security company – owned by private equity firm Cerberus Capital Management – claimed the training “was defensive in nature and devised to better protect Saudi leaders,” said the Times.

In response to the Times report, State Department spokesman Ned Price said under the law the department cannot comment "on any of the licensed defense export licensing activity alleged in media reporting."
Price also said U.S. policy towards Saudi Arabia "will prioritize the rule of law and respect for human rights," according to remarks carried by Reuters.

Khashoggi was brutally murdered and likely dismembered after being lured by Saudi officials to their consulate in Istanbul, Turkey, in October 2018. While Riyadh initially denied any role in his death, it later sought to pin blame on what it said was a botched rendition operation.

That explanation has been widely rejected.

The report further said that the crown prince, the kingdom’s de facto leader, “approved an operation ... to capture or kill” Khashoggi.

The training license was initially given by the State Department during the Barack Obama administration and the training continued during at least the first year of President Donald Trump’s term, said the Times.

Louis Bremer, a senior executive of Cerberus, T1G’s parent company, confirmed his company’s role in the training of four members of the Khashoggi kill team last year in written answers to questions from members of Congress as part of his nomination for a senior Pentagon job in the Trump administration, according to the Times.

But the lawmakers never received the answers because the Trump administration does not appear to have sent them to Congress before withdrawing Bremer’s nomination, according to the Times, which said Bremer provided it with the document. Bremer said the U.S. State Department and other government agencies are responsible for vetting foreign forces trained on U.S. soil, the Times reported.

Bremer also said the company did not train any Saudis after December 2017, as Anadolu Agency (AA) reported.

“T1G management, the board and I stand firmly with the U.S. government, the American people and the international community in condemning the horrific murder of Jamal Khashoggi,” Bremer told the newspaper in a statement.