46 million US workers could be jobless in short term, Fed official says 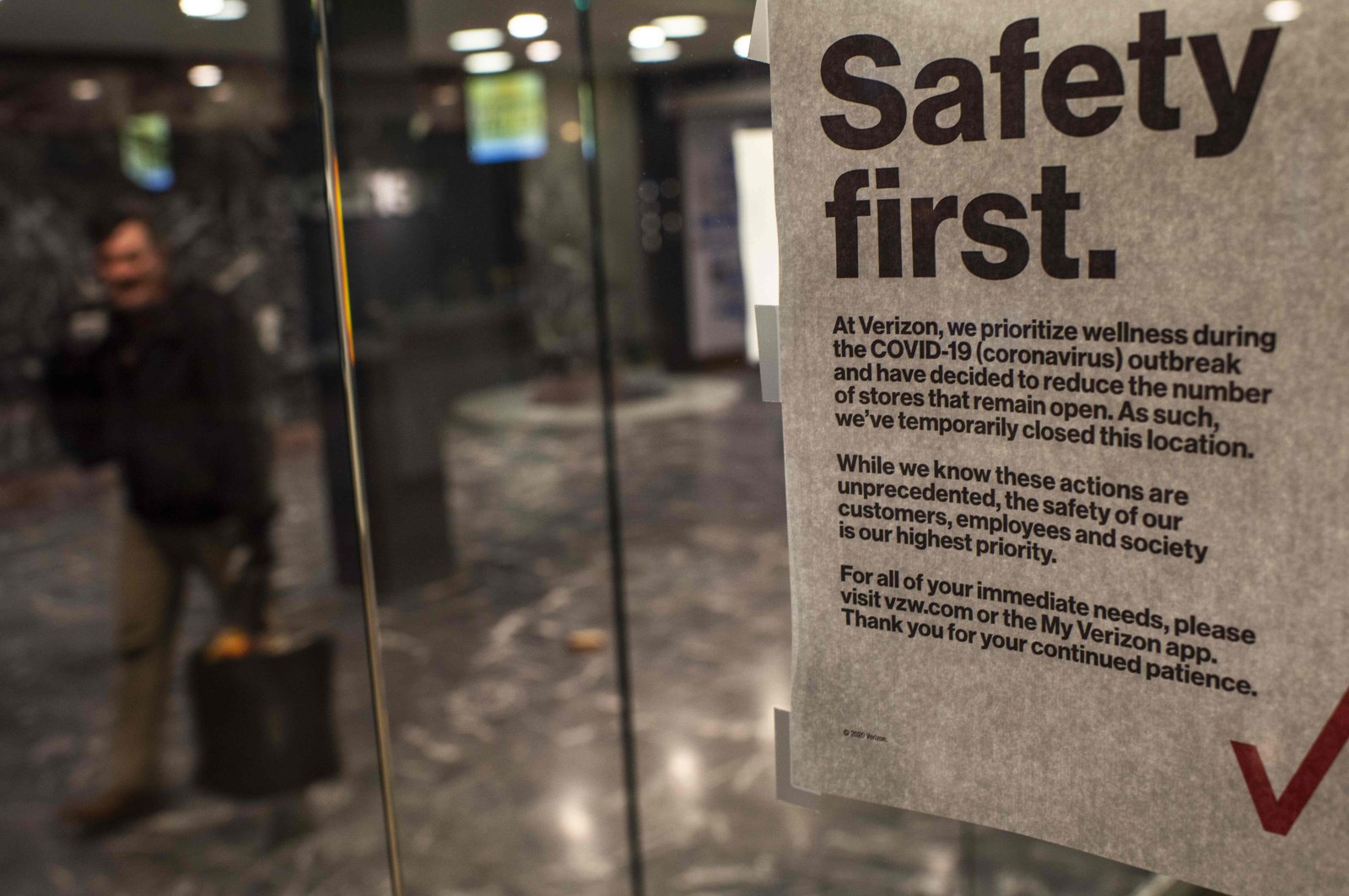 A sign warning of the Covid-19 coronavirus is displayed in the corridors of Union Station as the US Capital train station is almost deserted by commuters during the 6pm usual rush hour in Washington on March 25, 2020. (AFP Photo)
by Compiled from Wire Services Mar 26, 2020 10:34 am

As many as 46 million people in the U.S. may be left jobless in the short term as companies shut down services that have “high contact” with the public during the battle against the coronavirus epidemic, St. Louis Federal Reserve President James Bullard said Wednesday.

“They are people who are in some kind of occupation where they have interaction with the public and that is exactly what our health authorities say is not supposed to be occurring,” Bullard said in the latest of a series of interviews with media. He said the hit to the economy in the coming weeks can be short-term if policymakers move fast to rollout income support and other programs.

Nonetheless, it is still opening old wounds from the 2007-2009 economic crisis over who deserves what, whether corporations should get help, and how generous the government should be with workers.

Bullard was among the large group at the Fed who at first felt the virus risk would pass with little economic damage, as have other similar health scares such as SARS and Ebola.

They are all now trying to catch up, with emergency rate cuts, extensive new programs to keep markets working, and other steps to aid an economy grinding to a halt.