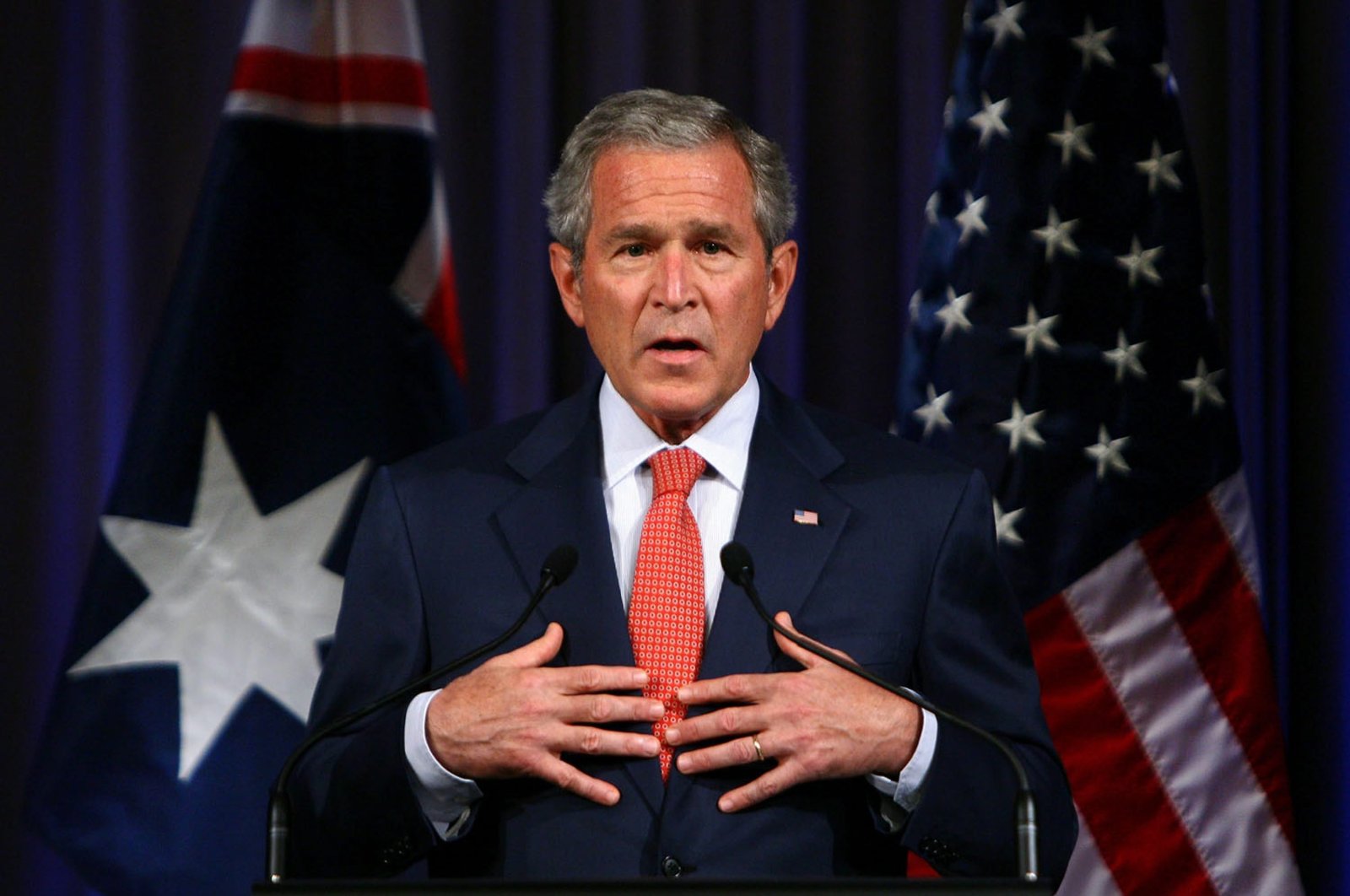 Former U.S. President George W. Bush criticized on Wednesday the withdrawal of NATO and foreign troops after a 20-year military presence there, saying that he was worried about women and girls in Afghanistan and that civilians were being left to be "slaughtered" by the Taliban.

Asked in an interview with German international broadcaster Deutsche Welle whether the withdrawal is a mistake, Bush replied: "You know, I think it is, yeah, because I think the consequences are going to be unbelievably bad.”

"Afghan women and girls are going to suffer unspeakable harm. This is a mistake ... They're just going to be left behind to be slaughtered by these very brutal people, and it breaks my heart," Bush said, according to remarks carried by Reuters.

In the DW interview, which marked outgoing German Chancellor Angela Merkel's final official visit to the U.S., Bush said he believed Merkel "feels the same way." He said Merkel had supported the deployment in Afghanistan in part "because she saw the progress that could be made for young girls and women in Afghanistan.”

"It's unbelievable how that society changed from the brutality of the Taliban, and all of a sudden – sadly – I'm afraid Afghan women and girls are going to suffer unspeakable harm,” Bush said.

The former Republican president Bush said Merkel, who is set to retire from politics later this year after 16 years in power, had brought "class and dignity to a very important position and made very hard decisions."

U.S. and NATO forces began withdrawing from Afghanistan in early May and are due to completely pull out by September 11, some 20 years after they arrived in the war-torn country. Most of the 2,500 U.S. and 7,500 NATO troops who were in Afghanistan when U.S. President Joe Biden detailed the final withdrawal in April have now gone, leaving Afghan troops to fight an emboldened Taliban seemingly bent on a military victory.

The country is facing a crisis as the insurgents snap up territory across the countryside, stretching government forces and leading to a fresh wave of internally displaced families, complicated by a renewed outbreak of COVID-19.

The United Nations said on Sunday the rising conflict is causing "more suffering" across the violence-wracked country as it called for continuous financial aid. Biden has insisted, however, that it is time for U.S. involvement in the war to end and for Afghans to chart their own future.

The war in Afghanistan began under Bush after the Sept. 11, 2001 attacks on the United States. Washington gave Taliban leader Mullah Omar an ultimatum: hand over al-Qaida leader Osama bin Laden and dismantle militant training camps or prepare to be attacked.

Omar refused, and a U.S.-led coalition launched an invasion in October. The withdrawal of U.S. and NATO troops set in motion earlier this year by current President Joe Biden is now nearing completion.

Taliban fighters have been surging through district after district, taking control of large swaths of the country.

During the Taliban’s rule in the late 1990s, women were largely confined to their homes, and girls had no access to education. However, there was no mass violence against girls and women.

"I'm sad,” Bush said. "Laura (Bush) and I spent a lot of time with Afghan women, and they're scared. And I think about all the interpreters and people that helped not only U.S. troops but NATO troops, and it seems like they're just going to be left behind to be slaughtered by these very brutal people. And it breaks my heart."