'Afghanistan withdrawal marks end of US remaking other countries' 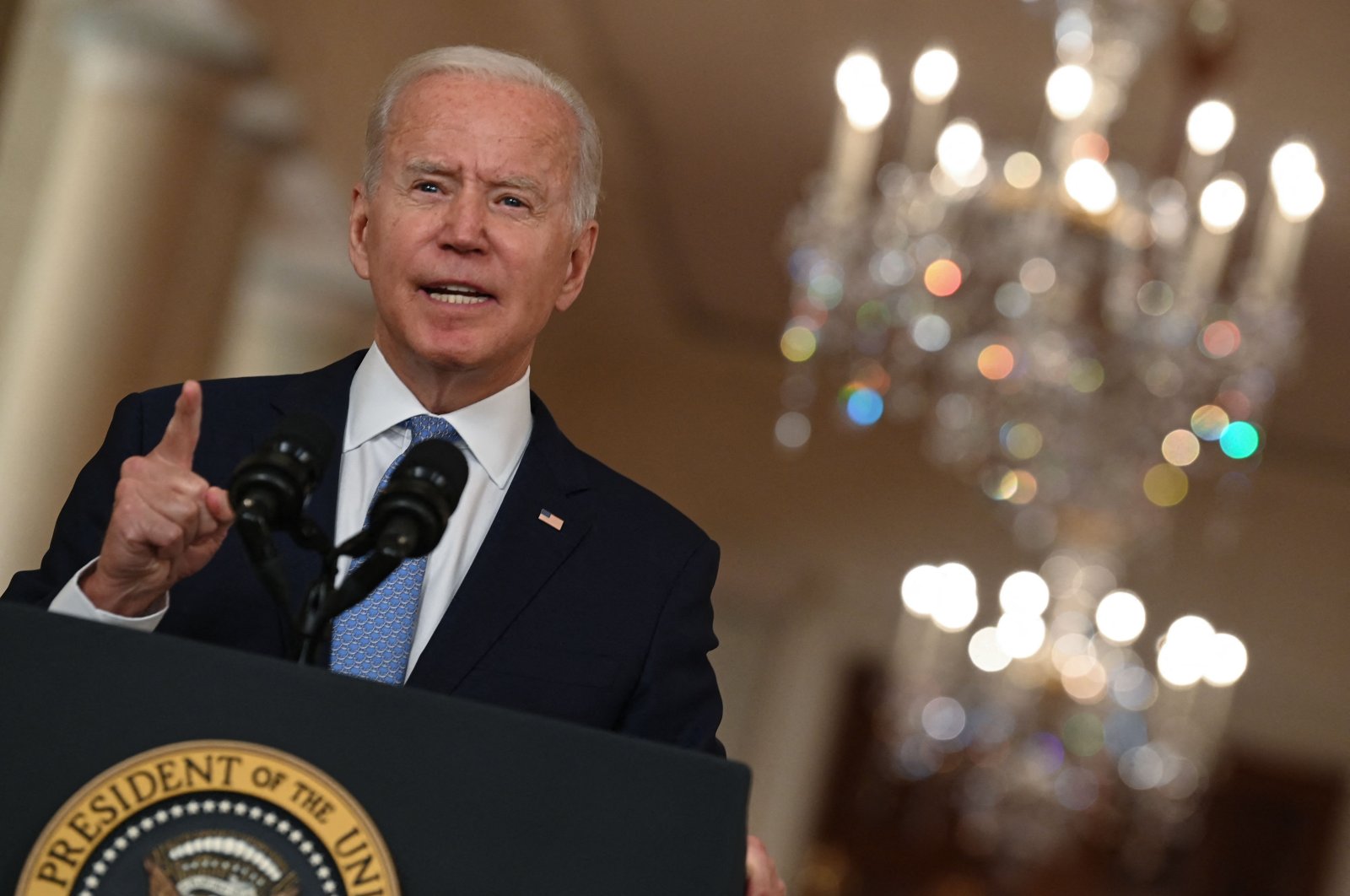 US President Joe Biden speaks on ending the war in Afghanistan in the State Dining Room at the White House in Washington, DC, on August 31, 2021. (AFP Photo)
by Daily Sabah with Agencies Aug 31, 2021 10:54 pm
RECOMMENDED

United States' decision to withdraw from Afghanistan is "also about ending an era of major military operations to remake other countries," U.S. President Joe Biden said in a statement late Tuesday, now that the war-ridden country is under complete Taliban rule.

"That was the choice: between leaving or escalating. I was not going to extend this forever war, and I was not extending a forever exit," Biden also said a day after the last U.S. soldiers pulled out of the country.

The president also said that a continued presence of U.S. forces in Afghanistan would not increase the safety of the U.S.

Biden also called the U.S. airlift of more than 120,000 people from Afghanistan an "extraordinary success."

"We completed one of the biggest airlifts in history," Biden said.

"No nation has ever done anything like it in all of history; only the United States had the capacity and the will and ability to do it," he said.

In addition to praise, there was also self-criticism in Biden's remarks.

"The evacuation could have been done in a more orderly manner," he said, adding that he "takes responsibility."

Biden also said that the U.S. "is not done yet" with the Daesh terrorist group, which recently carried out a twin bombing on the Kabul Hamid Karzai International Airport in Afghanistan.

The Taliban recently declared the war in Afghanistan over after taking control of the presidential palace in Kabul, while Western nations scrambled to evacuate their citizens amid chaos at Kabul Airport as frantic Afghans searched for a way out.